Bitcoin price is showing stability above $10,000, and traders explain where BTC’s next big move is headed

Bitcoin price has been fluctuating between $ 9,800 and $ 10,500 for almost a week after falling from near $ 12,100 on September 1. As BTC struggles to exit its current state, traders should be more cautious. 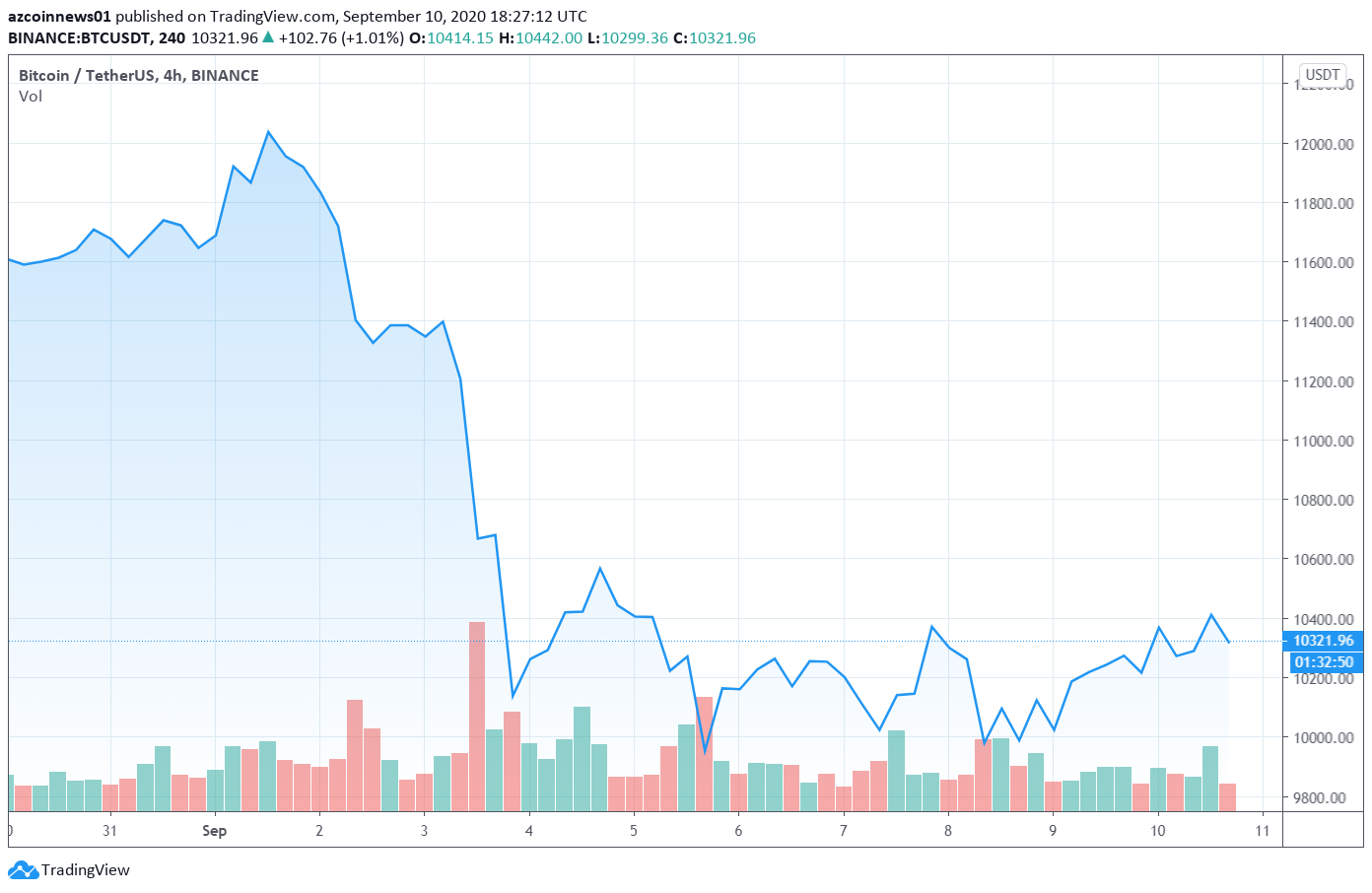 In the medium and long term, traders expect Bitcoin to recover and see the ongoing consolidation phase as a healthy pullback. From July 16 to August 17, Bitcoin rose from $ 9,005 to $ 12,486 on Coinbase – a pullback was deemed necessary at the time.

A large portion of Bitcoin’s daily trading volume comes from the futures market. Cryptocurrency futures exchanges use a mechanism called “funding” to achieve equilibrium in the Bitcoin market. This mechanism forces long contract holders to compensate those who are short part of their position if the market is in an extended position of Bitcoin and vice versa.

Dennis Vinokourov, head of research from BeQuant, and Guy Hirsch, chief executive of the eToro trading and brokerage platform, revealed that Bitcoin has a positive medium-term outlook due to different fundamental and technical factors.

After Bitcoin was rejected at $ 12,000, analysts suggested that many factors led to Bitcoin’s decline.

“The aggressive unwind of crowded positioning related to DeFi assets” could have contributed to the decline. However, other factors like whales taking profit, miners selling off their stashes, and a major South Korean exchange Bithumb reportedly being raided by police all might have applied to sell pressure on Bitcoin.”

During periods of low volatility, Hirsch emphasized, prices can plummet when there are fewer traders in the market:

“Mining pools are moving higher than usual volumes of Bitcoin onto exchanges while looking to cover their overheads, and investors have recently been more reserved (even for the usual summer lull). Lower volumes mean volatility, and price drops can be more drastic than they normally would be during heavier trading sessions.”

The upcoming pullback could benefit Bitcoin in the coming months. Because the fact that Bitcoin is rejected at significant levels is not a negative thing if the result is a calm market.

He also noted that traders’ leveraged and speculative outflows would correct after a period of consolidation:

“Price discovery and consolidation following a strong run-up is an indication of a healthy two-way market flow. Price rejection is not necessarily a bad development, as it allows market participants to take stock of the situation and look to align the interest of both leveraged/speculative flow and those of long-term holders.”

Entering the fourth quarter of 2020, analysts remain either neutral or optimistic about Bitcoin’s price trend and the abundance of technical factors that could drive sentiment around BTC from November to December. Historically, BTC has been active in the last two months of the year. Most notably, BTC climbed to a new all-time high in December 2017.

Potential technical catalysts include Bitcoin’s monthly candle close above $ 11,600 for the first time since 2017 and reaching resistance at $ 12,000. Albeit short-lived, Bitcoin marked a significant breakout after dropping to a low of $ 3,596 on BitMEX in March 2020.

The underlying factors that could contribute to Bitcoin’s uptrend are infrastructure strengthening, rising inflation, and near-zero interest rates. The low-interest-rate environment promotes the bullish momentum of gold and Bitcoin as it can devalue the US dollar.

“I do believe that this bearish sentiment is short-term, and there are some positive developments that support BTC’s continued growth, such as the Fed’s policy of near-zero interest rates for the considerable future.”

He also added that Bitcoin could breakthrough in the near term if awareness of the cryptocurrency increases as a hedge against inflation improves. During the past month, public companies and institutional investors have bought billions of dollars in Bitcoin. MicroStrategy, a US stock exchange, has invested $ 250 million in BTC as the company’s primary treasury asset.

But … any speculation is uncertain

But in the short term, technical analysts are still in tune with Bitcoin’s price trend. While he agrees that Bitcoin’s price will slow down at times, Bitcoin trader Jack said Bitcoin could be in a descending wedge and have only a 50% chance of a breakout or drop.

“Federal Reserve’s attempt to prop up the economy might fuel investors to look more closely at Bitcoin for some reasons, resulting in a positive uptick for the largest digital asset.”

But … any speculation is uncertain

But in the short term, technical analysts are still in tune with Bitcoin’s price trend. While he agrees that Bitcoin’s price will slow down at times, Bitcoin trader Jack said Bitcoin could be in a descending wedge and have only a 50% chance of a breakout or drop.

“BTC was testing the 128 DMA — historically often a level of support/resistance on trending price. Also, testing HTF support — the LTF doesn’t have me convinced yet. If LTF can show strength, I want more longs.” 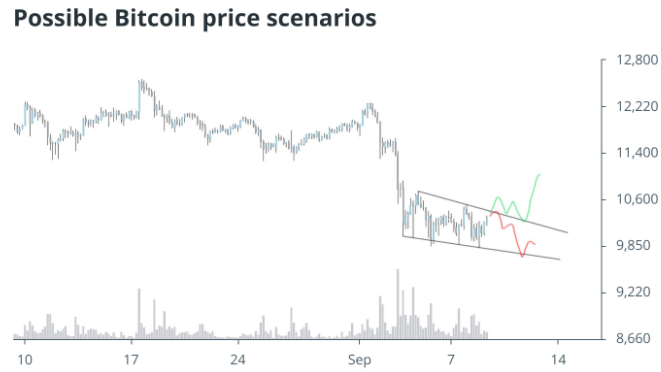 A bullish scenario for Bitcoin in the short term will result in a retest of the $ 11,000 resistance level. A bearish scenario would cause another drop to $ 9,000, potentially leading to BTC to a $ 9,650 CME gap that has yet to be filled.

Since Bitcoin whales often mark highs and lows for BTC, it is highly likely that BTC can drop to lows at $ 8,800 – identified by them as a buy zone.

But Hirsch says that during previous market cycles, Bitcoin rose in price in early November, ahead of major Asian holidays:

“We’ve seen these rallies happen several times, and so I wouldn’t be surprised if a Bitcoin rally would happen this year too.” Furthermore, Vinokourov believes that Bitcoin may retest the $12,000 mark soon, since “the number of Bitcoins locked on Ethereum continued to rise even as the total amount locked across the ecosystem declined.”