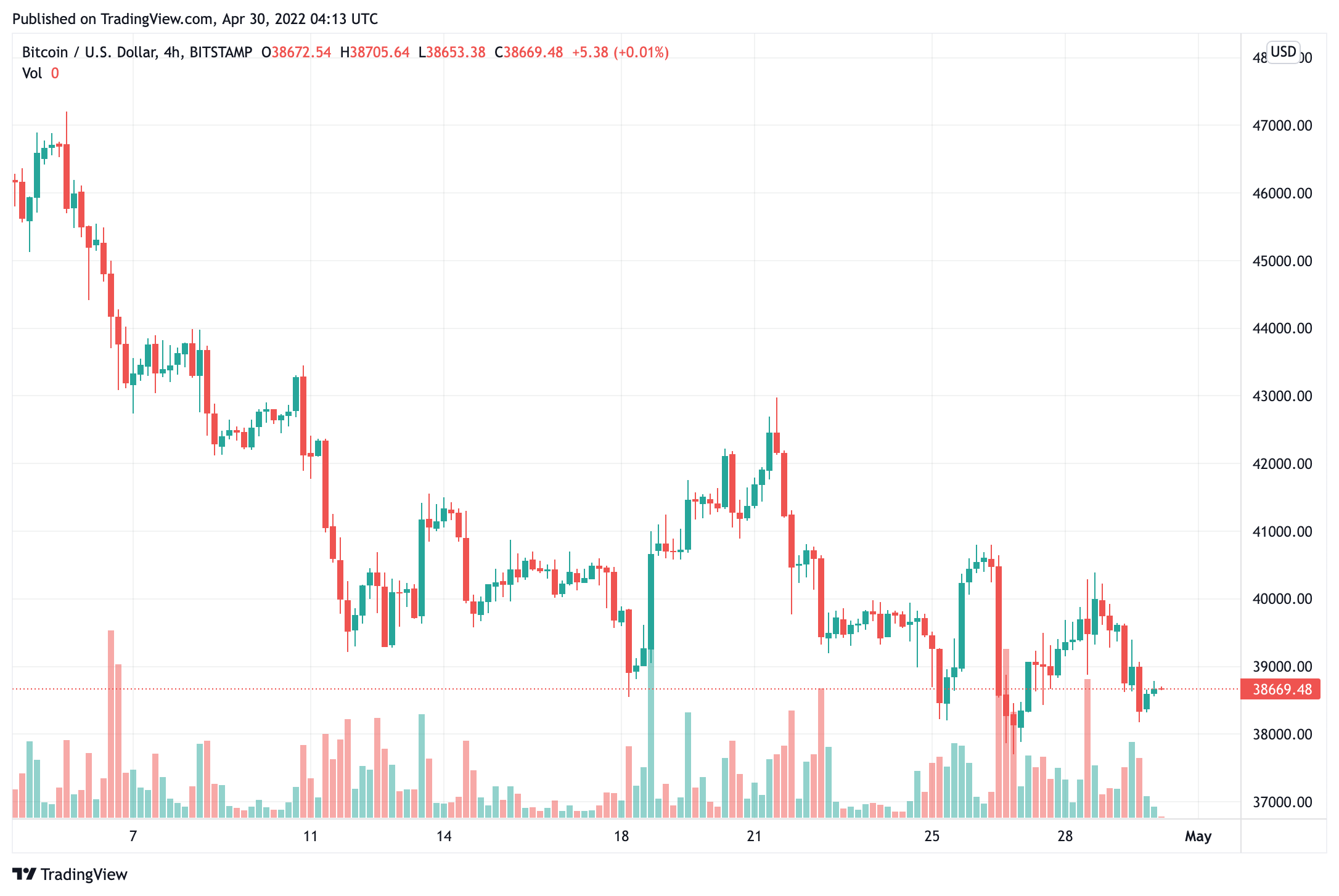 Bitcoin is testing support around its 100-week moving average, although upside momentum has slowed over the past month. The cryptocurrency could remain in a wide trading range until a decisive breakout or breakdown occurs.

Most technical indicators are neutral on the daily and weekly chart and bearish on the monthly chart. That could increase the risk of a price breakdown, especially if support at $37,500 fails to hold. A series of higher price lows since Jan. 24 has supported buying activity on dips. Still, resistance at $46,710 has capped rallies over the past three months. For now, BTC is on the watch for a countertrend reversal signal next week, per the DeMARK indicators, which typically precedes a brief upswing in price.

Most altcoins underperformed Bitcoin,  indicating a lower appetite for risk among traders. For example, Ether (ETH) was down by 5% over the past 24 hours, compared with a 4% dip in BTC and a 6% drop in Avalanche (AVAX) over the same period.

Dogecoin (DOGE) outperformed in April after experiencing a 20% price rally earlier this week. The move was partly driven by Twitter’s acceptance of a takeover bid from Tesla CEO Elon Musk. The meme-coin erased most of its gains over the past few days, although it was still well ahead of Shiba Inu’s (SHIB) 18% loss over the past 30 days.

ETC, the native cryptocurrency of Ethereum Classic, a blockchain project created in 2016 when Ethereum’s blockchain split into two separate chains, was the worst-performing crypto in April, falling from its top spot in March.

“Binance Coin (BNB) has seen its largest grouping of whale transactions since early March. When 100k+ transactions spike, as they are now, it typically foreshadows price direction changes. Be cautious, as the largest spike occurred at a local top”, Santiment reported. 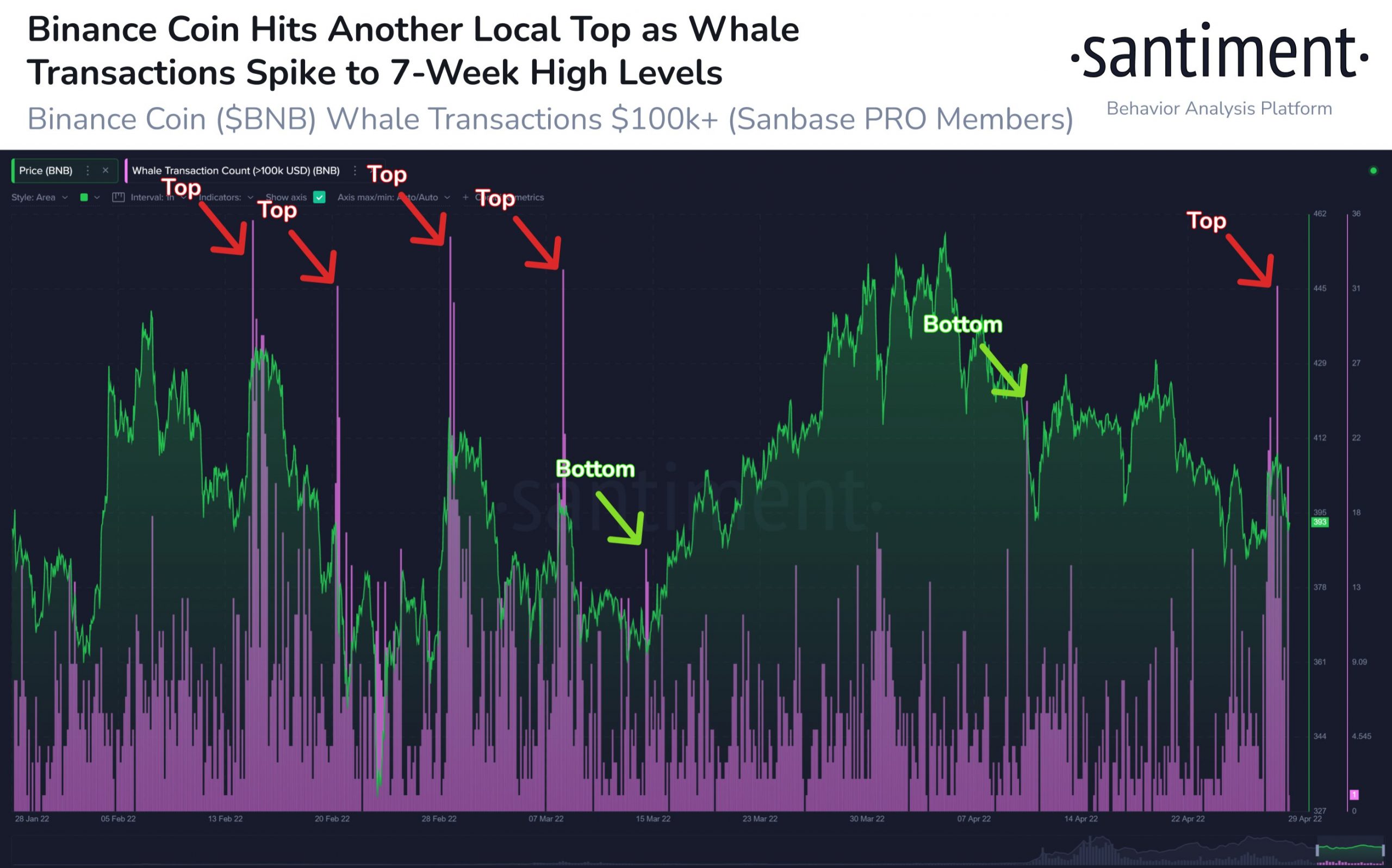 APE prices jumped to more than $27.50 from $19 before profit-taking saw the tokens decline to as low as $20.48. Thursday’s volatility came ahead of virtual pockets of land going on sale in the popular Bored Ape Yacht Club (BAYC) ecosystem, confirming rumors from last week. NEXO, the token of the Nexo crypto lending protocol that offers credit cards and loans to retail users, surged in the previous 24 hours after one of the world’s largest exchanges, Binance, listed the token. The token peaked at $3.64, just 13% off its all-time high in February.

The overall cryptocurrency market cap stands at $1.758 trillion, and Bitcoin’s dominance rate is 41.8%.