Bitcoin price must clear the $13,200 resistance and gain momentum to continue higher. The next major resistance on the upside is near the $13,300 level, above which the price might test $13,500.

If Bitcoin fails to climb above the trend line and the $13,200 resistance zone, there could be a bearish reaction. Initial support is near the $13,000 zone and the 100 hourly simple moving average.

A downside break below the 100 hourly SMA could lead the price towards the $12,800 support. There is also a key bullish trend line forming with support near $12,880 on the same chart. A clear break below the trend line support could open the doors for a larger decline in the coming sessions.

According to Thomas Heller of Hashr8, roughly 22 exahashes per second (EH / s) of mining power had left the Bitcoin network, coinciding with the end of the season the previous day. The hasharte Bitcoin plummeted towards the end of the rainy season in Sichuan, leading to more miners moving to other jurisdictions. 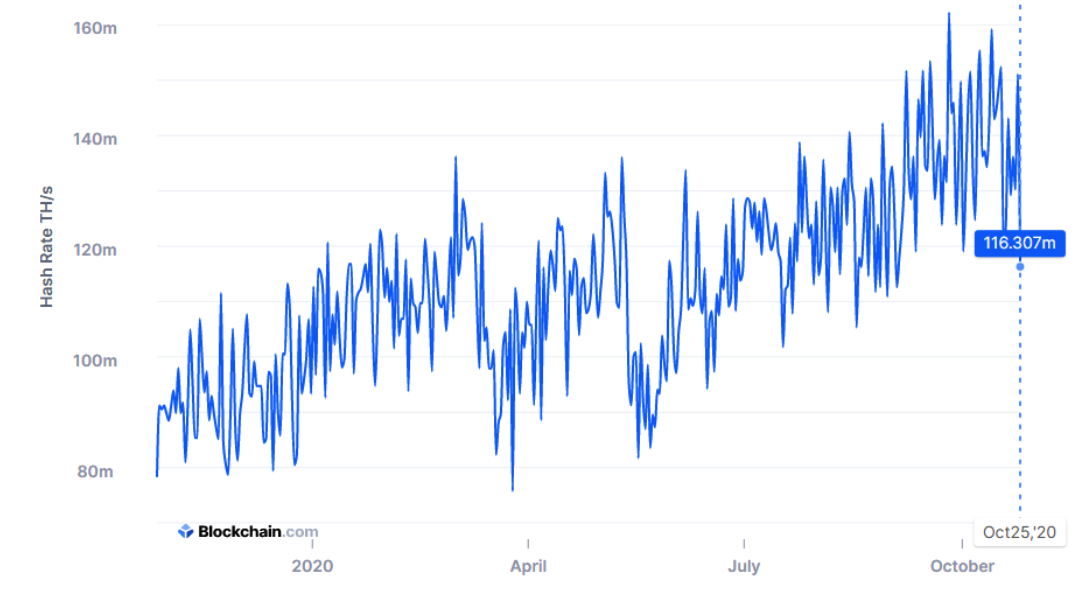 The most recent data from the University of Cambridge’s Bitcoin Electricity Consumption Index (BECI) estimates the province represented 18.5% of global hash rate as of April 2020 – which was double the rate prior to the rainy season.

In 2018, it is estimated that 80% of Chinese miners switch to Sichuan for the rainy season from other parts of the country. CoinShares data released in December 2019 estimates Sichuan represents 54% of global mining activity.