Bitcoin price has risen even higher as buyers continue to flock. This market-leading cryptocurrency just hit a New Year-to-date high of $ 13,750. Before this event, quite a few thought that BTC still had the potential for momentum to rise above an important technical model on a macro scale – which had brought Bitcoin above the $ 12,000 resistance. 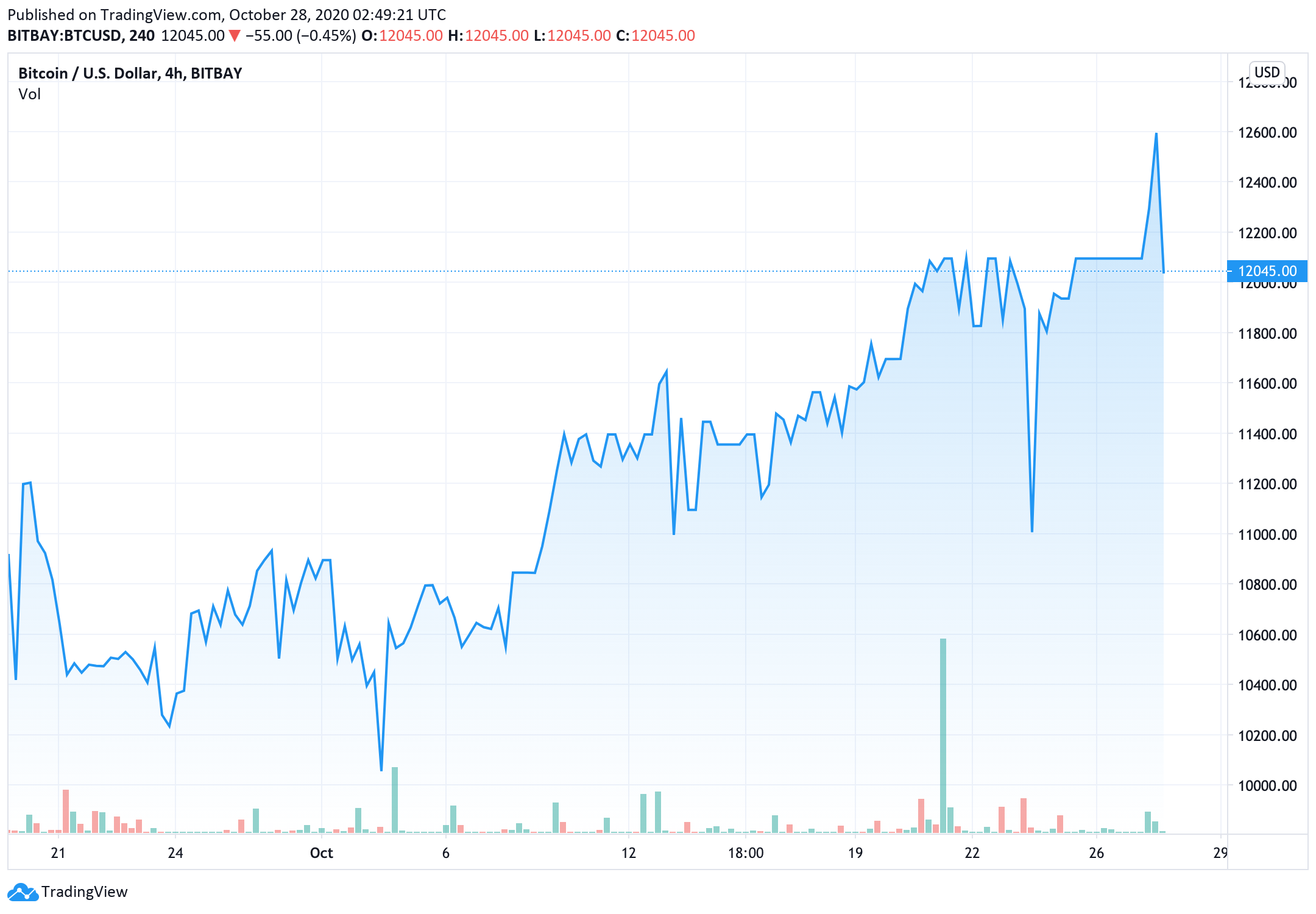 Bitcoin price just hit a New Year high of $ 13,750, up more than 5% in the past 24 hours and 15% over the past seven days. Bitcoin is expected to enter a long-term uptrend when it makes a major breakout. In fact, analysts think Bitcoin’s continued highs mark its most significant breakout ever.

According to cryptocurrency analyst CryptoBirb, Bitcoin’s ongoing rally has put it above a key technical model: a macro flag. It was also the pattern that brought Bitcoin above the $ 12,000 resistance – the pivot point at which much of the bulls took place. Bitcoin is trading above the $ 12,000 weekly resistance, marking the highest weekly close since January 2018. 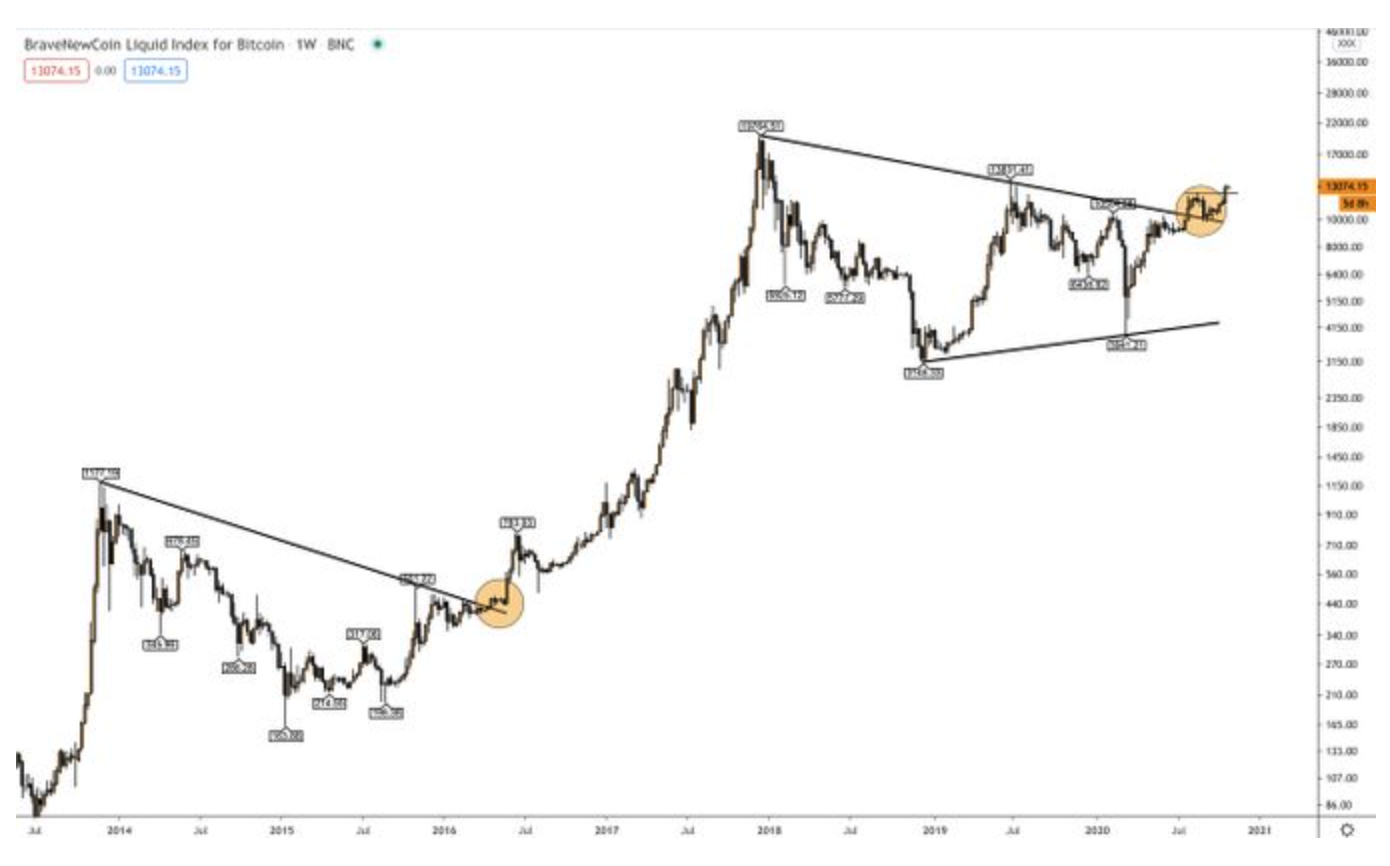 Chart of BTC’s price action since the middle of 2013 | Source: TradingView

Due to this move’s technical implications, many have called it the most important breakthrough in BTC history. Furthermore, Bitcoin’s recent price action looks similar to late 2015 and early 2016. It was at that point that Bitcoin started its bullish momentum.

CryptoBirb is not the only trader who thinks Bitcoin’s recent price action is pivotal to the asset’s technical indicators.

According to analyst SmartContracter, Bitcoin’s weekly close above the strong resistance of $ 12,000 suggests that upside momentum remains limited. However, there are some reasons to consider in the future.

“Keeping it simple here with $btc, the weekly chart looks phenominal. now firmly above all downtrends from the 2017 20k top and this week just closed on its highs above key 12.5k resistance. the sky is the limit now IMO, and this market is not for shorting!” 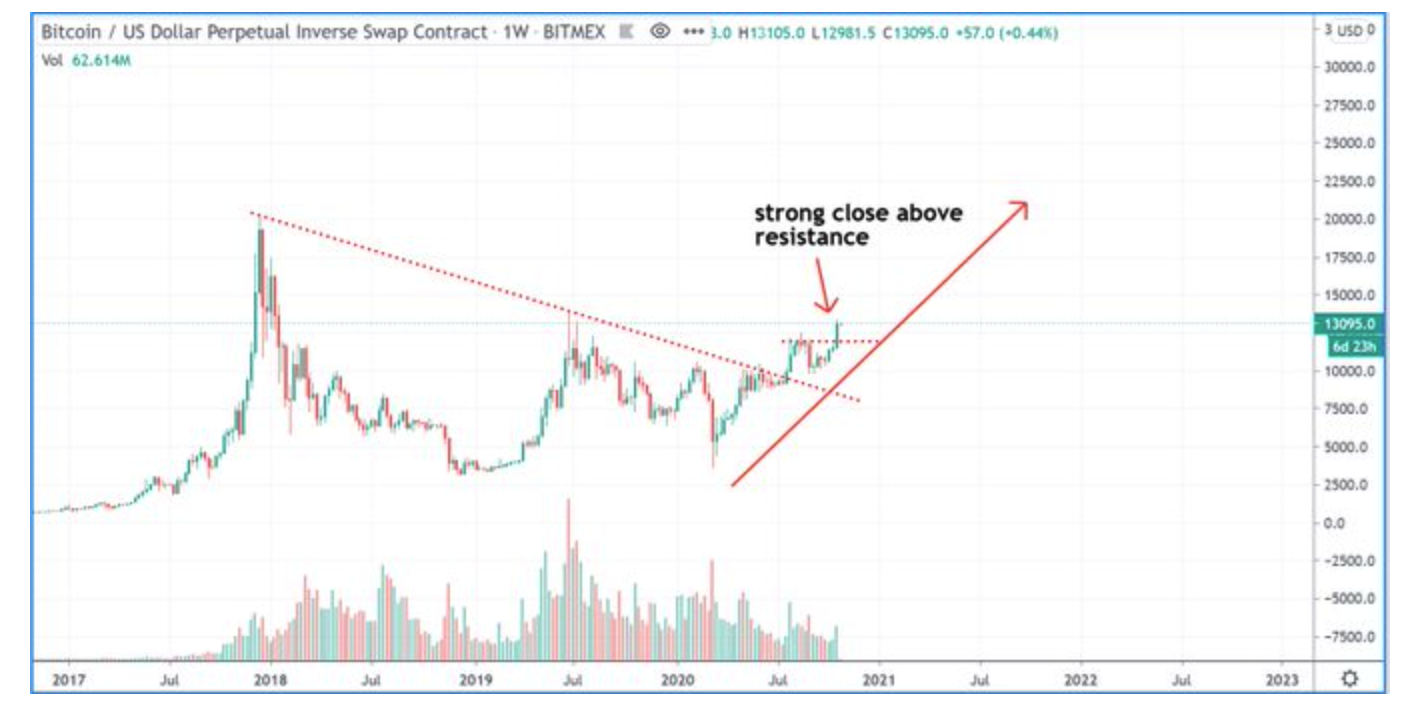 Analysts have noted that Bitcoin is likely to be overbought in the near term. First, the RSI Stochastic indicator used to track whether an asset is overbought or oversold is likely to trade in the overbought zone. Not to mention, some comments that there is an emphasis on long positions in the CME futures market.