Bitcoin price has seen a strong rally over the past few days after weeks of consolidation. BTC has gained around $1,000 from last week’s lows near $10,400. This rally has allowed the technical case for further upside to continue to build. One crypto-asset analyst recently noted that Bitcoin is about to form a pivotal buying signal last seen in late July, in the midst of the strong uptrend that took the asset as high as $12,500. Should history repeat, Bitcoin should continue to ascend in the days and weeks ahead.

Josh Olszewicz, a crypto-asset analyst, recently shared the chart below. It shows that the cryptocurrency’s one-day Ichimoku Cloud is about to see a TK Cross when the blue line crosses above the line in red. The Ichimoku Cloud is a popular technical indicator that shows crucial technical levels and the overall market trend.

The last time this bullish signal was seen for Bitcoin was in late July, amid the vertical surge from the $9,000s to $11,000. BTC continued to rally after this signal formed, suggesting the cryptocurrency will do so now.

The signal may not confirm for a few more days, depending on how the price action transpires in the days ahead for Bitcoin. 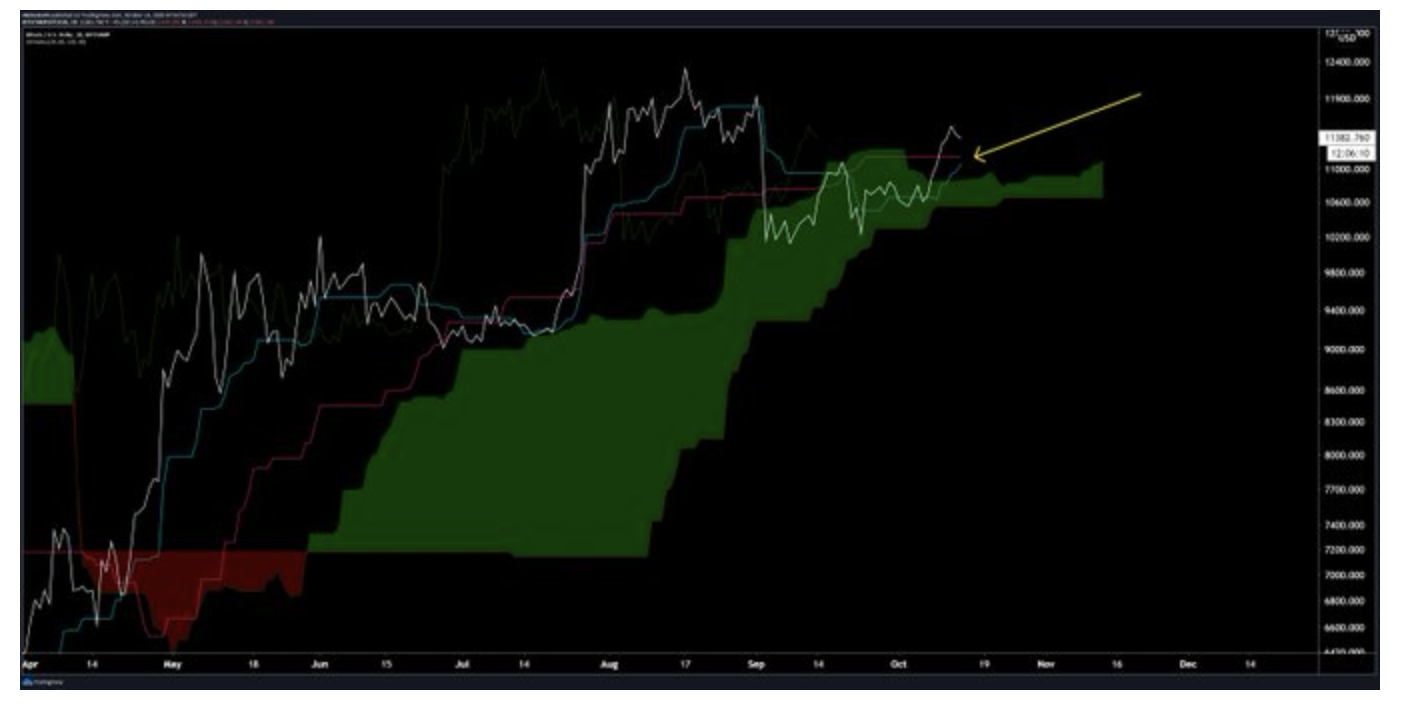 While Bitcoin is facing down a crucial buy signal, the short-term outlook is weak. One crypto-asset trader recently shared the chart below. The chart suggests that there is quite a confluence of trends that show a market pullback in Bitcoin’s price will transpire in the coming days. 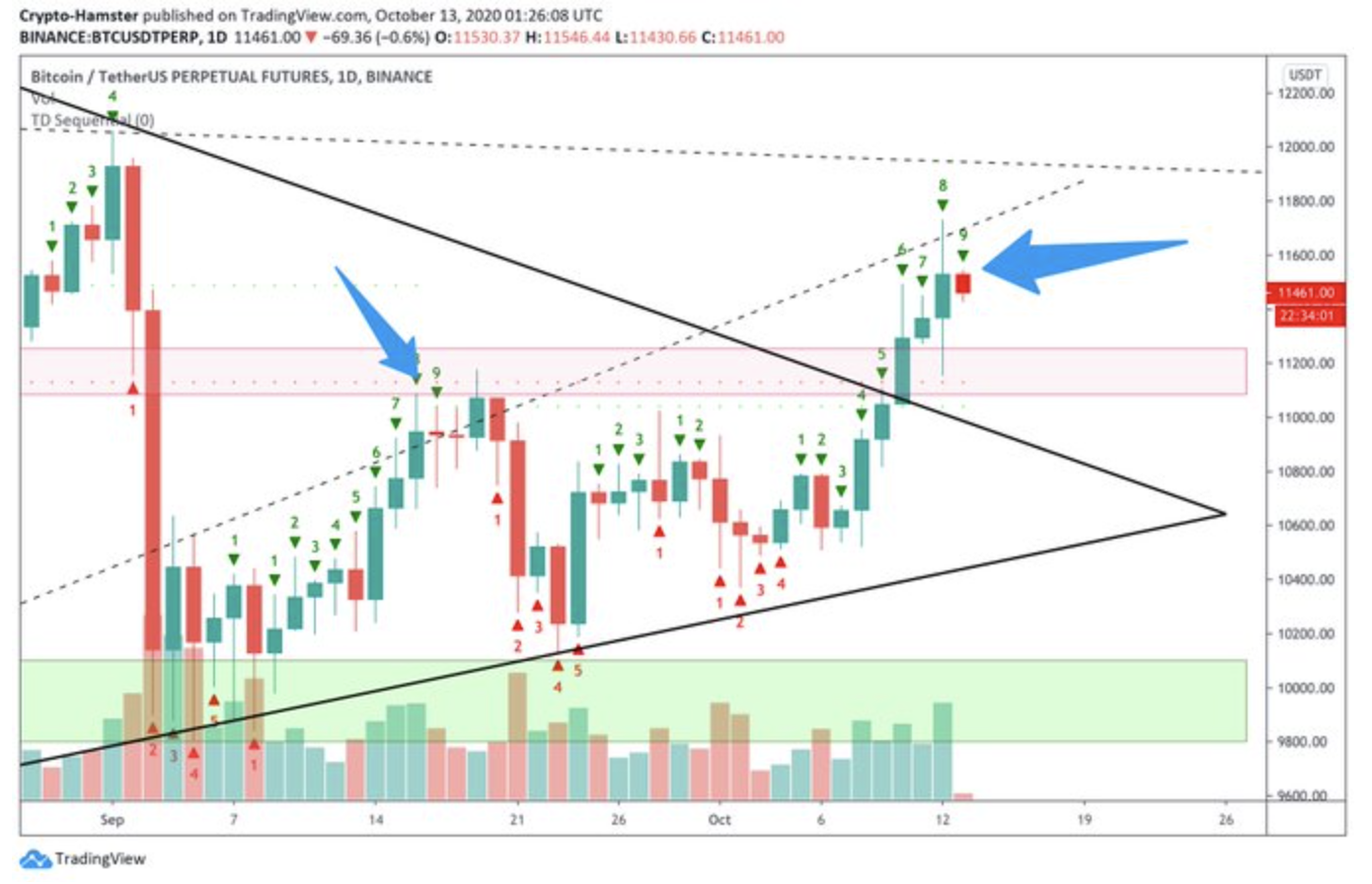 The chart shows that Bitcoin has formed a “Sell 9” candle recently as per the Tom Demark Sequential, indicating an imminent bearish reversal. The same crypto-asset trader added that Bitcoin had formed key bearish divergences on its four-hour chart. The divergence has formed between the Bitcoin price and the four-hour RSI and MACD.

The crypto market is evolving: DeFi is far more sustainable than the ICO boom, and Bitcoin is maturing into a respected asset alongside gold, stocks, and more. What was once a retail-driven asset class, is now being strongly considered by hedge funds, gold bugs, institutions, and recently, a trend of publicly-traded companies adding BTC to their corporate treasury reserves. 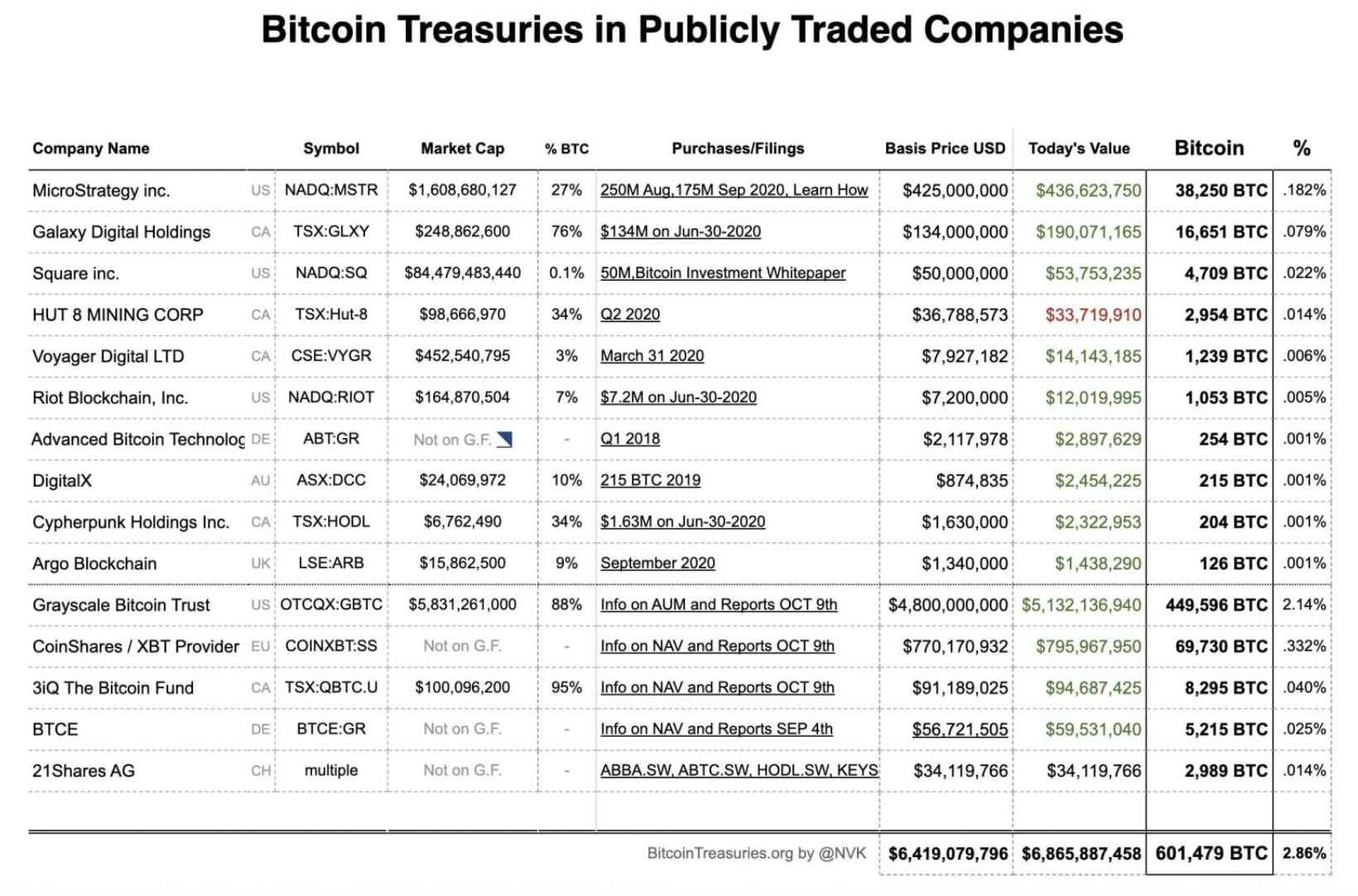 The total amount of Bitcoin in USD currently held by fifteen companies is valued at $6.8 billion and climbing. $50 million was just added by the Jack Dorsey-led Square, Inc. in what seems to be a domino-effect kicked off by MicroStrategy. The number is especially significant, because just four years earlier the Bitcoin total market cap was just $6.8 billion, before the bull run that put crypto on the map.

If the trend of company capital coming into BTC continues, in four years, the once retail dominated market could be held by companies will billions in reserves that need protection from inflation. If a domino effect occurs, and more companies follow suit, combined with the debasement of the dollar, $6.6 trillion may be selling Bitcoin’s next peak short despite what should be diminishing returns.

Cardano (ADA) will be the 2nd largest DeFi platform, while the most updates in the last 30 days on Github