Bitcoin price increased, capitalization also hit a high in the past 6 months, XRP was undervalued

Since the beginning of 2020, the cryptocurrency market is growing at a remarkable pace, from Bitcoin to Altcoin. Despite the sharp increase in Bitcoin price, Bitcoin Dominance is still declining. In other happenings, James Todaro, managing partner of Blocktown Capital, recently compared Blockfi’s 5-year Bitcoin interest payments and compared them with the S&P500’s profits.

The cryptocurrency market is starting the new year conveniently and excitingly. Market capitalization has risen to $ 300 billion. The last time the crypto market witnessed this level was in August 2019. In early 2020, the crypto market capitalization hovered around $ 190 billion. This means that within 45 days, this number increased by $ 110 billion, recording a growth of 60%.

Capitalization growth comes in the context of the increase in most coins, not just Bitcoin (BTC). Bitcoin Dominance is the dominance of Bitcoin, expressed in percentage of capitalization that Bitcoin accounts for over the total capitalization of the entire cryptocurrency market. 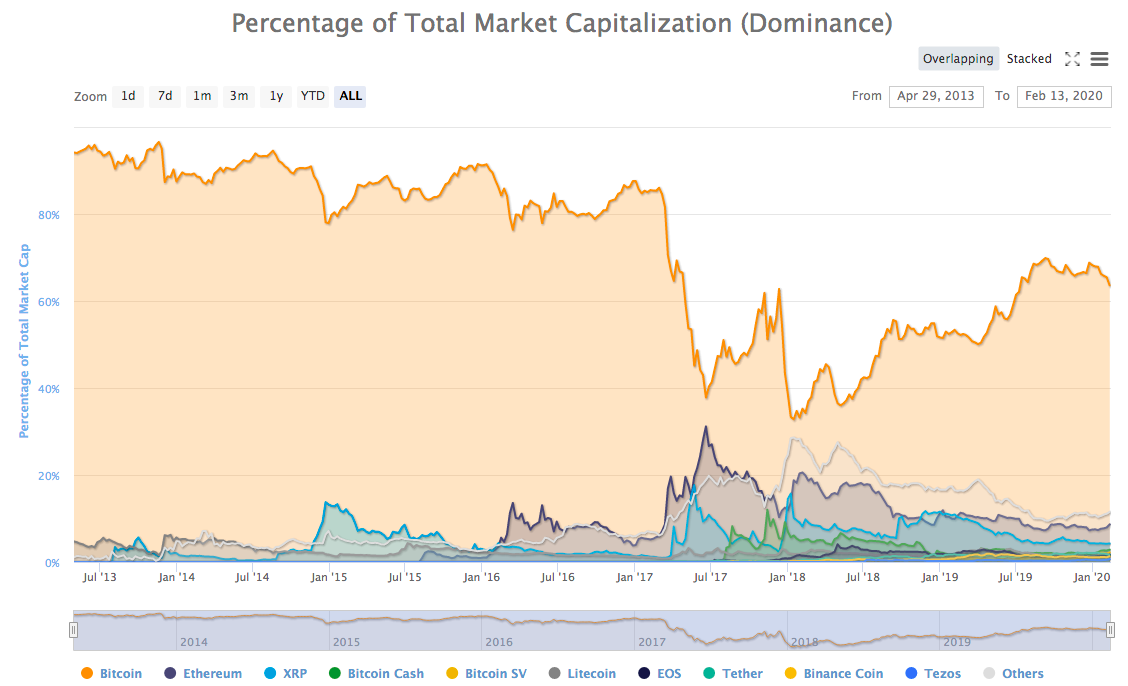 At the beginning of this year, Bitcoin capitalization accounted for more than 68.5% of the total market capitalization. But, at press time, Bitcoin Dominance is at 61.8%, losing about 6.7%. For many, this means that the Altcoin season is happening, and the numbers speak for themselves.

At press time, Bitcoin price is fluctuating around $ 10,396, up slightly by 1% in the past 24 hours. Ethereum (ETH) has increased by over 90% since the beginning of the year, while other coins and tokens have also achieved incredible returns. Large-cap altcoins have been surging sharply since the beginning of 2020. Most notably, Bitcoin SV and Tezos, are marking a three-digit increase of 123% and 150%, respectively.

A trader and analyst, Luke Martin, confirmed that XRP is being priced relatively lower than other major altcoins. Martin’s view also clearly describes the volatility of the cryptocurrency market at the moment and confirms that capital flows will continue to flow into the crypto industry.

Every other major altcoin has reached the neckline. Most already had their breakout.

The trader community has been discussing the phenomenon for years. However, Martin pointed out that XRP has not increased significantly compared to most other significant altcoins, especially Ethereum. The value of XRP has not changed much since Martin made his comments while some platforms have been seeing a slight increase of the coin over the past few hours.

Contrary to Martin’s fairly accurate analysis, XRP has had the best month of growth since New Year’s Day, outperforming the top coins. Therefore, the next target price of XRP is quite difficult to determine.

Unlike other types of assets, cryptocurrencies do not have a clear position in the global economic system. Most platforms have not yet really reached the application level with cryptocurrencies. The current environment has increased the level of risk and volatility for the market.

Crypto traders ultimately have a general idea that platforms will fail. Only a few will gain mass adoption and become valuable in the market. And with the point mentioned above, Martin thinks that is the basis for XRP being undervalued. 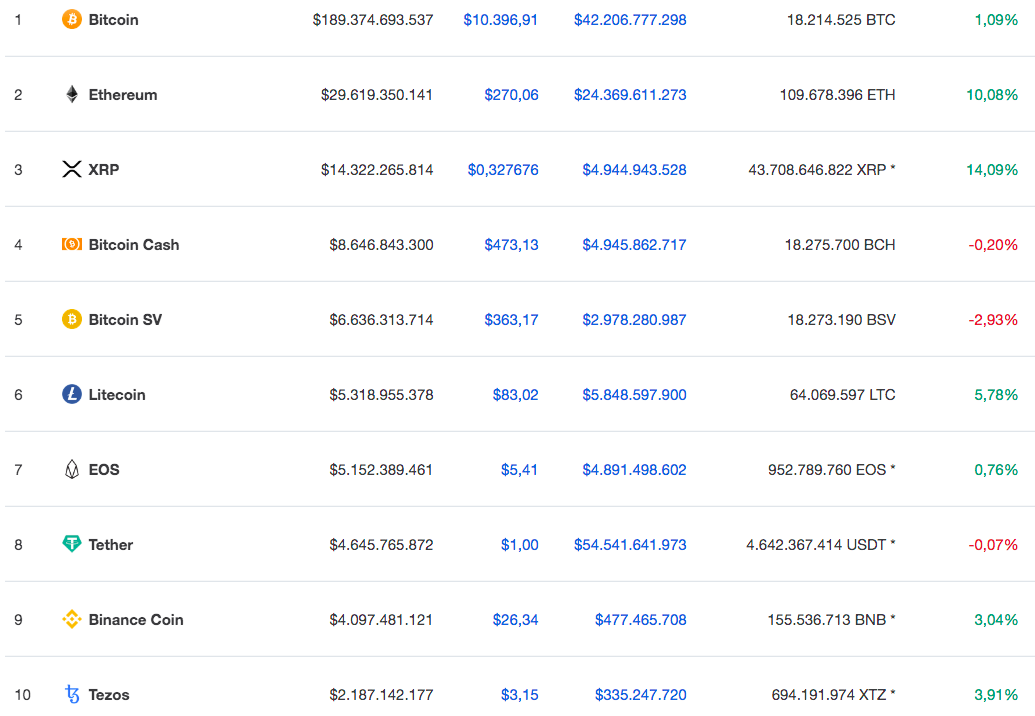 Signs of recovery of the cryptocurrency market have created an upbeat atmosphere in most markets. However, we must also clearly distinguish between value and application rate. The fact that Blockchain platforms can rise and fade in the early afternoon is now available. Therefore, before making trading decisions, we still have to consider the level of speculation.

Crypto-saving accounts are a game-changer

James Todaro, founding partner of Blocktown Capital and co-founder of the MedX protocol, said the profits from Blockfi’s five-year Bitcoin investment worth $ 10,000 at 5.1%. Blockfi is one of the leading crypto loan startups in the US and has many profitable crypto savings services available.

It’s easy to think in terms of fiat where interest earned is often negligible…This isn’t the case for BTC, where interest alone becomes a large sum of money. #Bitcoin @TheRealBlockFi pic.twitter.com/F3B2oMht7u

There’s an excellent reason for Bitcoin-backed banks to exist, even to issue their digital currency. Bitcoin itself cannot scale so that every single financial transaction in the world is broadcast to everyone and put on Blockchain. We need to have a second level of the lighter and more efficient payment system.

Bitcoin-backed banks will solve these problems. They can work like banks did before nationalizing currencies. Different banks may have different policies, some more aggressive, some more conservative. Some will be stockpiling reserves, while others may have 100% Bitcoin support. Interest rates may vary. Cash from some banks can be discounted compared to money from others.

Startups such as Blockfi, Celsius Network, Cryptolend, and Paw Oklahoma may be the first severe and regulatory compliance efforts to achieve the vision of a monetary future. Bitcoin and profitable cryptocurrencies could be the next big cryptocurrency trend.

Bank of China files 84 patents for digital payments, U.S waking up to the CBDC race

An Iranian lawmaker wants his country’s central bank to take…

Here are three major factors that caused the Bitcoin price…

In a Twitter topic on June 2, Ethereum co-founder Vitalik Buterin confirmed that 2020 was not the year of the…
Regulation News

Bitcoin price has witnessed some vast fluctuations recently. Yesterday, Bitcoin prepared to rise to $ 10,400 but…
Education