Bitcoin price held its footing above $23,000 throughout the weekend as investors seemed mostly recovered from Friday’s surprisingly strong jobs report. The largest cryptocurrency by market capitalization was recently trading at about $23,300, up slightly over the last 24 hours and roughly where it started the weekend. At the time of writing, BTC is changing hands at $23,202. 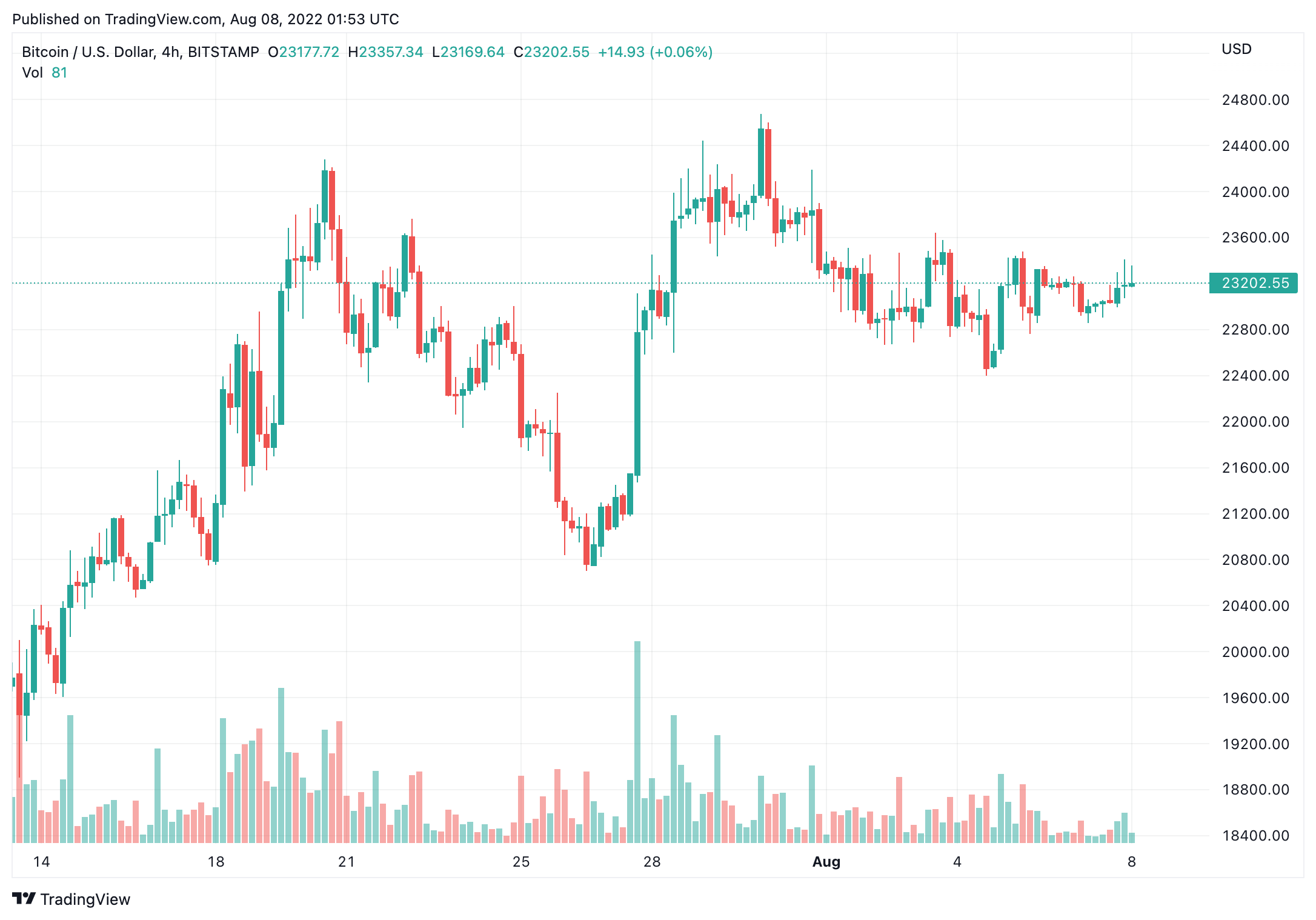 Bitcoin fell below $23,000 early Friday following the U.S. Labor Department report – which doubled most analysts’ expectations for July job growth – before regaining its previous perch above the threshold. The additional jobs countered previous indicators suggesting the economy was slowing enough to allow the U.S. central bank to soon scale back steep interest rate increases that many investors believe will cast the economy into a recession and send riskier assets spiraling.

Bitcoin has lost more than 50% of its value since the start of the year, plummeting with stocks, as investors fretted about the dual threats of inflation and economic contraction. Digital assets have rallied along with stocks over the past three weeks, however, amid hopeful signs, and held fast the past three days.

If Bitcoin can hold onto the $23,000 level, that could be very promising for the medium-term outlook. Bitcoin has been stabilizing here and could see further bullish momentum on the break of the $25,000 level.

“In 2022, there have been two big moves recently, and if there was no macro issue, of course now is a good time to buy.”
by @DanCoinInvestor

Ether, the second largest crypto by market cap, was recently trading hands at approximately $1,700, up roughly a percentage point and about where it stood when the weekend began. Other major cryptos were mixed with Theta and ATOM rising over 7% and 6%, respectively at one point, but FIL dropping more than 5%.

Cryptos tracked major equity markets on Friday, which dropped following the jobs numbers before regaining ground in the afternoon to finish flat. The tech-heavy Nasdaq fell 0.5% on Friday while the S&P 500, which has a strong technology component, was down 0.2%. Both indexes nevertheless advanced for a third consecutive week, buoyed not only by signs of slowing growth but upbeat forecasts by a number of global technology and financial services brands.

Cardano was up 3.5% at US$0.53 after founder Charles Hoskinson hit back at critics who said “Cardano is a religion without tech.” Avalanche, which sits just outside CoinMarketCap’s top 10 list, gained 7% to US$28.15 — its highest since early June — in a weeklong surge that has seen it gain more than 18%. The overall cryptocurrency market cap stands at $1,099 trillion, and Bitcoin’s dominance rate is 40.4%.

David Schwartz did not fail to poke at the rival project