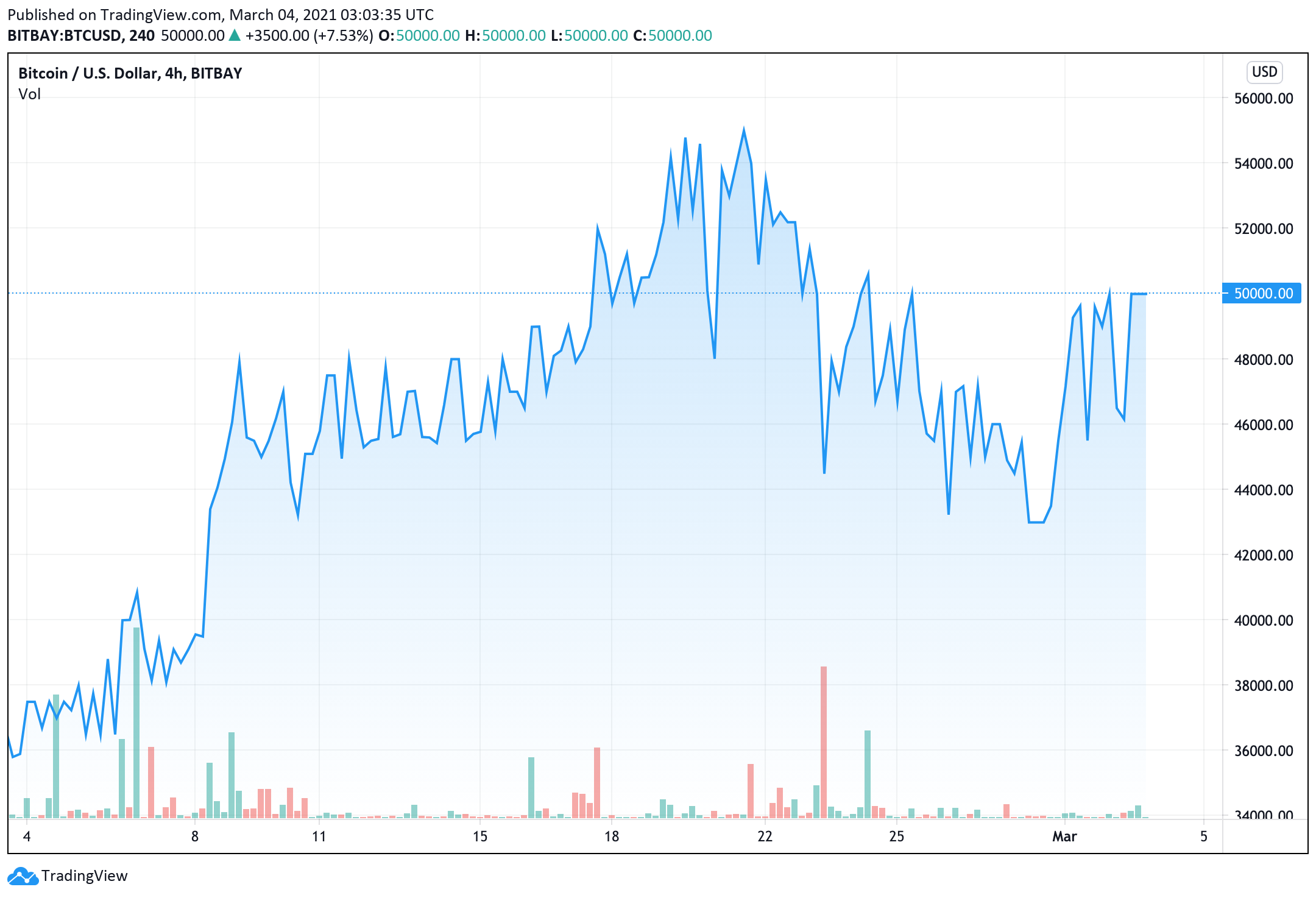 Bitcoin price has unexpectedly surpassed $ 50,000 in the past 24 hours

According to statistics from CoinMarketCap, the volume of Bitcoin transactions during the period above was $ 53.2 billion, market capitalization was recorded at $ 945.2 billion. The cryptocurrency market also appears to be recovering, with smaller-cap altcoins rising quite sharply. Specifically, Ethereum increased by 5.6%, Binance Coin increased by 1.13%, Polkadot increased by 2.9%, XRP increased by 3.8%, Bitcoin Cash increased by 2.4%.

According to professional traders, the recent reaffirmation of confidence in cryptocurrencies by institutional investors could be the driving force behind Bitcoin’s price. Previously, Bitcoin rose to a record 58,000 USD after large enterprises such as Tesla, Mastercard, and BNY Mellon entered the market.

Skeptics, though, still see Bitcoin as a speculative asset, worrying it could be one of the biggest bubbles in history. Even some economists like Nouriel Roubini said that Bitcoin and other cryptocurrencies have no real value.

A recent Deutsche Bank survey found that investors view Bitcoin as one of the biggest bubbles in the financial markets.

In many parts of the world, central banks do not accept cryptocurrencies as currency nor as legal means of payment. Owning, buying, selling, and using virtual currencies as an asset has many potential risks for people and is not protected by the law.