Bitcoin price has tumbled 23%, heading for its worst weekly performance since May 2021

Bitcoin price has tumbled 23% since Sunday, heading for its worst weekly performance since May 2021. As of press time, the largest cryptocurrency was changing hands at around $20,435. The price has declined 56% year-to-date. 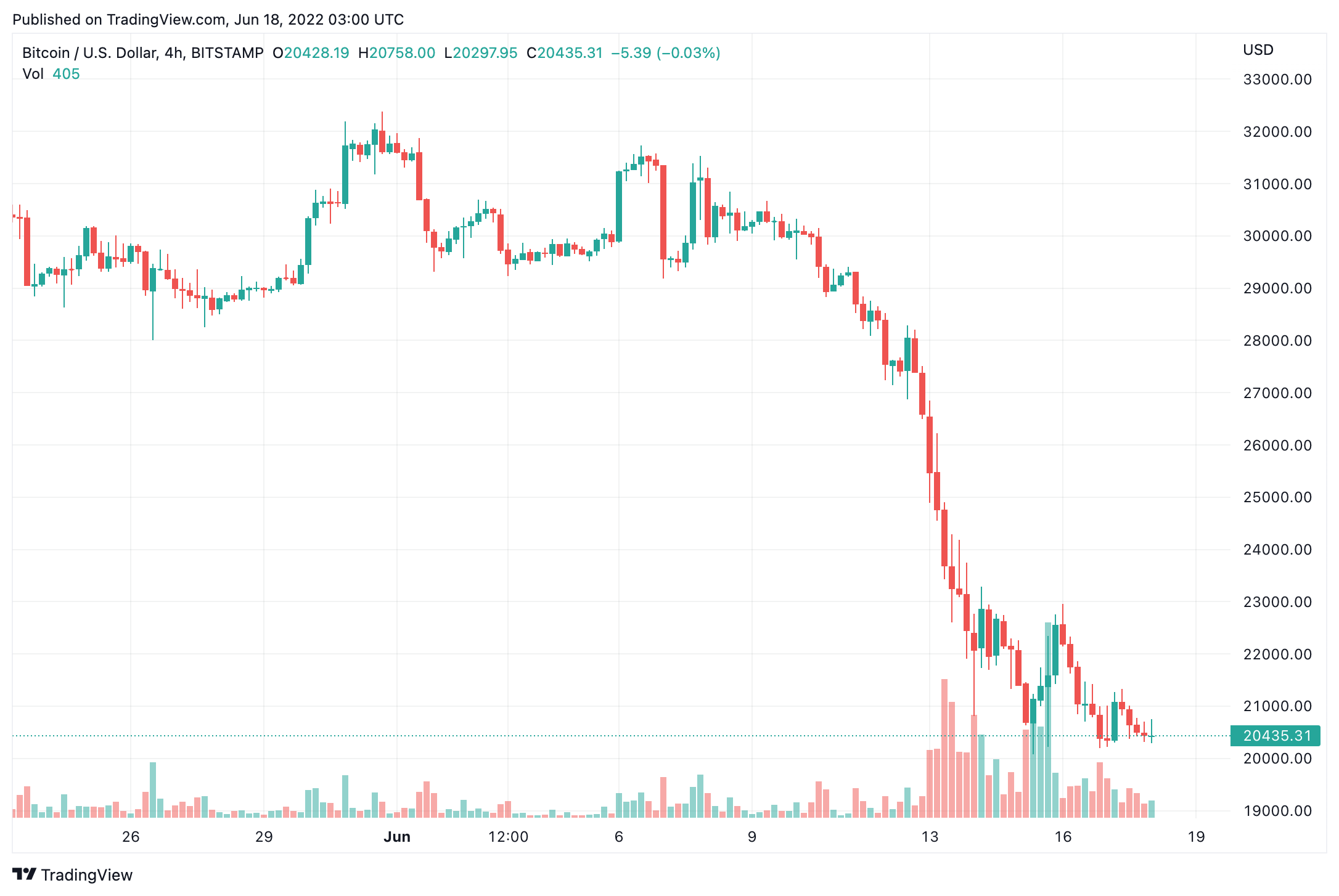 BTC and altcoins may continue to be sold off, but the positive thing is that traders have taken shelter in stablecoins rather than exiting the crypto market entirely. Total crypto market capitalization dropped from June 10 to 13 as it broke below the $1 trillion mark for the first time since January 2021. Bitcoin (BTC) is down 28% within a week, and Ether (ETH) faces a 34.5% drop.

“Sentiment toward Bitcoin remains expectedly negative following the -30% price freefall the past 30 days. The last time there was such a long negative streak was from mid-June to late July of 2021 (7 straight weeks). Prices jumped +38% following that streak”, Santiment reported. 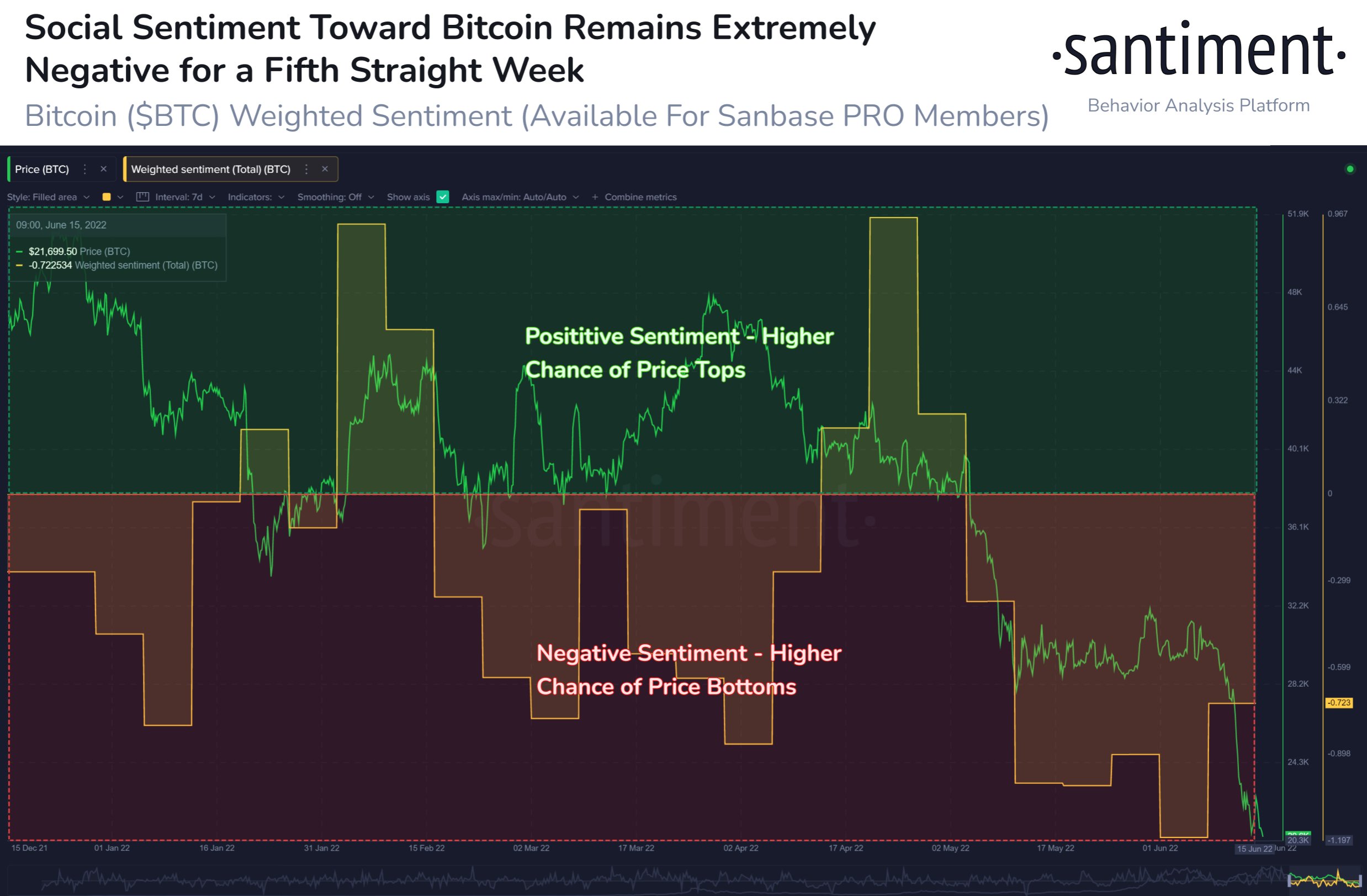 Venture firm Three Arrows Capital (3AC) reportedly failed to respond to margin calls from its lenders, sparking major signs of insolvency across the industry. The bearish sentiment was reflected in the crypto market as the Fear and Greed Index, a data-driven sentiment gauge, hit 7/100 on June 16. The index is low. since August 2019; it was last seen outside the “Extreme Fear” zone on May 7.

There is likely no clear sign of bottom formation yet, but Bitcoin bulls need to hold steady at $20,000 to avoid breaking the 13-year-old pattern, which was never below the previous 4-year cycle high.

The overall cryptocurrency market cap stands at $884 trillion, and Bitcoin’s dominance rate is 44%.

[Chainlink] Why True Randomness Is Important in Web3

Several transactions moving large amounts of XRP have been detected