Most cryptocurrencies have been struggling for the past week, some up and down at the allowed 5% level. Bitcoin price was no exception, fluctuating around $ 10,757 today, down slightly by 1% on the day.

Bitcoin price has been struggling for the past seven days, and so has gold

Bitcoin has long been compared to gold and has increasingly demonstrated a correlation with this safe-haven asset. For example, since the crash of March 2020, Black Thursday, Bitcoin also struggled as gold had its worst week.

At that time, stocks, Bitcoin, and all assets all plummeted in parallel. Coincidentally, the price of Bitcoin has also fallen, reinforcing the argument that BTC is considered a store of value, a safe haven asset. Over the past seven days, Bitcoin has fallen 4% due to the appreciation of the US dollar and gold struggling. The high correlation between Bitcoin and gold may suggest investors consider both assets.

Since September 2, the S&P 500 has fallen 7.89%, due to deadlocked stimulus measures. The resurgence of the pandemic has increased selling pressure on leading stocks, affecting other risky assets. When the US stock market faces technical and fundamental weakness, assets like Bitcoin and gold are prone to pullback.

For example, in March, Bitcoin fell to as low as $ 3,596. During the same period, the US stock market dropped nearly 9% in one day. Despite the underperformance of US stocks, Bitcoin has remained above $ 10,000, showing the possibility of recovery in recent weeks, amid waning equities and gold’s rally.

While Bitcoin has declined slightly over the past week, it has performed relatively well considering the stock market downturn. Since the peak in August, spot gold prices have also decreased by more than 10%. For an asset like gold, a 10% price movement over two months is considered extreme volatility.

Can Bitcoin compete with gold?

The fundamentals of blockchain networks are being strengthened. Bitcoin hashrate has consistently made new highs after the Halving.

Cameron Winklevoss, billionaire Bitcoin investment and co-founder of Gemini, says that the fixed supply of BTC offers a long-term outlook.

“Bitcoin is the first commodity in the universe where supply does not follow demand. Demand for bitcoin does not, and cannot, expand its supply. Contrast this to gold. The supply of above-ground gold expands with demand. Its supply is elastic and there’s no end in sight.” 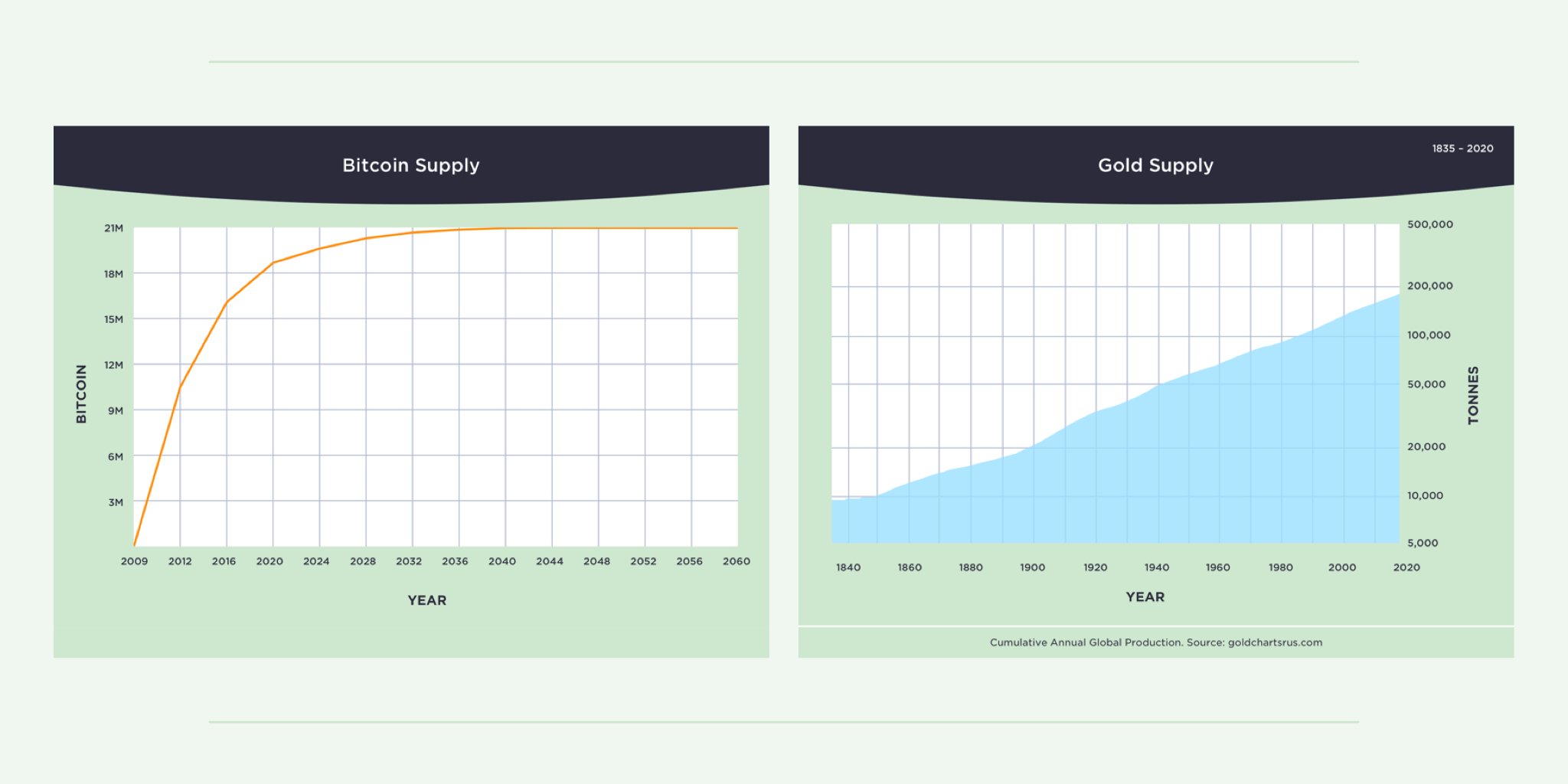 The supply of Bitcoin versus gold | Source: Cameron Winklevoss

The consolidation of Bitcoin’s growing awareness as a store of value and its steady supply sheds light on BTC’s long-term prospects.