The cryptocurrency market continued to have a bad day as Bitcoin price went sideways and the red covered the rest of the cryptocurrencies with a large drop. 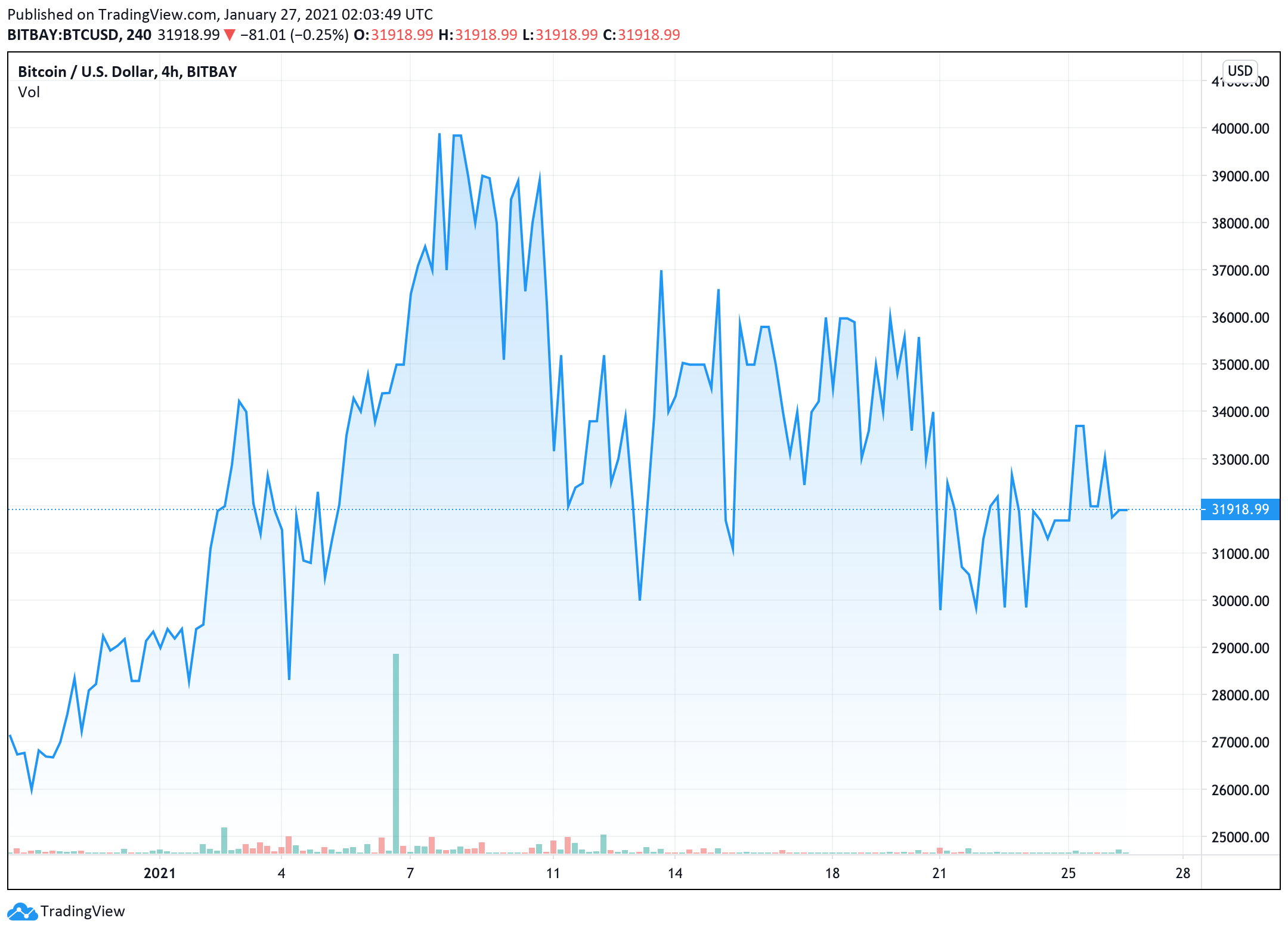 Bitcoin price is struggling to hold the $ 32,000 level

According to CoinMarketCap, Bitcoin transactions during this period were $ 59.2 billion, market cap was recorded at $ 598.7 billion.

Bitcoin is stuck in the $ 32,000 – $ 33,000 range and is in danger of falling below the $ 32,000 threshold. Many professional analysts and traders have also expressed a lack of optimism in Bitcoin.

Accordingly, Jeff deGraaf, one of Wall Street’s leading analysts, said that Bitcoin price is likely to drop below $ 30,000.

“Bitcoin is likely to face a plunge in the near term if critical support levels are consistently breached.”

While Bitcoin is flat, many other cryptocurrencies are in the red and most of the coins are losing momentum.

Bitcoin price fluctuations strongly in 2020 and early 2021. Previously, this cryptocurrency increased in price to nearly $ 20,000 at the end of 2017 and then dropped to below $ 3,300 in 2018. Although Bitcoin is considered by many individuals and organizations as a talent. It is similar to gold, but not recognized by governments.