Bitcoin price has risen to $ 10,000 despite encountering some stiff resistance, ETH has risen almost 8%

Today’s Bitcoin price has grown positively, rising 7% in the last 24 hours and setting a new peak in early 2020. This raises the question of whether Bitcoin will soon surpass the $ 10,000 threshold?

Bitcoin price increased by 7% during the day

However, at press time, the Bitcoin price has corrected slightly and is being traded at $ 9,600, still up 4% in the past 24 hours.

Bitcoin recently formed a gold cross when the MA50 crossed above the MA100. In this remarkable increase, Bitcoin’s next target could be $ 10,000. However, we need to track the Bitcoin price movement around $ 9,550.

It is important to note that Bitcoin was rejected earlier today after rising to a level above $ 9,800, and so far, there has been no solid foothold in any five-figure price area be covered.

In the near term, likely, the area that exists in the range of $ 9,500 to $ 10,000 will continue to act as a strong resistance, and the decline today is just above $ 9,800, causing trouble for what happens next to the bulls.

Several other factors can cause trouble for where Bitcoin will go next. It’s BTC’s open interest in popular cryptocurrency trading platform BitMEX that has surpassed $ 1 billion, which tends to have a historical correlation with cryptocurrencies witnessing a sharp sell-off.

Moreover, the sponsorship ratio of BTC on BitMEX is also very positive and quite high at this time, which means that long funds are currently paying short.

It’s simply something to keep an eye on

Doesn’t mean it has to dump but it’s always something worth keeping an eye on.

While this is not a clear discount indicator, it does show that low price speculators will begin closing their long positions in the hope of avoiding interest rate payments, which means is that Bitcoin can lose a significant amount of current buying pressure if its price continues to stagnate below $ 10,000.

Not just Bitcoin, the entire cryptocurrency market is competing “moon.” Bitcoin Dominance – the dominance of Bitcoin is decreasing. At the time of writing, Bitcoin Dominance has dropped to% 64.5. This proves that the Altcoins are struggling to win over the Bitcoin.

This upward impetus has occurred in tandem with Bitcoin climbing to a high of $ 9,800, which appears to be a short-term resistance area for cryptocurrencies. It’s important to note that the previous $ 200 was an important resistance area for Ethereum, and its decisive break above this level seems to indicate that its 2020 rally is about to turn to parabolic.

When looking at this chart, it seems that the next area of resistance for Ethereum exists at around $ 230.

While considering the confluence of all these bullish factors, it seems very likely that Ethereum’s ongoing rally is about to turn to the parabola, potentially making it significantly outperform Bitcoin and the synthetic cryptocurrency market in the coming days. 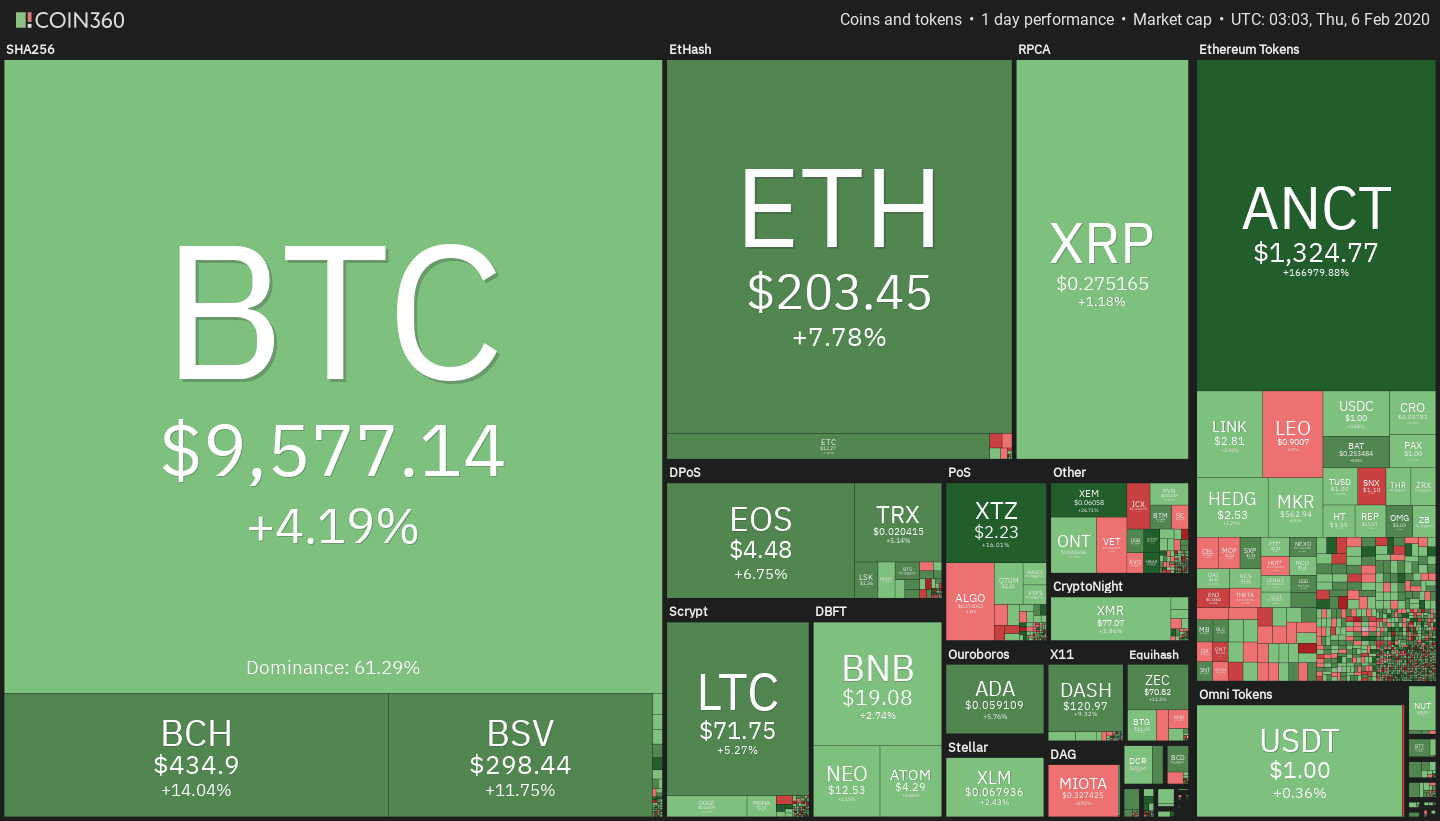 Total market capitalization has increased by more than $ 13 billion and is currently at around $ 270 billion.