Bitcoin price has once again dipped below $30,000, already reached the bottom of the current cycle?

Bitcoin price dipped below $30,000 earlier today, as AZCoin News reported. At the time of writing, BTC is changing hands at $30,000. Accordingly, former BitMEX CEO Arthur Hayes has opined that the largest cryptocurrency has already reached the bottom of the current cycle. 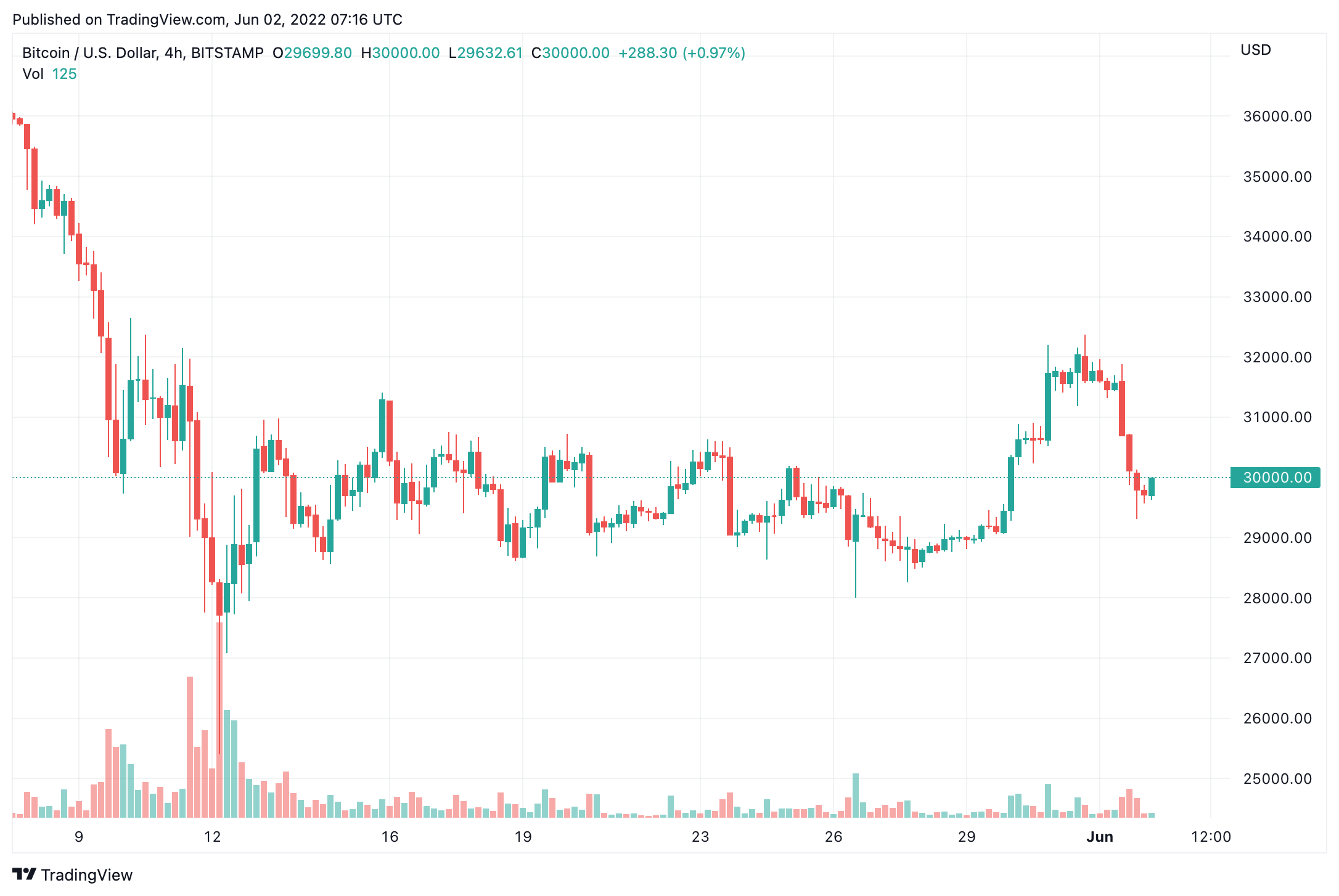 Solana (SOL) is the top laggard today, dipping by nearly 9% after the network suffered yet another outage. The blockchain’s validators stopped processing new blocks, which made the whole network unusable. SOL is currently on track to fall below the Dogecoin (DOGE) crypto meme for decades.

Last year, the Bitcoin price dropped to $25,000 during the collapse of the Terra blockchain project in early May. Hayes’s “bottom checklist” includes the decreasing correction between Bitcoin and the tech-heavy Nasdaq 100, Bitcoin trading at price levels close to the peak of the previous bull market cycle, and media gloating about “greedy plebs” who got burned by crypto.

However, Hayes warned the bulls that the fact that Bitcoin has bottomed does not mean it will shoot straight back to $70,000. The top cryptocurrency is currently down 56.75% from its all-time high of $69,044.

He believes that traders should be prepared for “impressive bear market rallies” given that many of them are currently in a loss reduction mindset. Those who have suffered big losses are not mentally prepared to deploy more capital. He said that bullish traders may be “eviscerated” by choppy trading action since they lack conviction in their position.

The former head of BitMEX predicts that the Bitcoin price could eventually reach $1 million by 2030.

[PolkaStarter] Stablecoins Explained: How They Work, The Luna Debacle & Their Future