Bitcoin price has dropped more than 3% in the past 24 hours, leading to the decline of the top 10 cryptocurrency

Bitcoin price has dropped more than 3% in the past 24 hours, leading to the decline of the top cryptocurrency series, pushing the total market cap to $ 1,480 billion. This morning, Bitcoin stood at $ 48,350 (down $ 1,580 compared to 24 hours earlier), pulling the market cap back to $ 901 billion, while the volume of transactions has not been volatile, recording $ 51.8 billion. 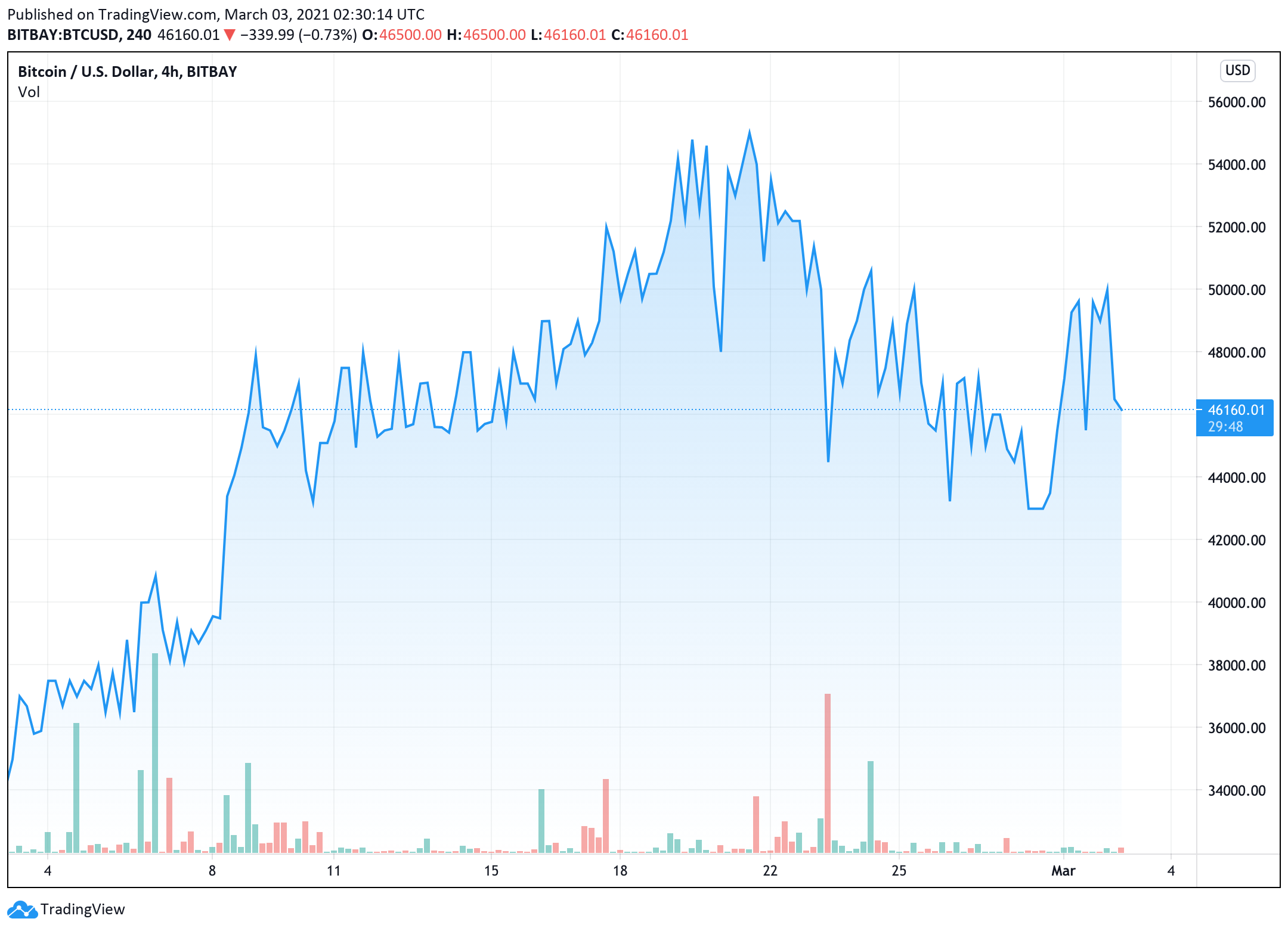 Bitcoin price in particular and the cryptocurrency market, in general, have been continuously fluctuating in recent trading days. According to many professional traders, this is partially exposing Bitcoin’s volatility and bubble risk even in the presence of large investors.

Bitcoin is also under pressure from negative comments from major investors and regulators. In an interview with Bloomberg recently, billionaire Bill Gates affirmed that Bitcoin is not something retail investors should buy.

US Treasury Secretary Janet Yellen also stressed that Bitcoin should not be widely used as a transaction mechanism. According to her, Bitcoin is highly speculative, volatile, risky for investors, and often used for illegal financial purposes.

Notably, BCA Research – an independent provider of global investment research and investment strategy investment – has just reported a negative report on Bitcoin. According to the BCA Research report, the amount of electricity needed to mine Bitcoin and the prospect that governments will create more obstacles to the world’s largest cryptocurrency will cause it to lose “much of its value over time”.

BCA chief global strategist Peter Berezin writes in the report that the costs and delays in Bitcoin transactions make it unsuitable as a medium of exchange. Besides, green investment funds (environmental, social, governance – ESG) have the potential to alienate Bitcoin-related businesses because BTC mining computers consume too much electricity.

The BCA also explained that governments will create more barriers because they can lose billions of dollars from issuing traditional currencies.

“Many companies are interested in Bitcoin to link to the technological mystery of the digital currency. However, when the ESG quarter starts to run away from Bitcoin, its price will plummet.”

However, there are still many positive forecasts about the strength of this currency in the future. Specifically, JP Morgan Bank forecasts that Bitcoin can reach a theoretical level in the long term of $ 146,000 when it starts to compete with gold.