Bitcoin price has continued to climb lately, rising above $36.800 and attaining its latest high

Bitcoin price bounced back up today, surpassing $ 36,000 as BTC benefited from the sustained momentum. At press time, BTC is trading around $ 36,800, up more than 8% in the past 24 hours, recording a 26% gain over the past seven days. 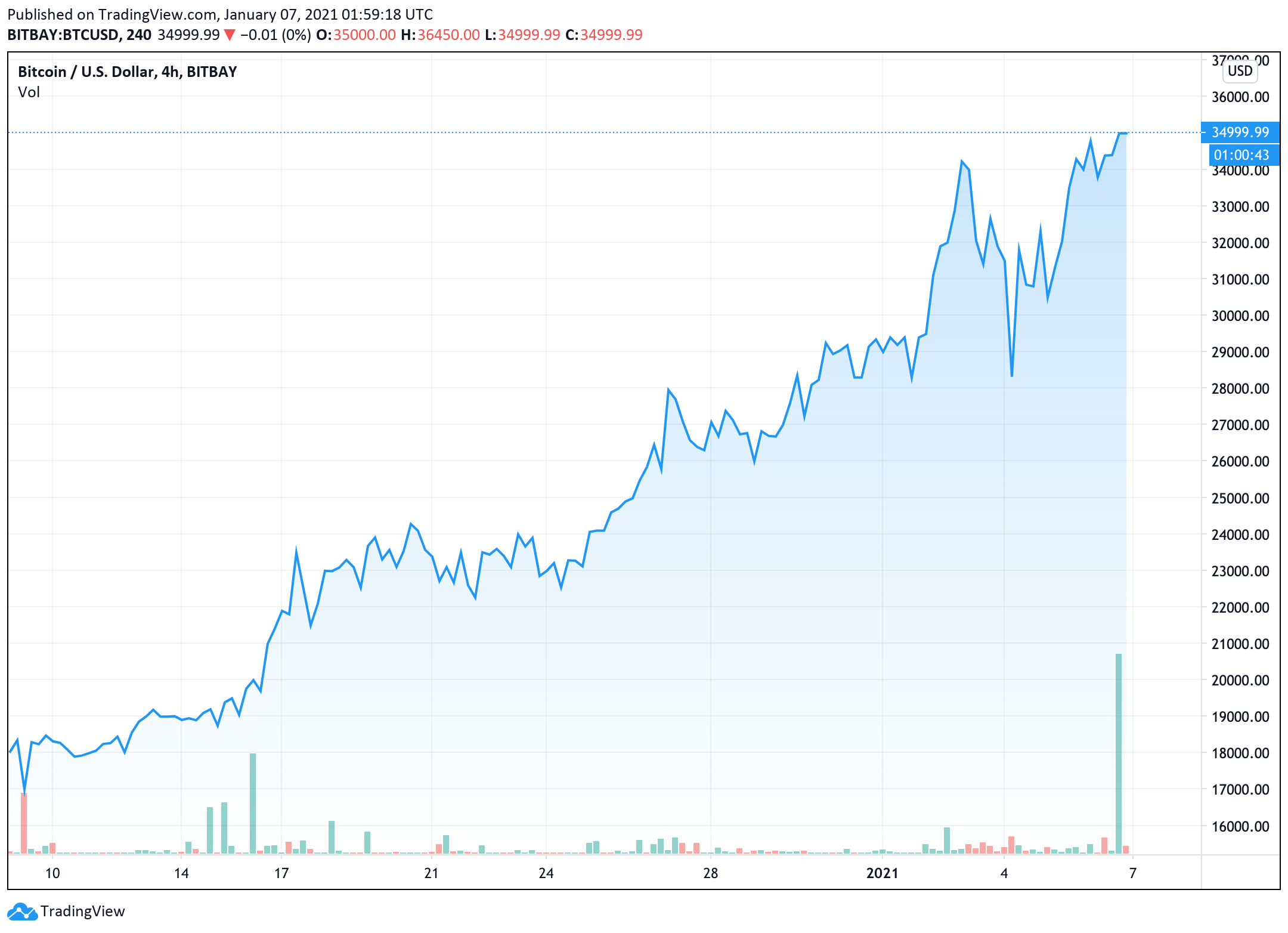 Despite all this, analysts have pointed out the bigger the numbers the better, with a recent JPMorgan Chase report pointing out that bitcoin could climb as high as $ 146,000 if investors dump rush into cryptocurrency as a safe haven.

This development has been reported in many places, including MarketWatch. A group of strategists wrote that for bitcoin to reach this price point, investors placing their money in gold as a safe haven would need to buy alternative cryptocurrencies.

They claim that this transition has already begun, indicating that investors have put their money in Grayscale-run funds and withdrawn from gold-based exchange-trading funds.

These latest developments have come amid rising institutional interest, where these major investors have invested millions of dollars in cryptocurrencies. These conditions are in contrast to the previous rally, largely attributed to factors such as enthusiastic retail investors and widespread media coverage.

Though Bitcoin rose to almost $ 20,000 in December 2017, it didn’t stay there long, as it quickly plummeted, wiping out significant value. Since many market observers have trusted in institutional interest in driving the current uptick, some expect these conditions to drive more sustainable growth.

Ethereum price has been rocketing higher throughout the past few days, sudden rally from the mid-$700 region to over $1,200

Tim Draper believes that Netflix is the next big…

Bitcoin price has unexpectedly surpassed $ 50,000 in…

Bitcoin price has dropped more than 3% in the past 24…

Bitcoin price is up more than 5% on the day as…