Bitcoin price showed its mettle for a second consecutive day, inching upward even as the post-FTX crypto world was falling apart. At the time of writing, BTC is changing hands at $16,911. 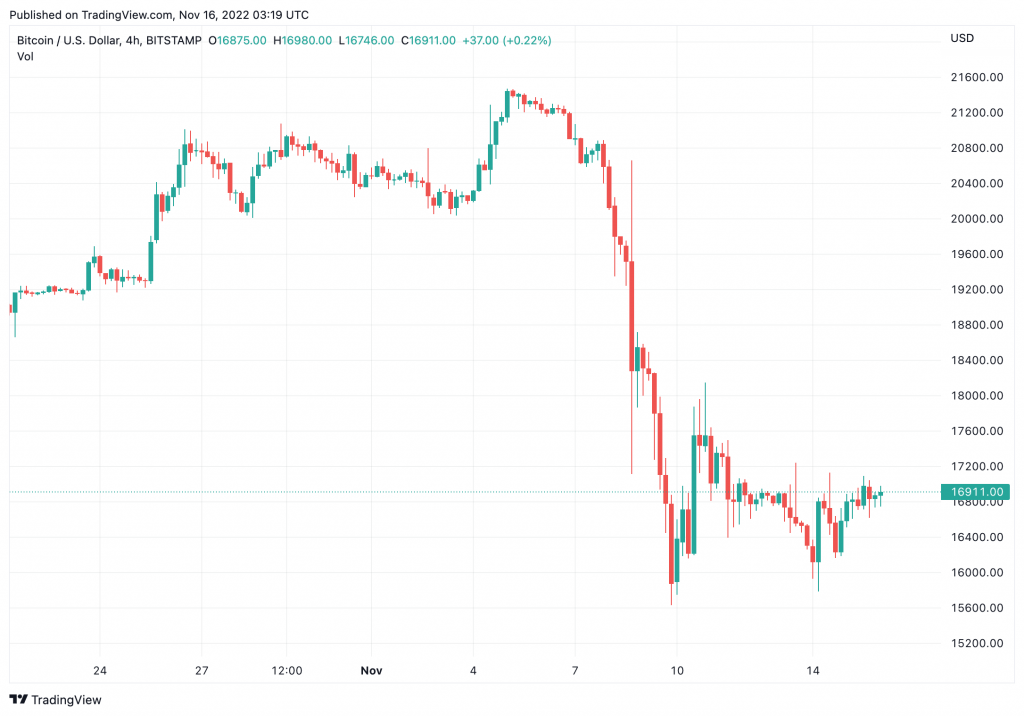 The latest inflation data on Tuesday suggested that the U.S. central bank was winning its campaign against inflation, and crypto investors relished the news. Bitcoin was recently trading above $16,700, up more than 2% over the past 24 hours. The largest cryptocurrency has been inching up since Monday even as fallout from crypto exchange FTX’s liquidity crisis and filing for Chapter 11 bankruptcy protection widens. The Wall Street Journal reported that crypto lender BlockFi is preparing a potential bankruptcy filing because of its “significant exposure” to FTX.

“Traders’ sentiment has really fallen into a major negative bias as exchange trust has taken a major hit following last week’s events. Funding rates show that there has been major bets on Binance, BitMEX added that Bitcoin prices will fall”, Santiment reported. 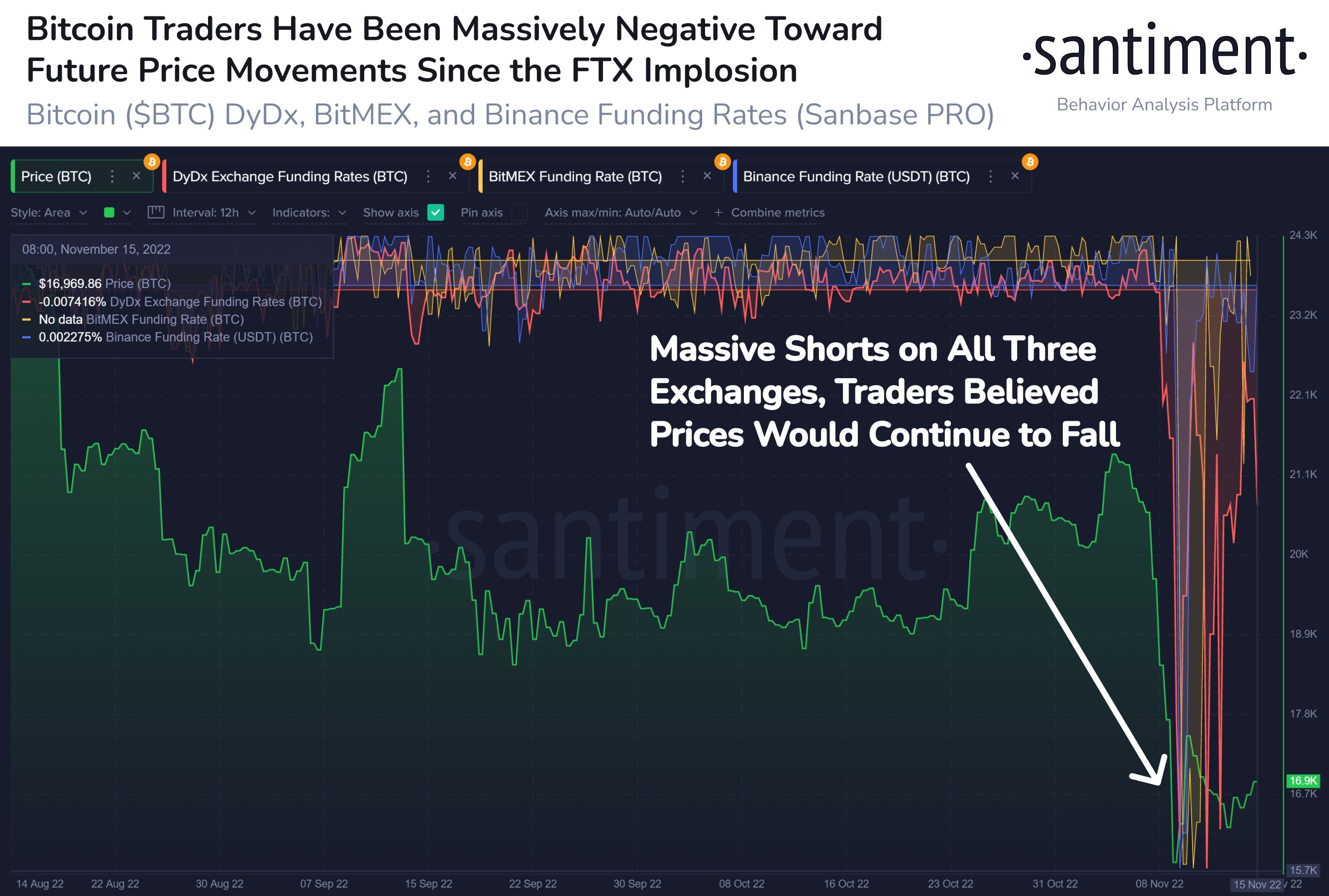 Ether recently changed hands at about $1,250, up more than 3% from Monday. Other major altcoins spent much of Tuesday in the green, with the SRM, CEL, and FTT tokens of embattled ventures Serum, Celsius, and FTX jumping by well into the double digits over the past 24 hours. FTT was, nevertheless, recently trading at $1.80, a fraction of its near $36 highs earlier this year.

SRM slumped more than 72% over the weekend after Defi protocols across the Solanda ecosystem began unplugging from Serum’s on-chain exchange for fear that they didn’t know who wielded control – a concern fueled by a Friday hack of FTX. FTX CEO Sam Bankman-Fried was a significant supporter of Serum.

XRP rose 3.2% to $0.38, continuing a favorable price run over the past few days as U.S.-based cryptocurrency exchange Coinbase submitted an amicus brief on Monday to support Ripple Labs Inc. — the company that uses XRP to power its payment system — in its lawsuit with the U.S. Securities and Exchange Commission (SEC). Polygon rose 2.6% to $0.94, and Solana gained 2.1% to $14.30, though was still trading down roughly 40% for the week as it was hit particularly hard by Alameda selling off large quantities of its reserves in the token to try to stabilize the price of the collapsing FTT, the native token of sister firm FTX.com.

Cronos, the native token of fellow exchange Crypto.com, gained 5.8% to US$0.073 but represents only a small recovery for the token, which is still trading down nearly 30% for the week after details emerged that Crypto.com accidentally sent roughly $400 million worth of Ether to the wrong wallet address, in an attempt to move it to cold storage. This sparked concerns of a situation similar to FTT, where its plunging price greatly compounded financial pressures on FTX and contributed to its eventual bankruptcy on Friday.

The U.S. producer price index data added support for markets, as it showed that wholesale prices increased 0.2% in October — below the 0.4% anticipated by analysts — adding to the evidence that inflation is slowing in the country. Inflation was running at 7.7% in October, below the 8.2% it was in October. The U.S. Federal Reserve has been raising interest rates since March this year to tackle inflation, steadily raising them from near zero to a 15-year high of 3.75% to 4%. The Fed has signaled that it will continue to raise rates until inflation reaches a target range of 2%.