Bitcoin price is bouncing back some signs of weakness as it nears the critical support of $ 9,000. After many checks at this level, it shows that Bitcoin is getting weaker and maybe just a matter of time before the seller pushes BTC below the $ 9,000 area. 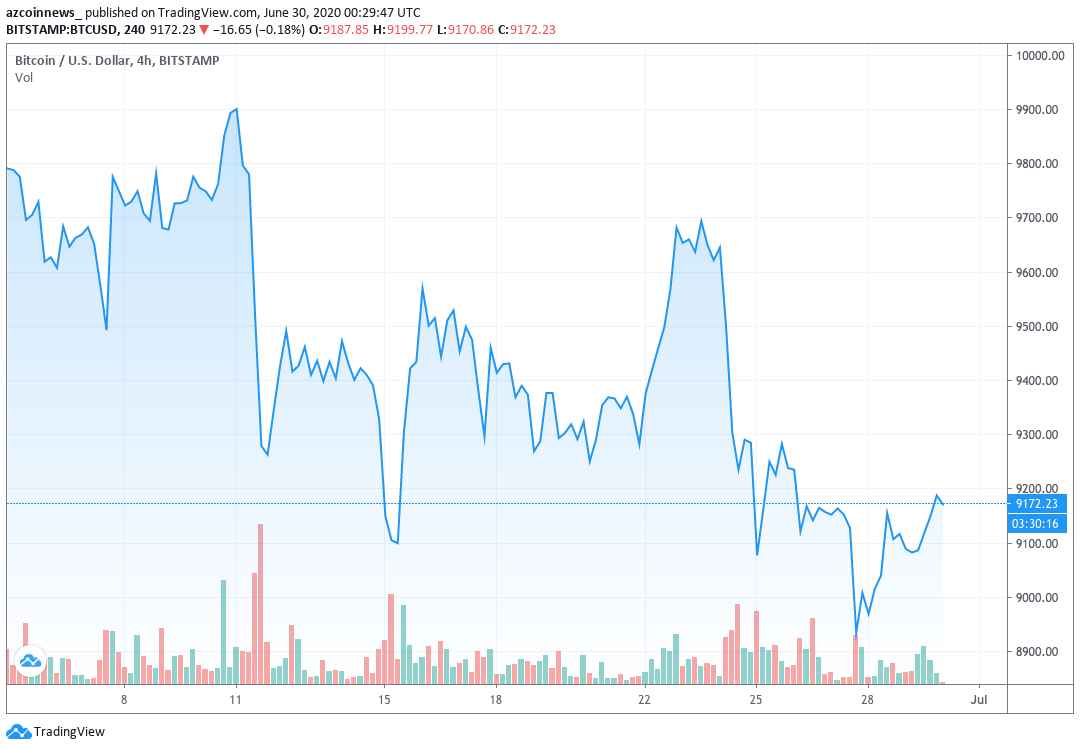 At press time, Bitcoin is hovering around $ 9,179, up slightly by nearly 2% in the past 24 hours. $ 9,000 has been strongly supported for several times over the days and weeks, but the seller was able to push BTC below this level earlier. This seems to indicate that the support here is not as strong as it looks, and the break below it is imminent.

Earlier this week, sellers were able to push Bitcoin to $ 9,900 before it returned to its current range. And when BTC traded beneath the range for an extended period, pointing to some underlying weakness amongst its buyers.

And obviously, at this point, how Bitcoin responds to the $ 8,900 zone will be crucial to find the next trend – and a test of this support could be imminent.

According to analyst Castus, Bitcoin needs a support level at $ 9,100 today for further price increases.

Daily seems to be defending this high $8900’s region pretty well, which has previously been a strong place for buyers to step-in. Looking for this daily PA to S/R flip $9100.

If we can get continue to hold then I see no reason why we cant target for $9450 next. pic.twitter.com/ghq2VLpmks

Two factors to be aware of that could influence Bitcoin’s near-term price action are its four-hour cloud’s latest bearish flip and the death cross it recently posted while looking towards its 89 and 200-day EMAs.

As mentioned above, BTC recently formed a dreaded 89/200-day EMA “death cross,” which is a sign of intense underlying weakness. Couple this with the cryptocurrency’s cloud formation also turning red, and it does appear that bears are well-positioned to gain full control of the benchmark crypto in the days and weeks ahead.

03 factors indicated that BTC has entered a downtrend

According to Coinalyze, there are three factors supporting this notion. They note that a falling price coupled with growing open interest and a falling Cumulative Volume Delta (CVD) signals that further losses may be imminent.

Theoretically this is a strong downtrend

Maybe other more experienced traders have a different perspective…https://t.co/0xZLfgEt5R pic.twitter.com/1KCjnSRX9K

The mixed price action it has seen in recent times is strikingly similar to that seen in the traditional markets, suggesting that it may remain highly correlated to stocks and other mainstream assets. At the moment, Bitcoin does appear to be in a precarious position.

Balancer hacked twice within 24 hours, though this time is relatively small around $2,300 worth of Compound tokens (COMP)