Bitcoin price fell to a three-month low yesterday, just days after crypto analysts warned that the price chart is sending a bearish signal. Bitcoin price is around $34,010 at press time, down 3% over the past 24 hours. 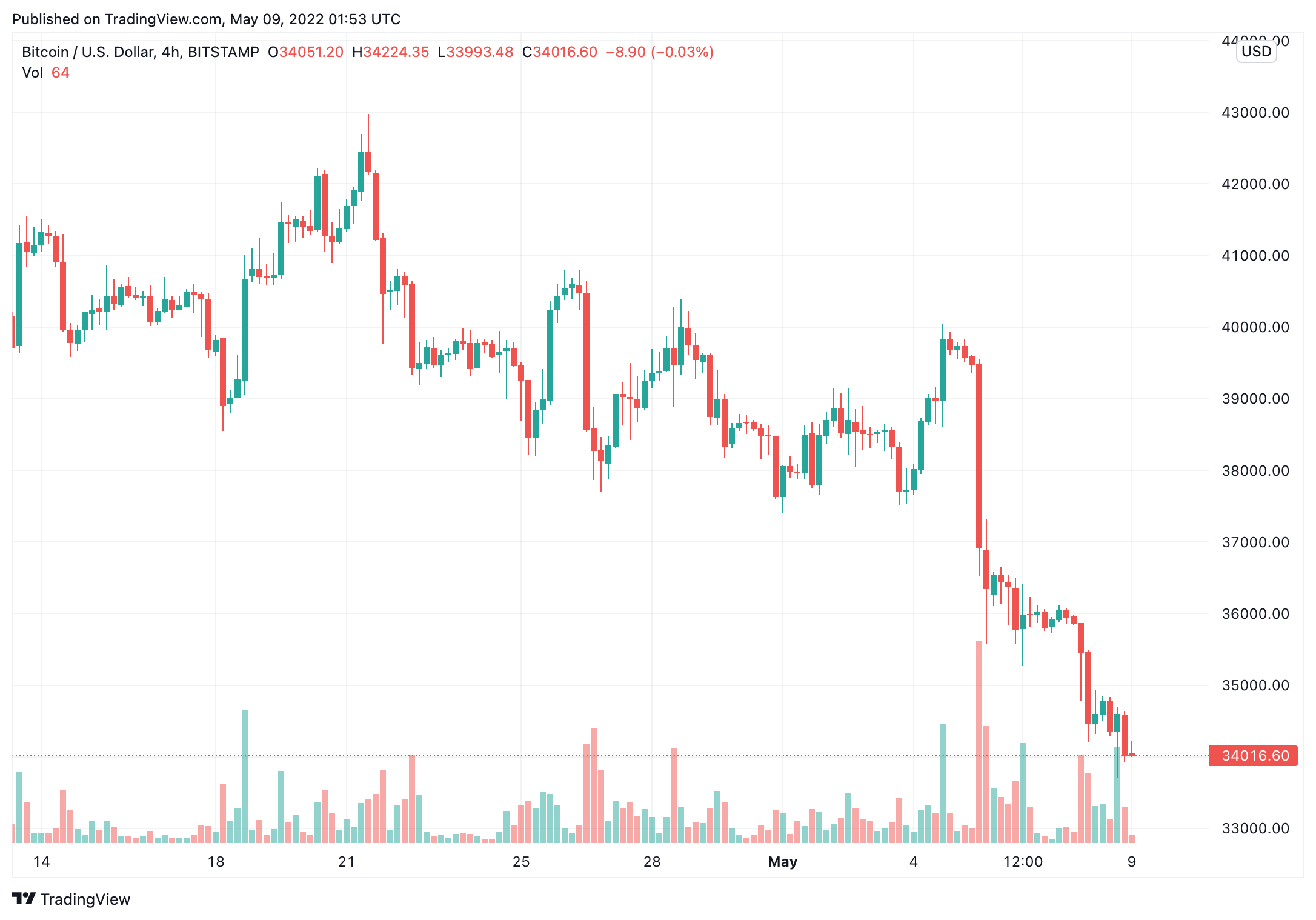 Bitcoin has mostly been between $35,000 and $46,000 for the past few months, so the latest drop could mark the start of a new market trend. Popular price chart indicators turned bearish late last week, when Bitcoin price broke below a three-month uptrend line.

A U.S. Labor Department report on Friday showed that employment growth stayed robust last month, at a level that should continue to worry the Federal Reserve about a too-tight jobs market. As more employers compete for workers, wages might start to escalate, adding to inflationary pressures and forcing the Fed to tighten monetary conditions faster. Recently, bitcoin has reacted negatively (along with stocks) to more aggressive actions by the U.S. central bank.

Some traders may have been rattled by data showing that the Terra blockchain’s stablecoin, UST, briefly lost its peg on Saturday. The Luna Foundation Guard, which maintains a standby reserve that kicks in if the “algorithmic stablecoin” falls below $1, held about $3 billion of bitcoin as of last week.

“With Bitcoin now having retraced all the way down to $33.9k, trader sentiment has fallen to six week lows. We typically prefer to see capitulation signs like this, as weak hands leaving the space is generally what is needed for a truly notable bounce”, Santiment reported. 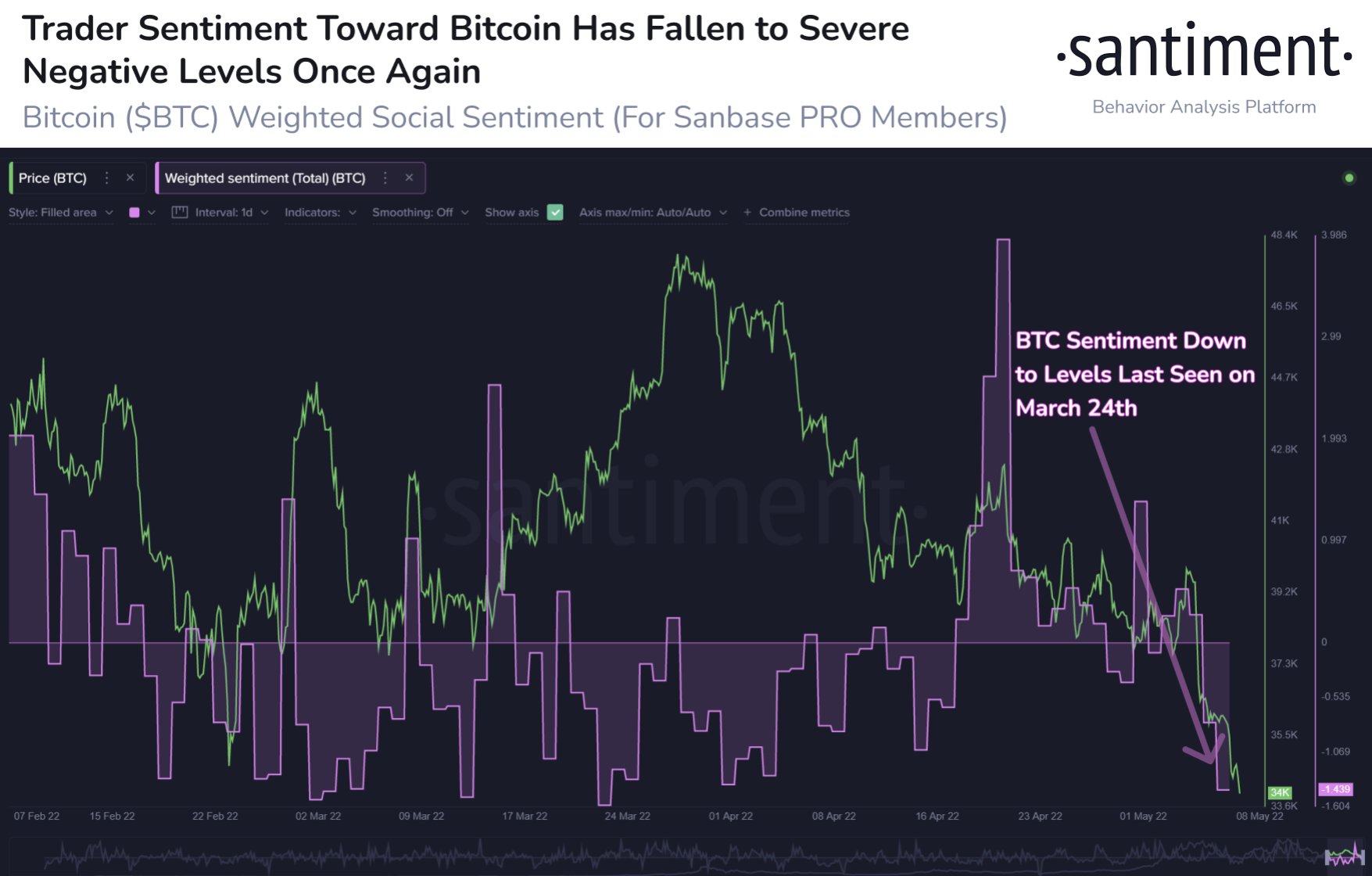 As of this writing, Ethereum, the second-largest cryptocurrency by market capitalization, was down nearly 5% over the past day and almost 8% over the last seven days, trading at about $2,549.

The overall cryptocurrency market cap stands at $1.573 trillion, and Bitcoin’s dominance rate is 41.4%.

The Best Way To Store Your Crypto In 2022, According to Brian Jung