Bitcoin price fell by a sharp 4% so far today as it dropped as low as $55,600, but now has recovered slightly

Bitcoin price fell by a sharp 4% so far today as it dropped as low as $55,600. The cryptocurrency had started the month with another attempt to breach the $60,000 benchmark level. Unfortunately, it was unable to overcome this resistance through the week as it set a range between $60,000 and $57,000. 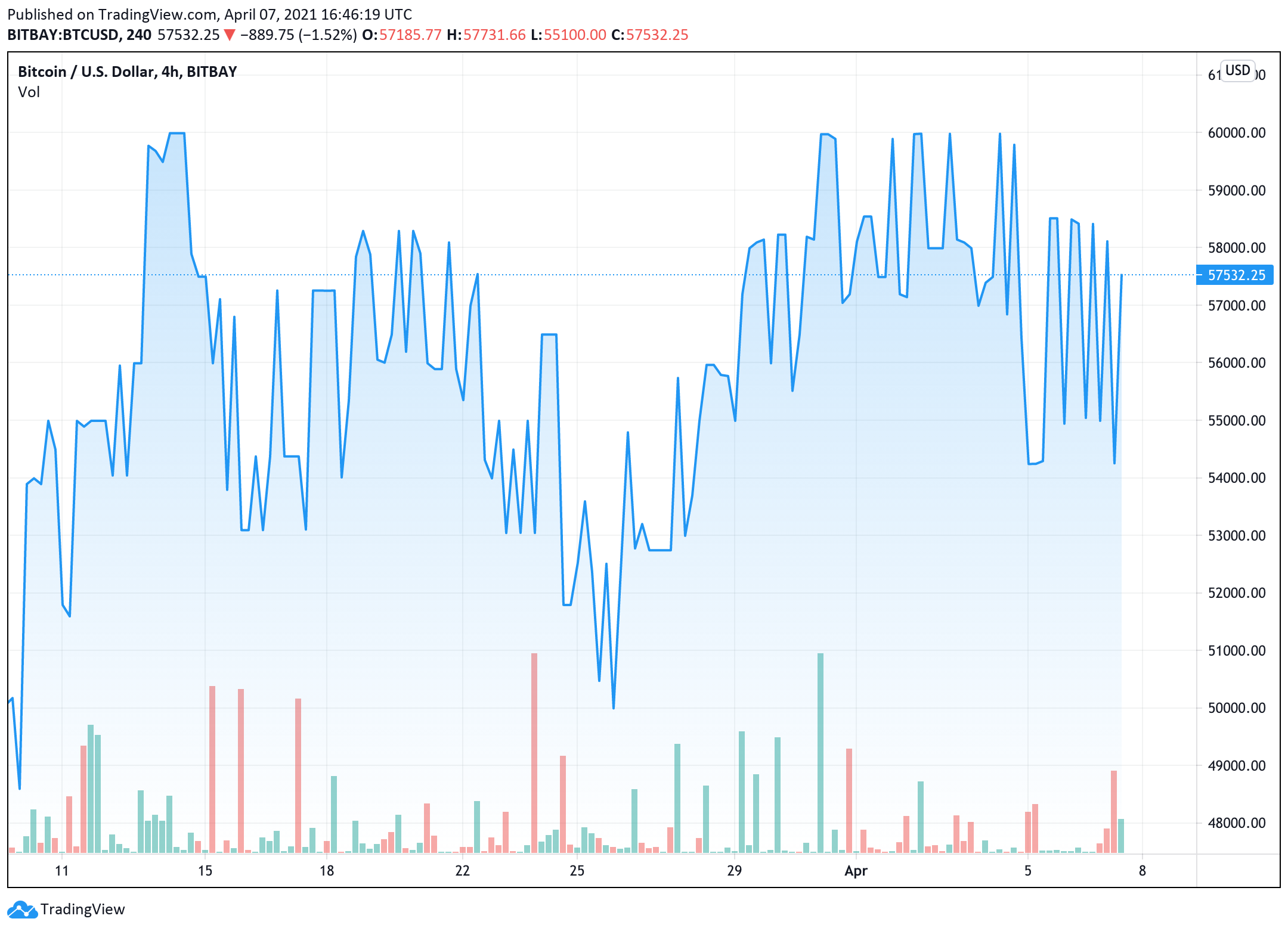 Resistance above $60,000 has proven once again too strong for bulls to break, and bears are now pushing the price per coin back down to retest support lower. Thus far, Bitcoin has held strong and the uptrend has been unaffected since far below $20,000

The full bull run began at prices much lower dating back more than one year ago. The leading cryptocurrency by market cap had a historic climb from below $4,000 on Black Thursday in March 2020 to more than $60,000 this past month.

However, the latest selloff has pierced through a trendline that’s supported the powerful uptrend since long below $20.000. It now all comes to what will be a crucial daily candle close. Volatility today leading into the close could pick up as bulls attempt to push back above the trendline, while bears aim to ensure confirmation of more downside ahead.

And it all could be beginning with a daily close below this clearly important trendline, which has supported the entire uptrend in 2021 thus far. Regardless of any short-term correction, however, the bull market shouldn’t be finished. Data suggests that the currency cycle is only roughly one-quarter complete.

Holy fuck this is seriously collapsing in real time. Did someone figure out a way to arb the fuck out of this? @SBF_Alameda pic.twitter.com/aZrghX7YrY

While some observers have attributed the sudden decrease in the kimchi premium to the sharp correction in the price of BTC, others argue that the emergency suspension of deposits and withdrawals on the Upbit exchange is responsible for the crash. While the kimchi premium, which has gone as high as 600% in the past, presents an arbitrage opportunity to smart Korean traders, the government has however been trying hard to close this goldmine to no avail.

With the price continuing its downward slide, it remains to be seen whether the orange coin will still find a way to kiss $70k this season as predicted by the almighty kimchi premium.