Bitcoin price extended its decline below the $43,000 support zone, could soon test $42,000 in the near term

Bitcoin price continued to decline over the weekend and hit a three-month low below $43,000 early this morning. 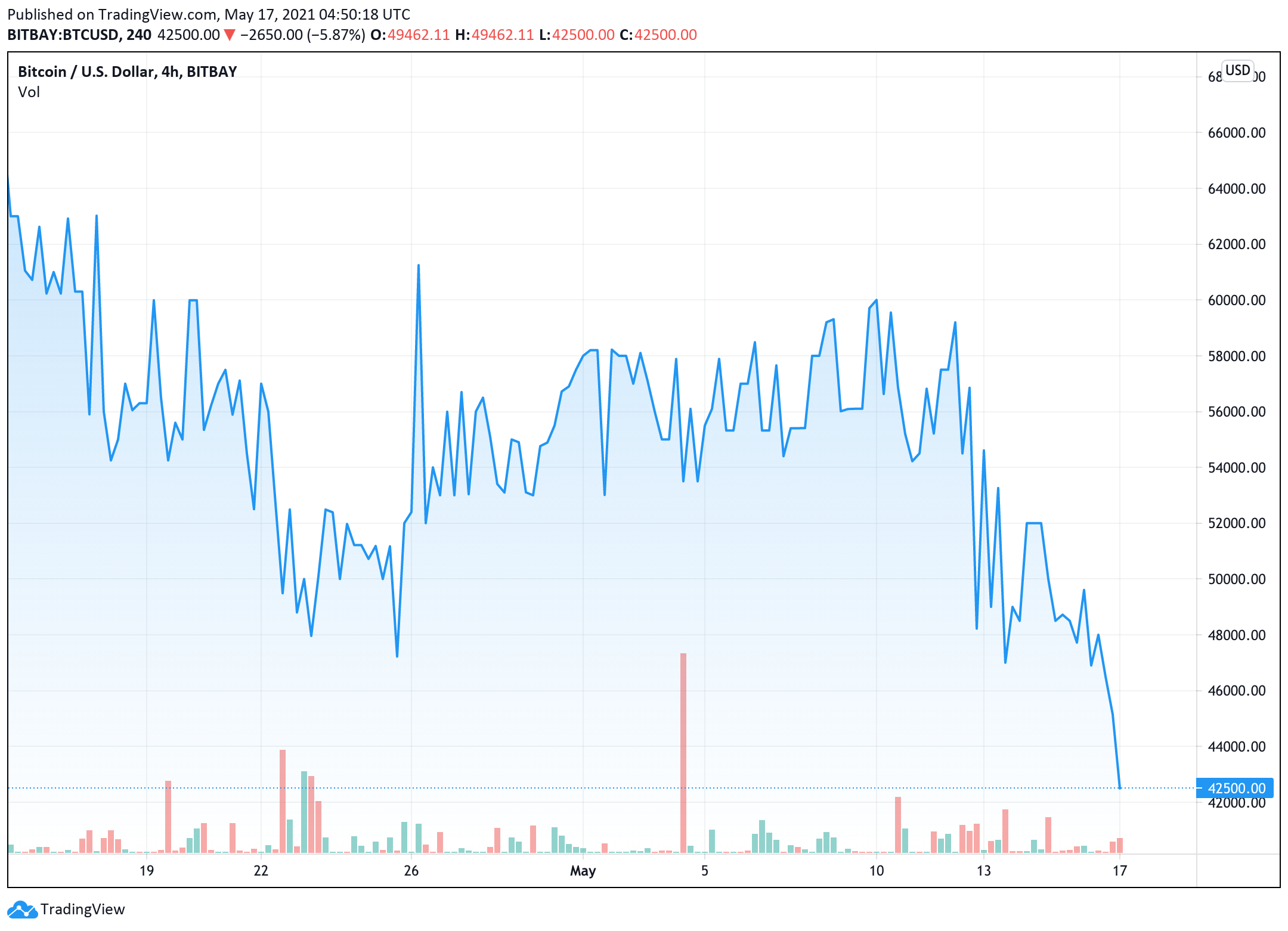 BTC fell more than 10% in 24 hours to $43,000 as the plunge continued since mid-week when Elon Musk said on Twitter that Tesla had temporarily stopped accepting bitcoin as a payment method. Bitcoin is trading around $43,300 at press time after hitting a low of $42,141 on Coinbase Pro, down more than 30% from its recent high of around $64,000. Data from CoinGecko shows it is currently the lowest point since early February.

The price drop since last week extended into the weekend as Elon Musk further hinted on Twitter that Tesla could sell the rest of its Bitcoin holdings even though he said last week that he and Tesla would hold. their cryptocurrencies. Musk’s latest Twitter response also comes after Twitter Crypto has been increasingly criticized, especially by some bitcoin traders, for his opposite attitude towards bitcoin, including his relationship with bitcoin. Musk’s concern about the energy of Bitcoin mining, which led to Tesla suspending Bitcoin as a payment.

Furthermore, the Bitcoin Dominance Index has plummeted this week to levels not seen since mid-2018. Bitcoin currently accounts for only 40.2% of the market, a marked shift from its long period of market dominance. has been virtually uninterrupted with over 50% since summer 2019 and a yearly high of 69.7% on January 4, 2021. 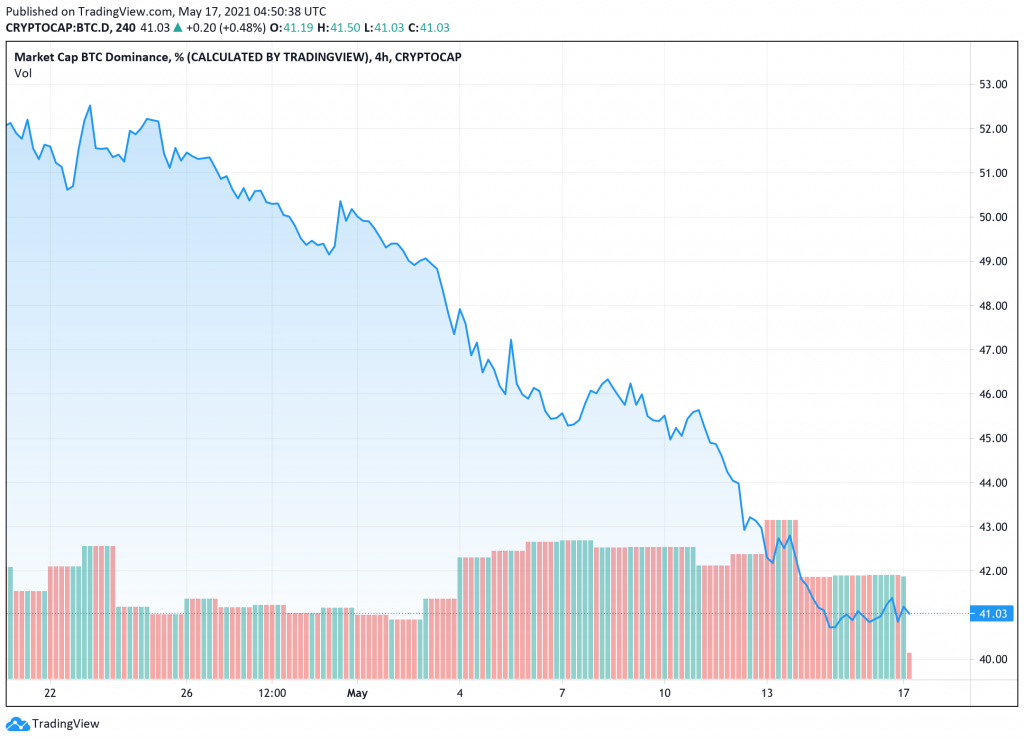 Bitcoin Dominance refers to the percentage of Bitcoin ownership relative to the total market capitalization. The market capitalization of the entire crypto market is sitting at $2,250 billion. This indicator is extremely important data to analyze and evaluate the long-term trend of the overall price movement of BTC and altcoins.

Tesla’s decision to replace Bitcoin helps the price of “green energy” tokens take the throne, flying against the market storm. Layer 2 solution projects emerge as a new trend, Polygon (MATIC) has quietly accelerated to 65% in the past week, straight to the top 14 market rankings with a total capitalization of nearly 10 $ billion.

This proves that altcoins are gradually moving away from their “dependence” on Bitcoin. After each of the previous corrections that were very strong in February and mid-April, altcoin became stronger, less likely to suffer a severe price drop.

However, Bitcoin Dominance is maintaining a downtrend, showing that investors are more inclined to hold altcoins to get good returns. At the same time, many large institutions continued to accumulate BTC during this period. Long-term bullish momentum for the entire market is possible. Even so, the broader crypto market is seeing a sea of ​​red. The top 10 crypto assets by market capitalization are all experiencing daily declines of over 10%.

bEarn Fi, a cross-chain auto yield farming protocol, was exploited, resulting in a loss of near $11 million