Bitcoin price sold off mildly, declining 1.8% on average trading volume. The largest cryptocurrency by market capitalization rose 3% over the weekend and has settled in near the $21,000 mark after plunging Friday. At the time of writing, BTC is changing hands at $21,318. 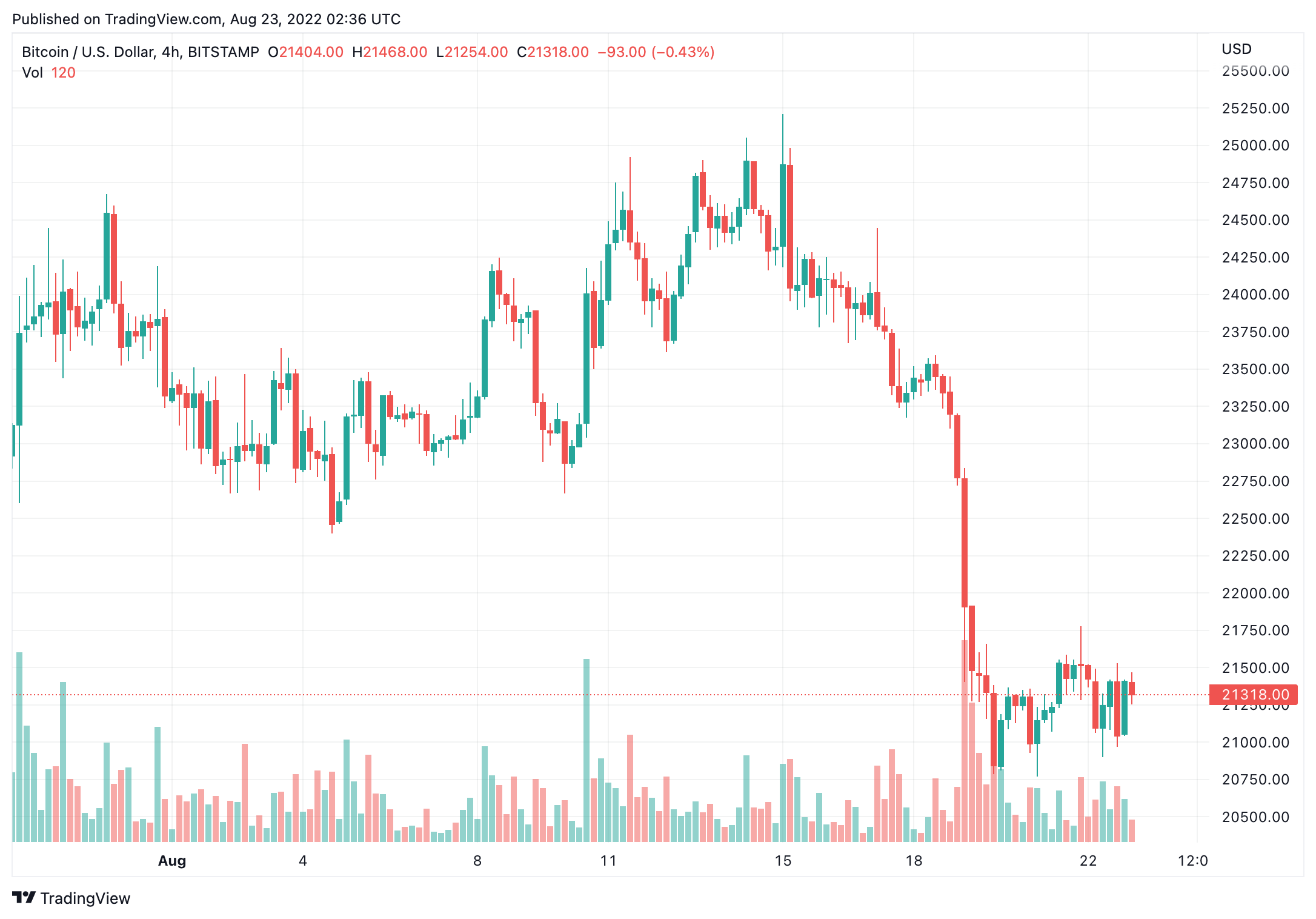 Bitcoin remained firmly above $21,000 on Monday afternoon as investors continued their anxious fretting over coming remarks by U.S. Fed Chair Jerome Powell and the same macroeconomic uncertainty that has engulfed markets of all stripes for almost a year. The largest cryptocurrency in market value was recently trading at about $21,100, down roughly a percentage point over the past 24 hours. BTC has dropped 10% over the past five days after the release of July’s Federal Open Market Committee (FOMC) meeting suggesting the bank would maintain its current inflation prescription of 75-basis point, interest rate hikes. Powell is widely expected to signal the central bank’s intent in a speech at the Fed’s annual Economic Symposium in Jackson Hole, Wyoming later this week.

Bitcoin may have some defending the $20,000 level, but it may be tough for that level to hold if king dollar continues to appreciate leading up to Fed Chair Powell’s speech at the Jackson Hole Symposium

Ether offered a two-pronged tale on Monday. The second largest crypto by market cap was recently changing hands below $1,600, a more than 2% drop that left ETH at its lowest level in nearly three weeks amid investor concerns that venture firm Jump Capital was dumping the token. As the price dipped below $1,600, we observed a significant spike in open interest. 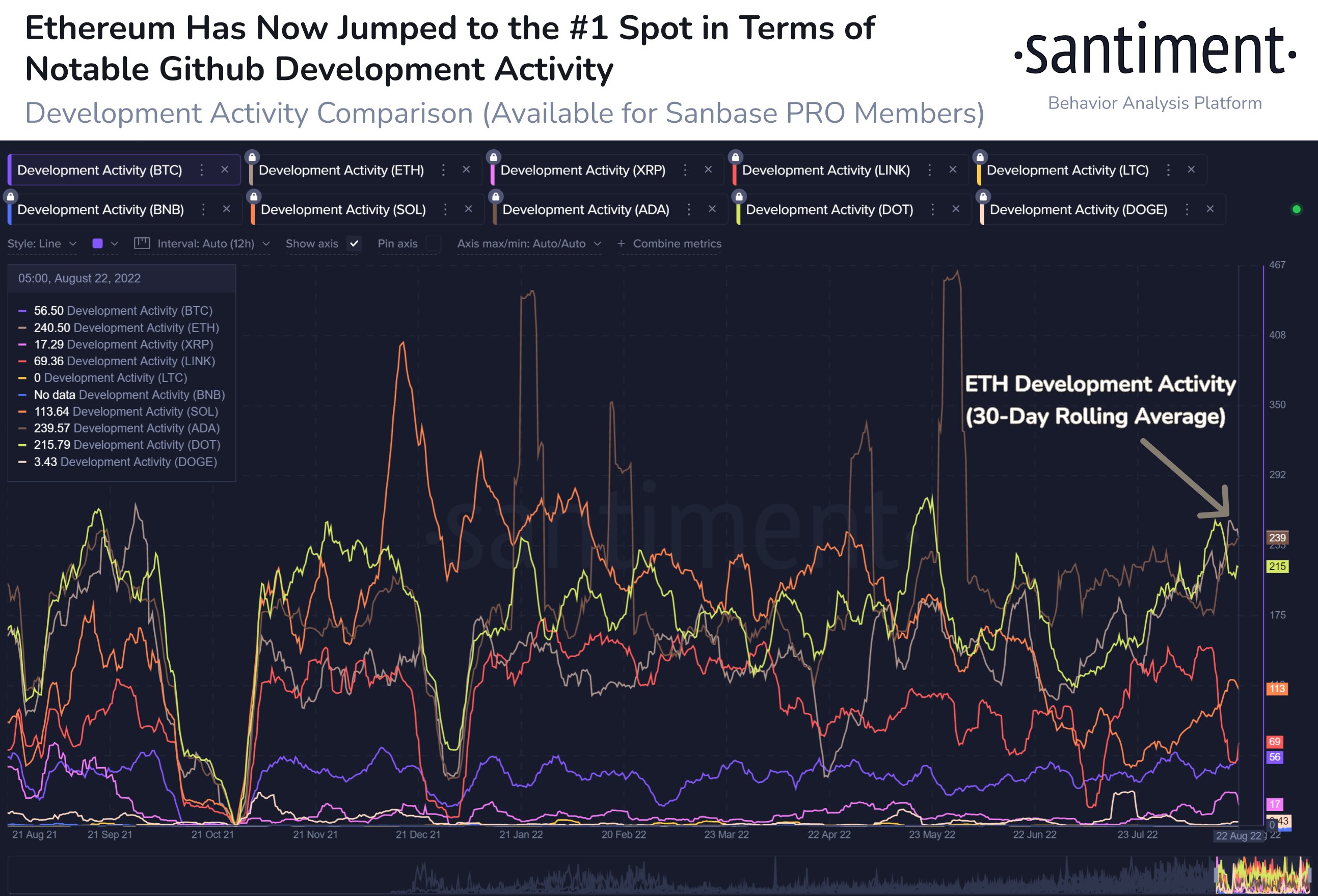 All eyes appear focused on global, macroeconomic developments and the impact that both growth and inflation will have on crypto assets. Investors will be listening to comments by Fed Chair Jerome Powell during the Federal Reserve Bank of Kansas City’s Economic Policy Symposium in Jackson Hole, Wyoming, later this week for hints of what the central bank will do at its September meeting. The symposium, which begins Friday, is expected to provide insight into the pace at which Powell expects the Federal Open Market Committee (FOMC) to increase rates for the remainder of the year. According to the CME FedWatch tool, the probability of a 75 basis point interest rate increase has risen to 54.5% from 47% one day prior.

The overall cryptocurrency market cap stands at $1,022 trillion, and Bitcoin’s dominance rate is 39.8%.