The cryptocurrency market dropped sharply after the August 2022 US CPI data, although falling, returned higher-than-expected results, raising doubts that the Fed will still keep its target of raising interest rates by 0.75% at the end of September. At the time of writing, the Bitcoin price is changing hands at $20,857. 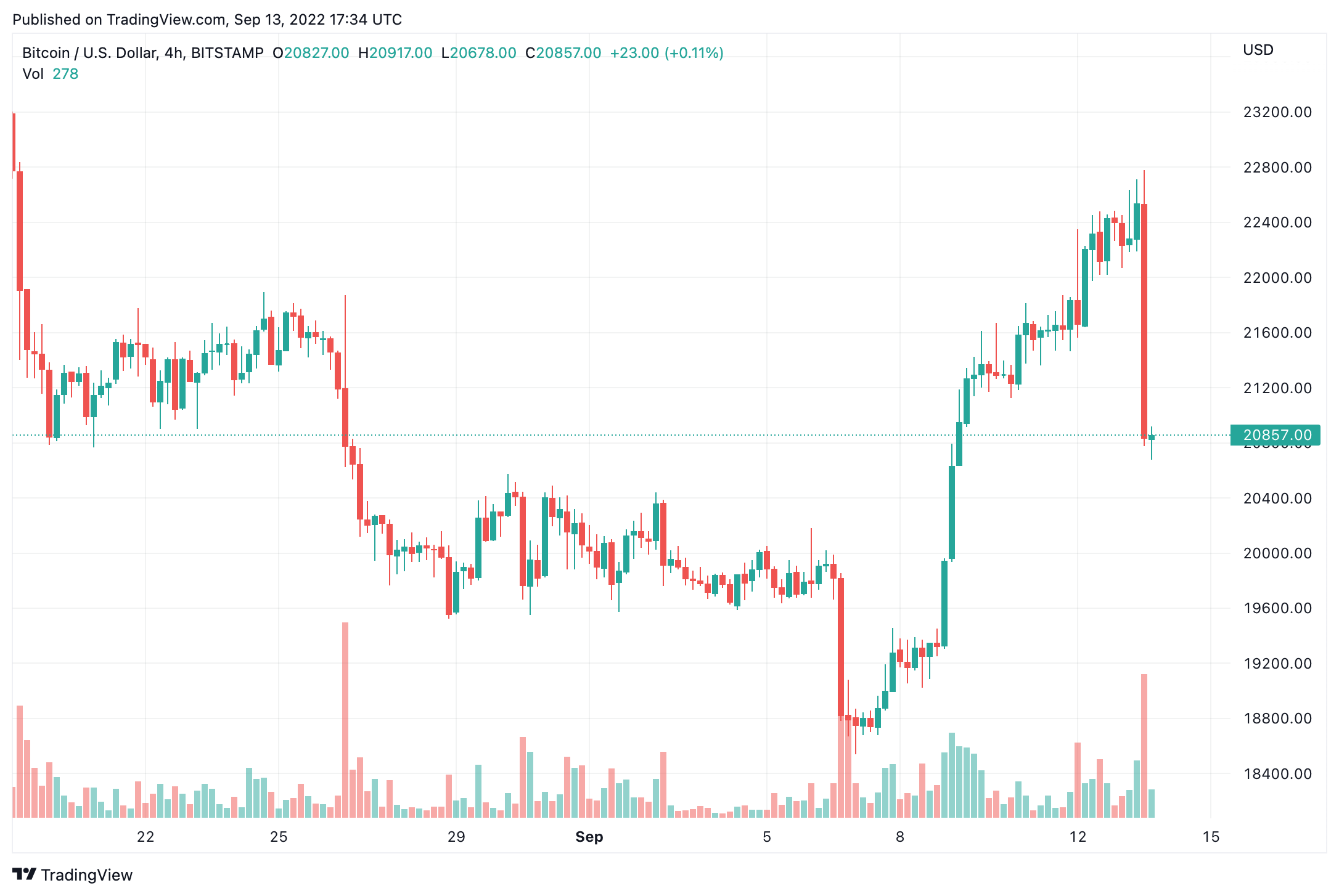 Bitcoin price fluctuated strongly after US inflation news in August 2022

Today, the US publishes the Consumer Price Index (CPI) for August. This is the signal. The signal represents the inflation rate of the US economy, which has been at a four-decade high in recent months.

In previous CPI releases, the price of BTC and the crypto market, in general, have experienced intense volatility in short timeframes. Specifically like:

According to the latest data released, the US CPI in August was 8.3%, down from 8.5% in the previous month but still higher than the 8.1% forecast by analysts. This shows that the inflation situation in the US has not had too many positive changes, and is even more serious than analysts’ observations. Because of this not-so-positive signal, BTC and ETH prices both started to dump strongly.

BTC price is trading at $21,900, having slipped from around $22,800 just minutes before the CPI news release. There was a time when the price of this coin touched #21,600 and now the selling pressure shows no sign of stopping.

ETH price is trading at $1,665, also sliding sharply from around $1,760 a few minutes ago. With such red candles, the total derivative orders liquidated in the last 1 hour is $50 million, with most of them long orders. Of which, up to $13 million were liquidated BTC long orders.

In the coming days, the crypto community is “holding its breath” waiting for the Paris Hard fork – the final step of Ethereum to complete The Merge. In addition, with the CPI not being positive, it is highly likely that the Fed will keep the interest rate hike unchanged at 0.75% in the adjustment intervention at dawn on September 22.

This is based on the assertion of Fed Chairman Jerome Powell that: The Fed remains “hawkish”, not giving up curbing inflation in exchange for growth. The agency intends to maintain interest rate hikes to reach the 2% inflation target by the end of this year.