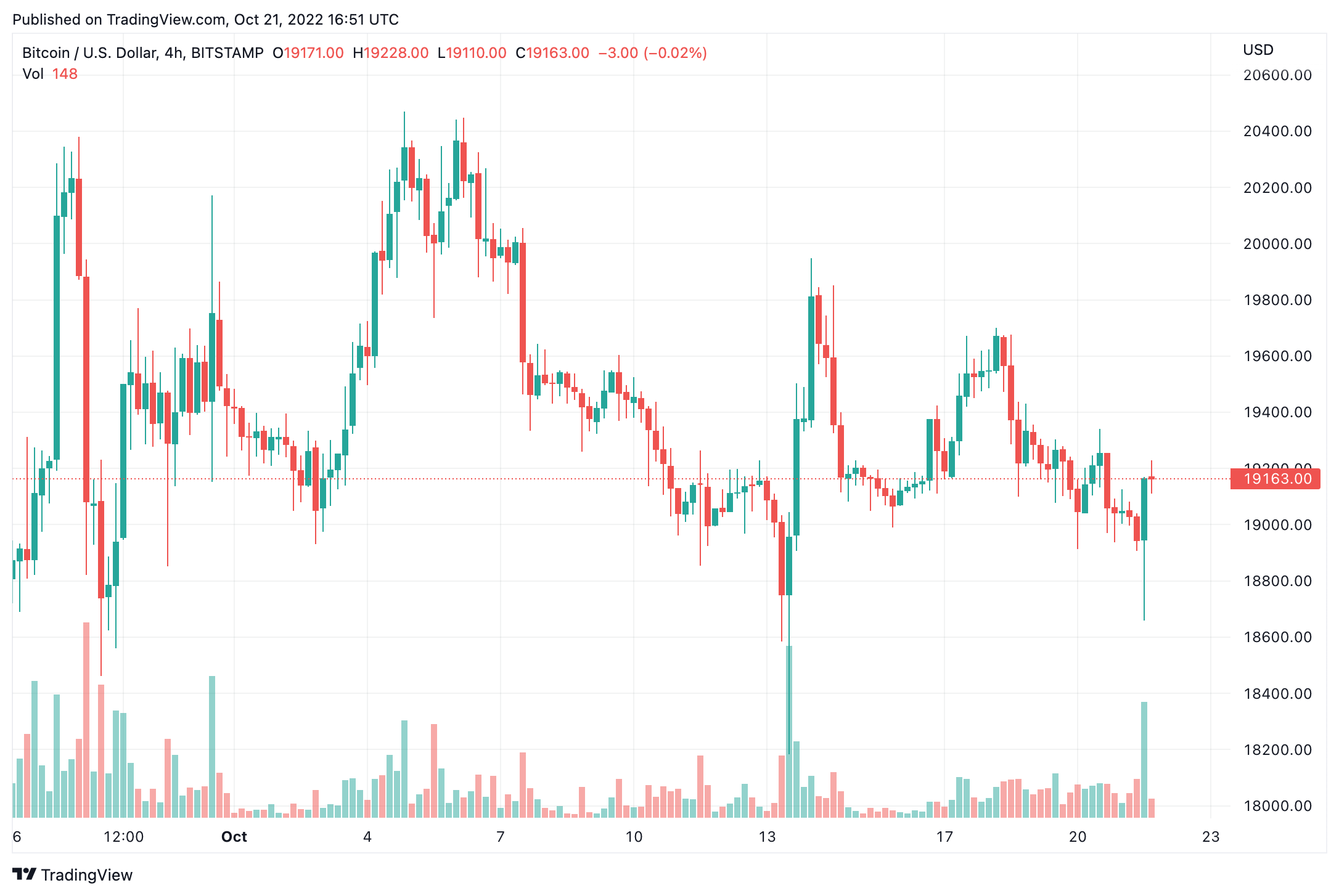 Following a failure to catch up with robust equities, which gained earlier this week due to a solid corporate results season, the largest cryptocurrency is still on the ropes due to macroeconomic uncertainties.

The Wall Street Journal reported earlier this Friday that Federal Reserve policymakers were on pace to raise the benchmark interest rate by 75 basis points in November. This would be the fourth such increase in a row. The report says that some Fed officials signaled their willingness to slow down the dizzying pace of rate hikes shortly to avoid a sudden economic downturn. However, given stubbornly rising inflation, the broad view appears that now is not the time for a dovish turn.

However, there is little certainty about the Fed’s next step. For the time being, it appears that the central bank will choose a 50-basis-point increase in December. On the other hand, Cleveland Fed President Loretta Mester has already stated her support for two straight 75-basis-point rate rises. Bitcoin has been trapped in a relatively narrow range for the previous two weeks. Bitcoin has spent the previous two weeks trading below the $20,000 mark, the longest stretch since it was surpassed for the first time in December 2020.

[PolkaStarter] Invite developers to Polkastarter NFT Hackathon and earn up to $1,000 in rewards