According to data from cryptocurrency researcher Elias Simos, wallet addresses with more than 1,000 BTC have continued to grow despite the sudden drop in Bitcoin price. As such, whales can be seen attempting to accumulate Bitcoin during the current abrupt correction. 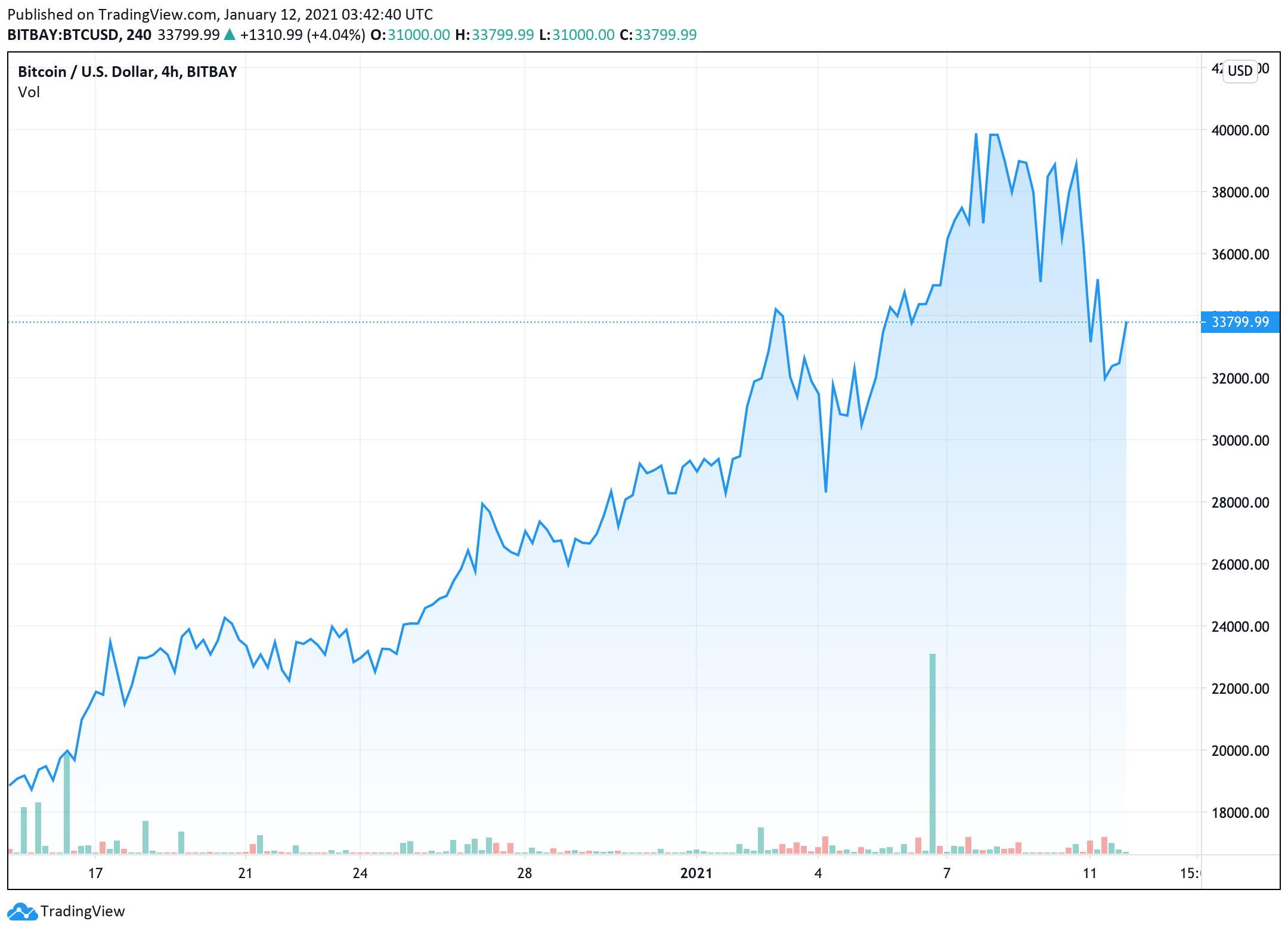 Whales are still buying BTC despite Bitcoin price correcting to $ 34,800 at the present time

Bitcoin price fell more than 23% on Monday after BTC rose to an all-time high of nearly $ 42,000 over the weekend. However, whale addresses have shown cumulative behavior, which shows that large investors are buying into the current bull run.

According to data compiled by independent crypto researcher Elias Simos, wallet addresses with more than 1,000 BTC have continued to grow despite the sudden downturn in valuation. Simos concluded that whales were gobbling up Bitcoin during a panic sell generated by retail investors.

Market data shows whale addresses increasing by 4% since December 2, 2020, with smaller addresses (less than 0.01 BTC) falling by more than 6%.

Crypto analyst Lark Davis has recently warned bitcoin investors they should avoid becoming “whale food” during the dip, as per his words large investors are shaking the market while shorting it to make a profit.

The analyst was quoted as saying:

“There are very rich and very powerful players in this market who are very good at manipulating the market.”

Once Bitcoin drops, the whales buy coins sold by retail investors at a discount and keep accumulating BTC.

The total cryptocurrency market cap fell by more than $200 billion as Bitcoin price dropped to $30,229 but now has recovered slightly to $ 33,800

BitMEX has partnered with Chainalysis to increasing screening of illicit activity