After a relatively flat holiday weekend in the US, the top cryptocurrencies rebounded, if ever so slightly. Bitcoin climbed to over $20,300 by early morning trading, after holding its ground by fluctuating between the relatively narrow band of $19,000 to $20,000 since moving into July. But at the time of writing, Bitcoin price has fallen below $20,000 and now trading at $19,828. 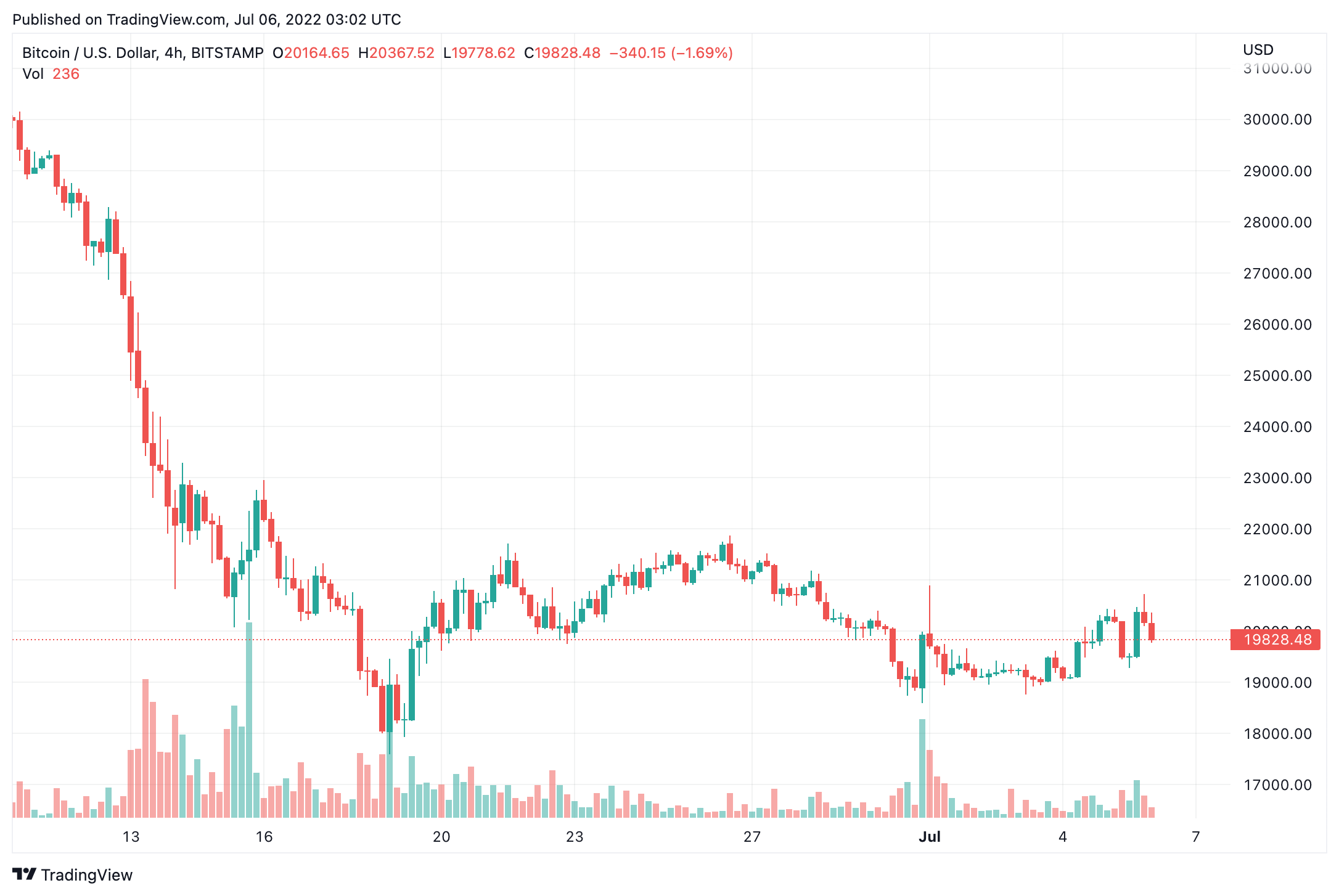 After dipping early Tuesday during U.S. trading hours, Bitcoin, Ether, and most major cryptos gained momentum and were in the green by the close of equity markets. Bitcoin was recently changing hands at about $20,600, up more than 4% over the past 24 hours. The largest cryptocurrency by market capitalization has been struggling to stay above the $20,000 threshold for the past month and dropped almost 60% during this year’s recently closed second quarter, its worst quarter since 2011.

“During this 8-month slide since Bitcoin & Ethereum hit all-time highs, whales have widely varied in their behavior toward accumulating and dumping certain assets. Our latest touches on upswings in big transactions for LTC, BUSD, CRV, CVX, & SRM!”, Santiment reported. 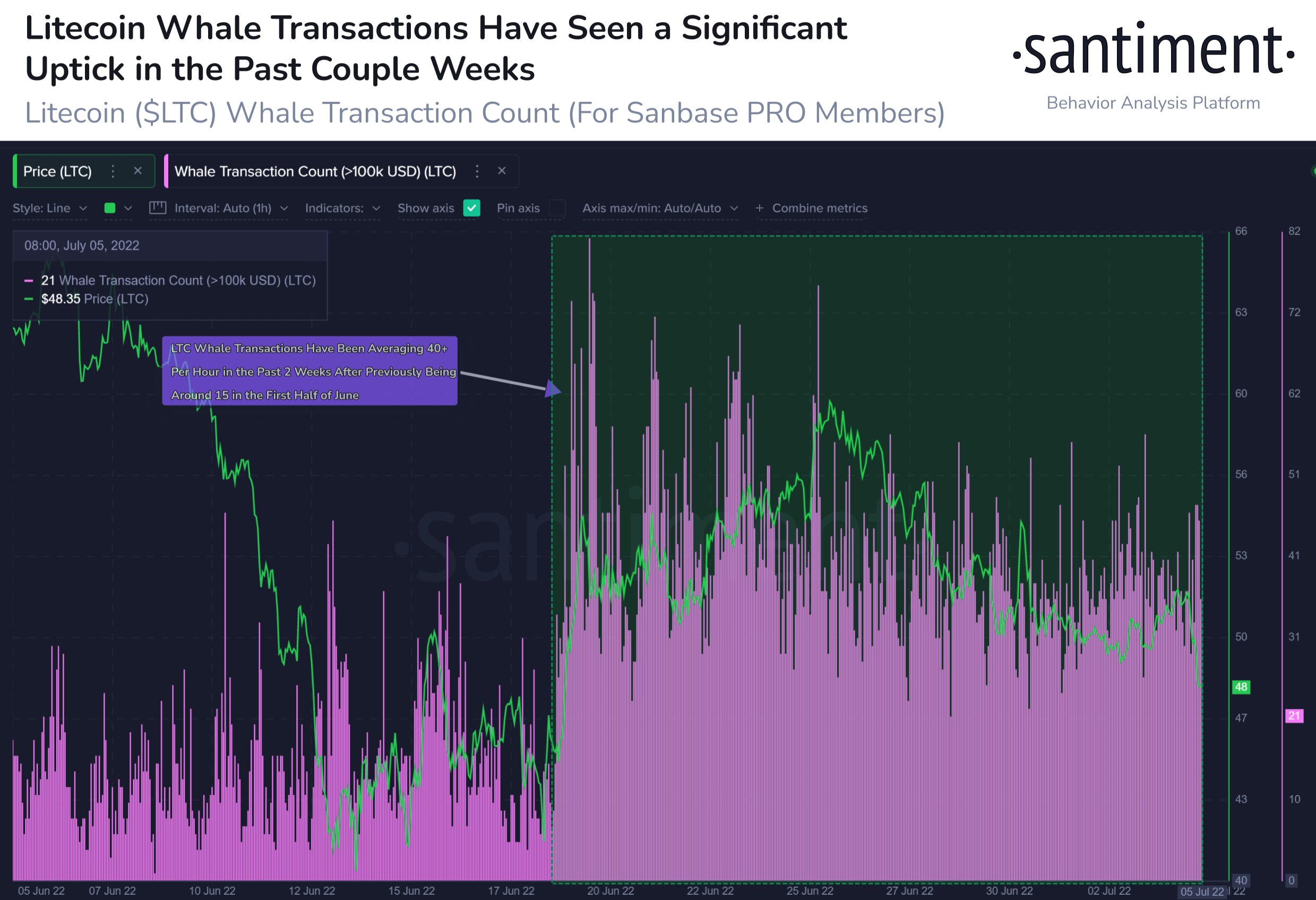 In its ongoing moves above and below the $20K threshold, BYC took the latest in a series of recent, small dives but later regained its perch above the psychologically important mark.  Ether, the second-largest crypto by market cap, was changing hands at about $1,140, up slightly for the same period. Other major cryptocurrencies were largely up from the previous day with AVAX and SAND among the biggest winners, recently rising more than 9% and 5%, respectively. LTC recently dropped nearly 2%.

The cryptocurrency Fear & Greed Index rose by 5 points to 19 on Tuesday to hit its highest level since May 7, but remained in “extreme fear” territory. The overall cryptocurrency market cap stands at $894 trillion, and Bitcoin’s dominance rate is 42.4%.