Bitcoin price dipped below $40,000, the midpoint of a three-month long trading range

Bitcoin price faced selling pressure as markets began a rerun of yesterday’s losses. The world’s largest crypto by market capitalization dipped below $40,000, the midpoint of a three-month price range. Choppy trading conditions indicate uncertainty among traders, especially as macroeconomic and geopolitical risks linger. At the time of writing, BTC is changing hands at $39,602.

BTC/USD following a grimly familiar course on April 22, hitting lows of $39,197 on Bitstamp. The previous day had cost bulls $40,000 support, a level that had yet to cement itself as a meaningful line in the sand.

Further, the rising correlation between BTC and stocks means investors are more sensitive to the impact of rising interest rates on asset values, similar to what occurred in 2014 and 2018. That could keep some buyers on the sidelines, which points to lower market returns, especially compared with the previous two years of unprecedented monetary and fiscal stimulus.

On Friday, most altcoins declined by less than bitcoin, which suggests the current pullback in prices could be temporary. Typically, altcoins underperform in a market sell-off because of their higher risk profile relative to Bitcoin. Technical indicators suggest that BTC could stabilize at around $37,500 despite signs of slowing price momentum on the charts. 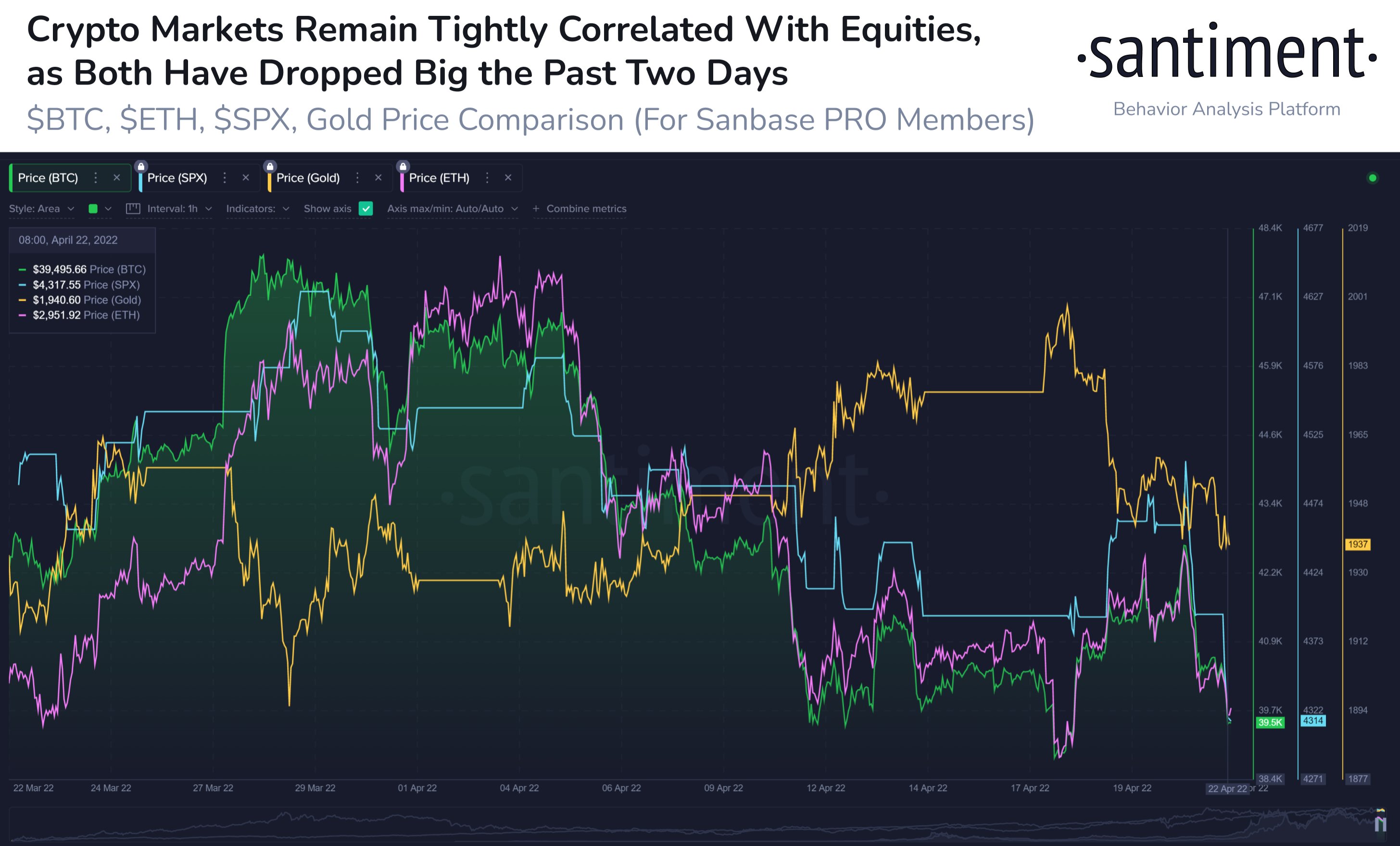 A positive momentum signal on bitcoin’s daily chart was invalidated on Thursday, which typically precedes a period of price weakness. However, on the weekly chart, momentum remains slightly positive, suggesting that rangebound trading could persist over the next few days.

Most technical indicators are neutral, although a significant loss of upside momentum on the monthly chart increases the probability of a break below BTC’s year-long price range. Further, the recent increase in sell volume relative to buy volume means traders have been reluctant to maintain long positions after the 2020 crypto rally. For now, the upward sloping 100-week moving average, currently at $35,693, has kept the uptrend intact. If the price breaks below that level, the next support zone is $27,000-and $30,000.

The overall cryptocurrency market cap stands at $1.846 trillion, and Bitcoin’s dominance rate is 40.8%.