Bitcoin price declines, Ether plummets in the hours after the Merge

Bitcoin price fell below the $20,000 support line while Ether saw a sell-off following the long-awaited network “Merge”. The total cryptocurrency market capitalization fell below $1 trillion as all top 10 tokens were trading down. At the time of writing, BTC is changing hands at $19,762. 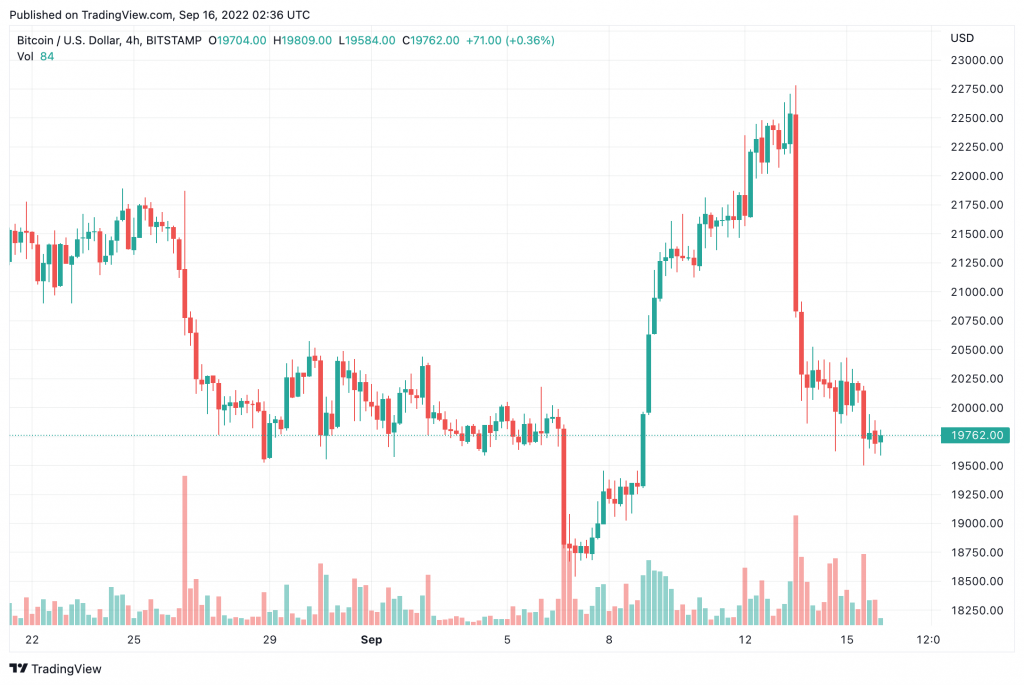 Bitcoin price declined 2% on moderate volume. On an hourly basis, BTC saw a similar aggressive drop in prices around 14:00 UTC. A look across traditional financial markets shows corresponding declines. Bitcoin fell below the psychologically important $20,000 barrier for the first time since September 8, a nearly 3% drop from the previous day. The largest crypto in market value has tended to underperform Ether in recent weeks.

“Ethereum’s Merge day has justifiably been the overarching trend, even with its now concluded and relatively drama-free, expected outcome. Over the past year, ETH has seen less interest, but this event will propel volatility in the near future”, Santiment reported. 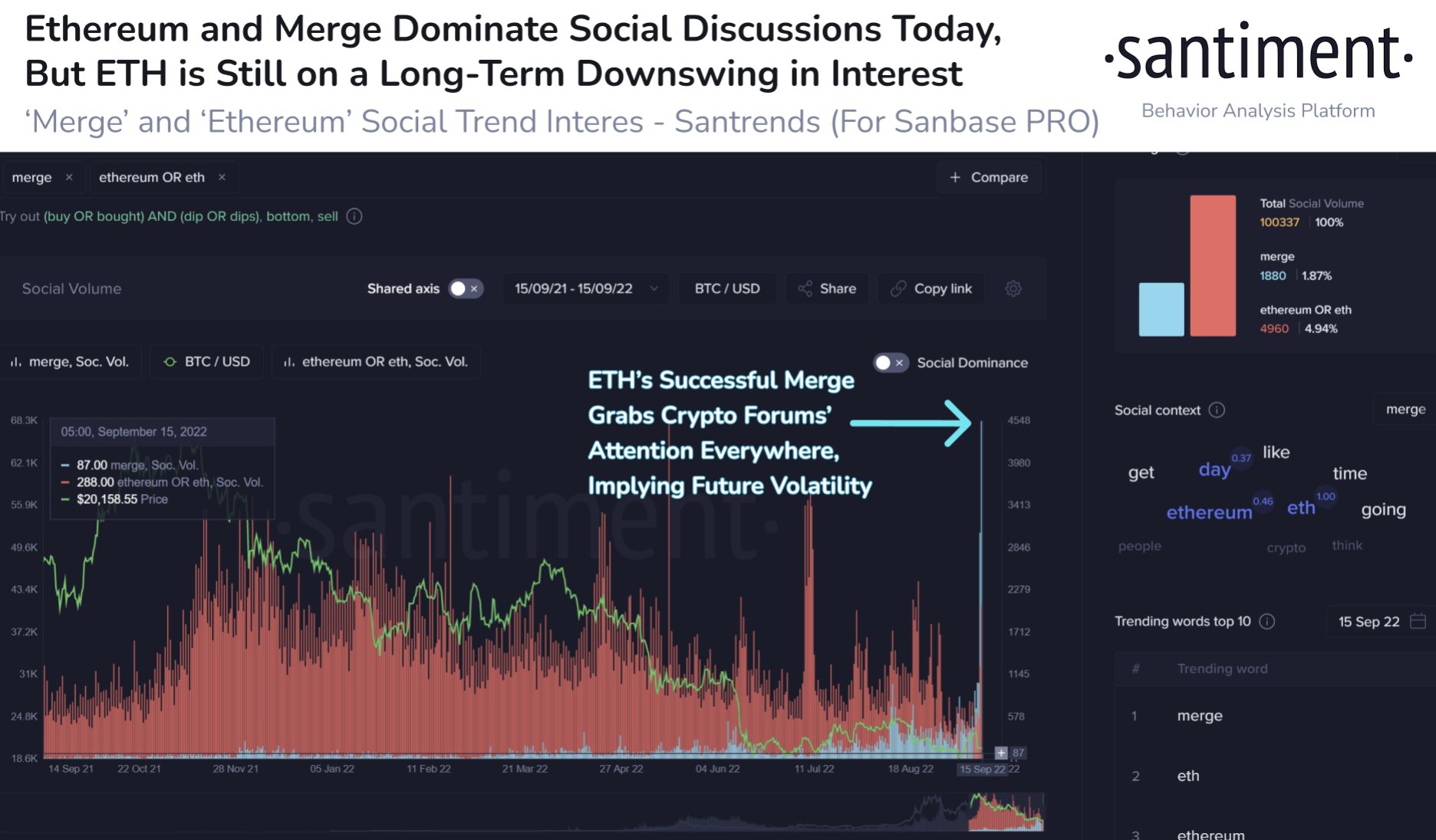 The Ethereum network “Merge” was completed with the deployment of the final upgrade known as “Paris,” which is expected to slash the network’s electricity use by up to 99.95% while improving transaction speeds. However, some investors said the Merge had been long priced into the Ether token, hence the selling after it was completed. Some Ether miners rejected the Merge as it would cut their revenue and create a fork to keep running the previous network. However, the currency for this fork, ETHPoW, lost 71% of its value to trade as low as $9.98.

The U.S. Labor Department on Thursday said unemployment claims fell in the week ended Sept. 10 to the lowest since May, suggesting a robust economy that may support an aggressive interest rate increase by the Federal Reserve next week as the central bank has made taming inflation its priority. August retail sales figures in the U.S. also released on Thursday came in higher than expected with a 0.3% increase from July.

The overall cryptocurrency market cap stands at $959 trillion, and Bitcoin’s dominance rate is 39.4%.