Bitcoin price has been roughly flat over the past week, although some options traders have hedged against further price declines. BTC has been primarily flat for the past week, struggling below $40,000, which is the midpoint of a three-month price range. Technical indicators have shown bullish and bearish momentum over the past month, increasing the risk of a breakout. That means upside momentum may be limited in the future. At the time of writing, BTC is changing hands at $37,873. 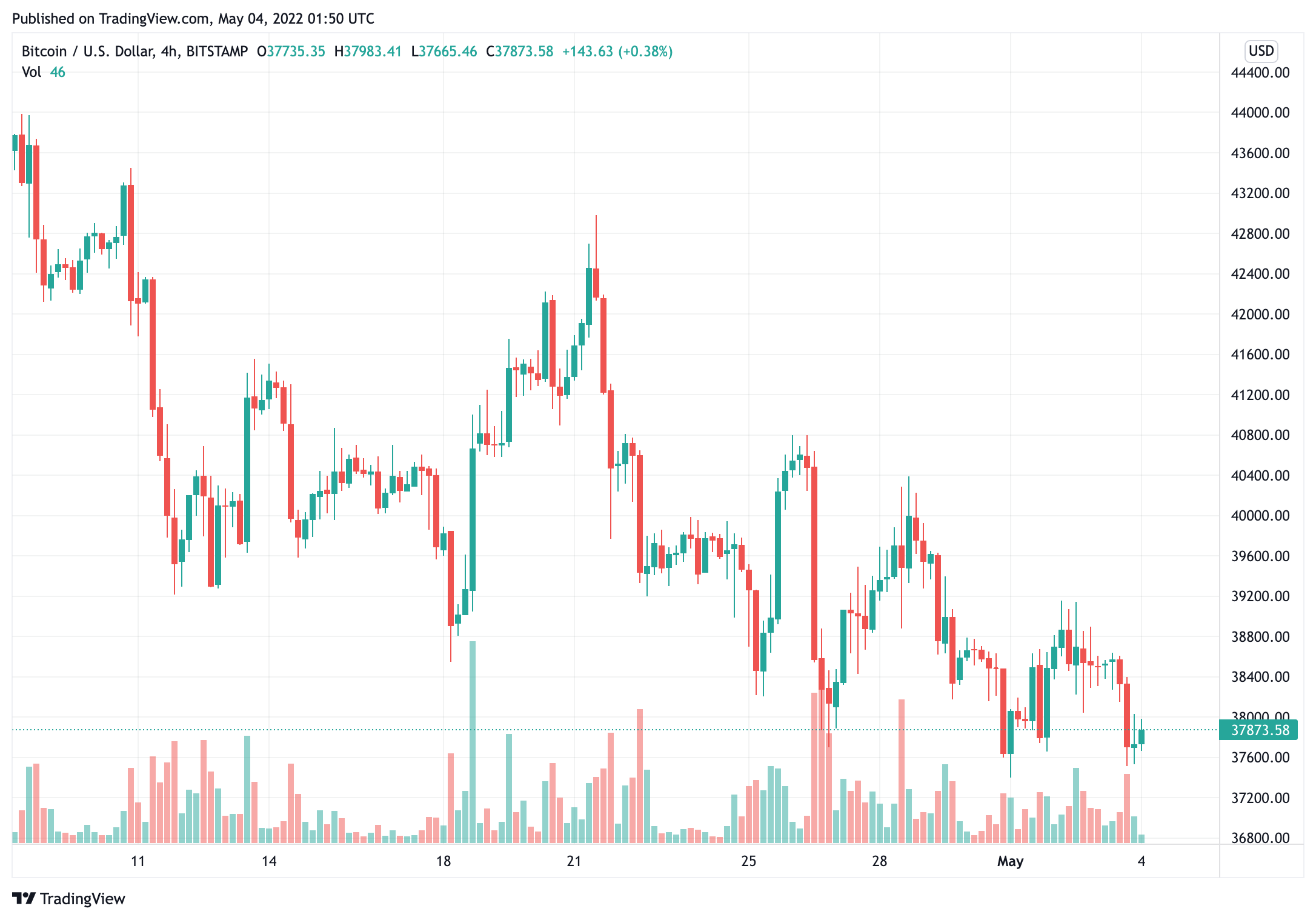 Bitcoin and cryptocurrency prices have been stuck in a holding pattern ahead of the Federal Reserve’s closely-watched Wednesday interest rate decision that could come with a $9 trillion bombshell.

The Bitcoin price has struggled through the first few months of 2022 as central bank monetary tightening squeezes assets. The Fed is widely expected to hike rates by 50 basis points—the biggest rate increase in 22 years—to temper soaring inflation. In recent weeks, the leading cryptocurrency has found a floor, repeatedly hitting support at around $38,000 as positive Bitcoin and crypto developments roll in.

“Bitcoin and Ethereum see significant battles between bulls and bears during the ongoing FOMC meeting. Our latest insight covers the falling wedges on both BTC & ETH charts and rising lows in terms of BTC active addresses”, Santiment reported. 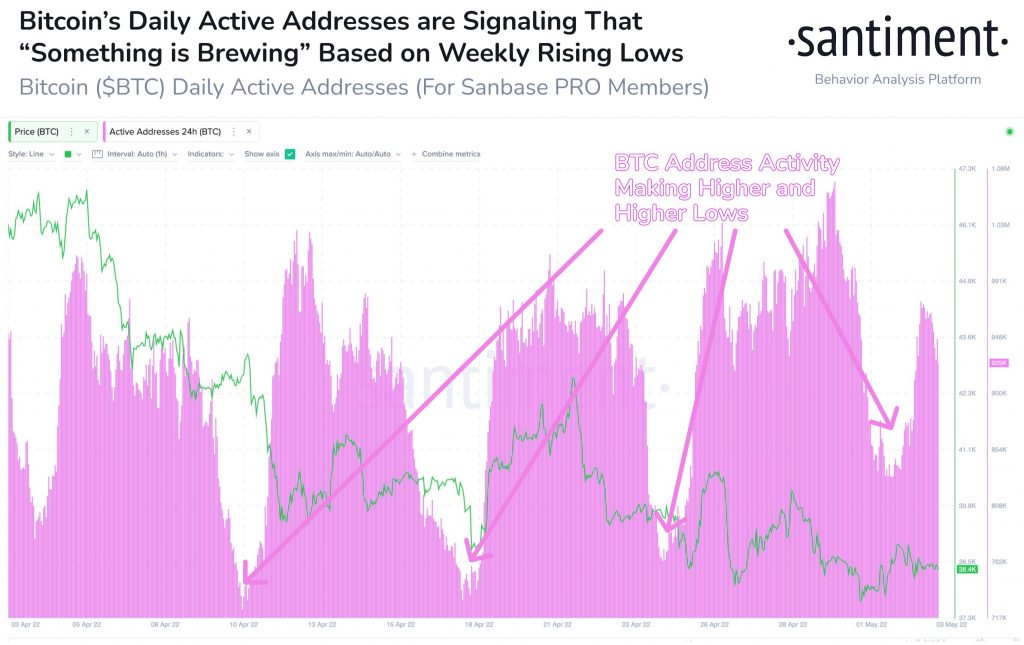 Bitcoin continues to hold support above $37,500 but could face higher volatility over the next few days. That indicates indecision among traders – a common theme so far this year.

Momentum signals have weakened on daily, weekly, and monthly charts, which increases the chance of a price breakdown. Lower support is seen at around $30,000-$32,000, which could stabilize pullbacks over the short term.

Still, other technical indicators are neutral, which means intraday buying could be short-lived. Strong resistance at $46,700 could cap upside moves, similar to what occurred in late March. The Relative Strength Index (RSI) on the daily chart has remained below 50 (a neutral reading) over the past month. The RSI sustained low readings last November and December, which preceded a price drop below $46,000.

Now, buyers have failed to maintain consecutive weekly closes above $40,000, which is the midpoint of a three-month price range.

📊 When #Tether whale holdings and #Bitcoin whale holdings both increase, there’s a promising sign of a market turnaround. Thus far, $USDT is showing accumulation, but $BTC whales are still a bit indecisive, likely until the end of the #FOMC meetings. https://t.co/5AD2JpP3qo https://t.co/XChvWjtpkl

Bitcoin and other cryptos continue their spiral of the past five days as investors await the worst-kept secret in recent U.S. monetary policy, the Federal Reserve’s half-point rate interest rate hike. Ether was changing hands at about $2,800, off similarly for the same period. Most other significant cryptos were in the red, albeit not by much. SOL, ADA, and AVAX had recently fallen more than a percentage point. CRO and TRX rose roughly 5%, and ALGO jumped nearly 6% a day after announcing that it would become the official blockchain platform of FIFA, soccer’s world governing body.

The overall cryptocurrency market cap stands at $1.713 trillion, and Bitcoin’s dominance rate is 42.1%.

XRP price opened May with a decent price rebound after falling 28% in April, what’s next?

Do Kwon has introduced his plan to revive the embattled…

Bitcoin price is oversold and could see a short-term…