Bitcoin price has stalled after surpassing the previous resistance at $ 9,300. This market-leading cryptocurrency is currently showing some signs of weakness as it struggles to push higher. Elsewhere, it’s important to note that the large whales on Bitfinex have been offloading their short positions, signaling that they anticipate the crypto to climb higher. 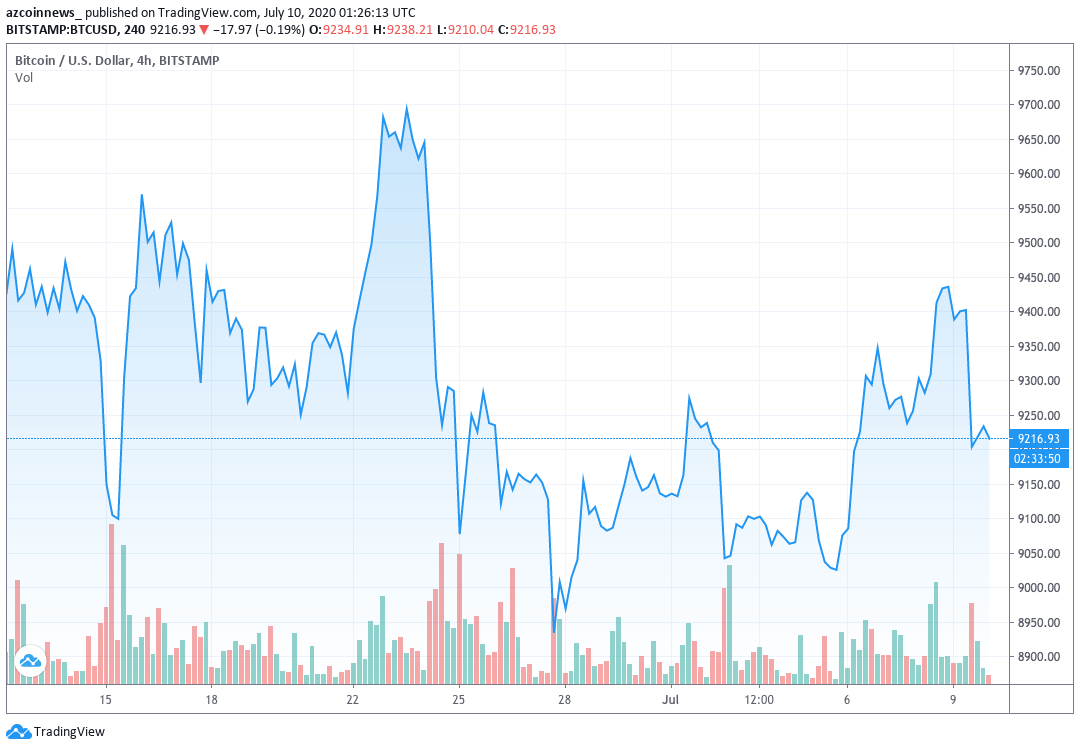 While the profits generated from Bitcoin are there, many altcoins are even more so. Some leading altcoins have also increased by over 300% since the beginning of the year.

BTC was still caught in a month-long trading range formed for the first time in early May. This range exists between $ 9,000 and $ 10,000, and market participants were unable to break through either level. Bitcoin is currently flashing a massive bearish technical model. However, that could signal a sharp downward movement imminent.

While a break above its $ 9,300 resistance level is noticeable, that won’t make much sense until BTC can break through the resistance around $ 9,500 and in the area above $ 9,000.

According to Byzantine General analyst about this trend in a recent post:

The USDT whales on #Bitfinex gave up.

They went heavily short during the final stages of the rally in May, but recently they’ve been offloading pretty much their entire position.$BTC pic.twitter.com/6EuQJBZ8oo

There is a technical pattern that has been formed throughout the past week that may spell trouble for where Bitcoin goes next. On the other hand, the AnalaskanGooner analyst pointed out a rising wedge coupled with low volume that is strikingly similar to that seen just before the March meltdown. 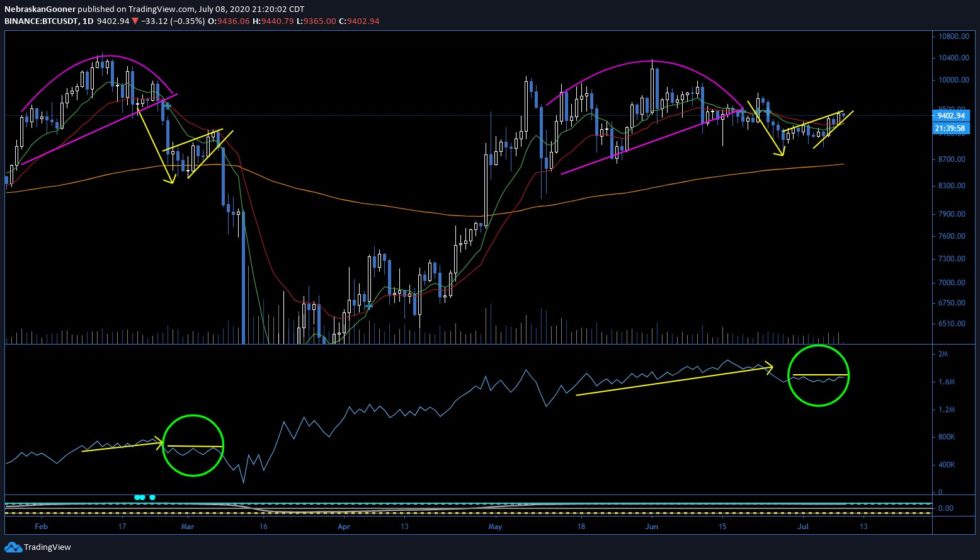 The next couple of days should reveal the validity of this pattern, as any push higher would invalidate it.

Bitcoin whale just moved nearly 19,631 BTC worth about $184 million to an unknown wallet

It is worth mentioning that this whale has been dealing with a wallet address with no previous transaction history. About 37 minutes later, that wallet sent all the BTC to a long list of private wallets with an amount of about 195,045 BTC (about $ 1.83 million).

Among those recipients, all but one seem to have turned their entire Bitcoin into a series of smaller transactions with other wallets, resulting in hundreds of transactions across the board.

“The initial sending address, which no longer holds any Bitcoin, has transactions dating back to November of 2018. Had the wallet not moved the Bitcoin, it would currently rank as the 38th largest address, with more than 0.1% of the total coins in circulation. ”

It is not clear if the BTC was sent to any known crypto exchange, where it could be sold on the open market. It seems we can only wait and see where the Bitcoin price will go soon!

BitTorrent has added Binance USD and BNB as payment option