Bitcoin price could hit $30,000 if the current daily trend of higher highs and lows continues 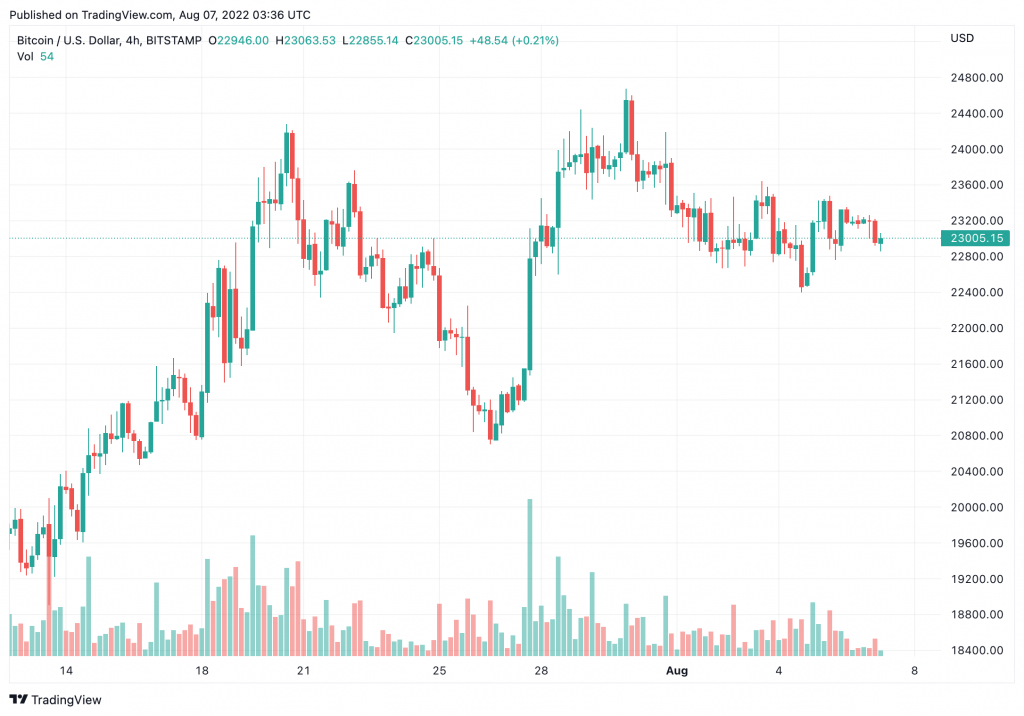 BTC/USD climbed overnight to once again sit near the top of its established trading range. After multiple attempts to break out above range resistance at $23,500, the pair appeared to still be stuck in limbo at the time of writing, but hopes of bullish continuation were already there.

“Expecting more volatility over the wknd,” on-chain monitoring resource Material Indicators wrote in part of its latest Twitter update on Aug. 5. “If the Bear Market Rally can push BTC above 25k there isn’t much friction to 26k – 28k range. Losing the trend line would be bad for bullish hopes and dreams.”

$28,000 would be over 20% higher than the current spot price and would represent a nearly two-month high. Material Indicators included a chart showing the trendline mentioned sitting at $22,000 — around Bitcoin’s current realized price.

The chart further showed bid support increasing immediately below the spot, while major resistance lay at $24,500. 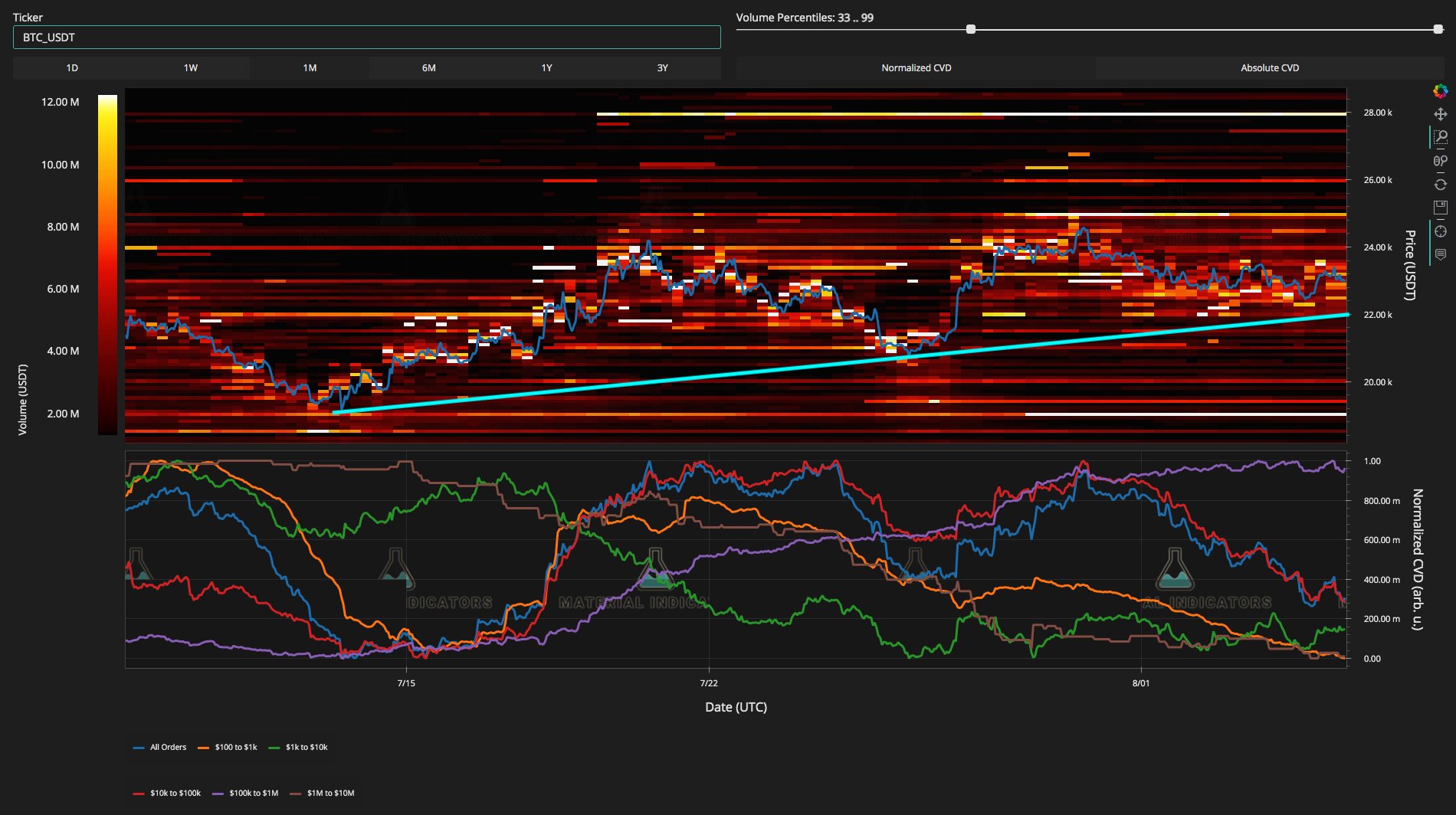 Weekend trading traditionally sparks more volatile price action thanks to a lack of liquidity on exchange order books, which are dominated by retail traders while institutions and professionals stay away until the new trading week.

“Weekend is all about range trading due to the fake-outs,” pseudonymous trader Crypto Tony added. “I like to identify the range and then play accordingly Ranges are effective at identifying true breakouts, or fake outs. You can play both of them.”

RSI is a core metric that shows how comparatively overbought or oversold BTC is at a certain price, and in June it hit its lowest level ever. Now rebounding, RSI could even signal an end to the 2022 bear market, PlanB suggested. 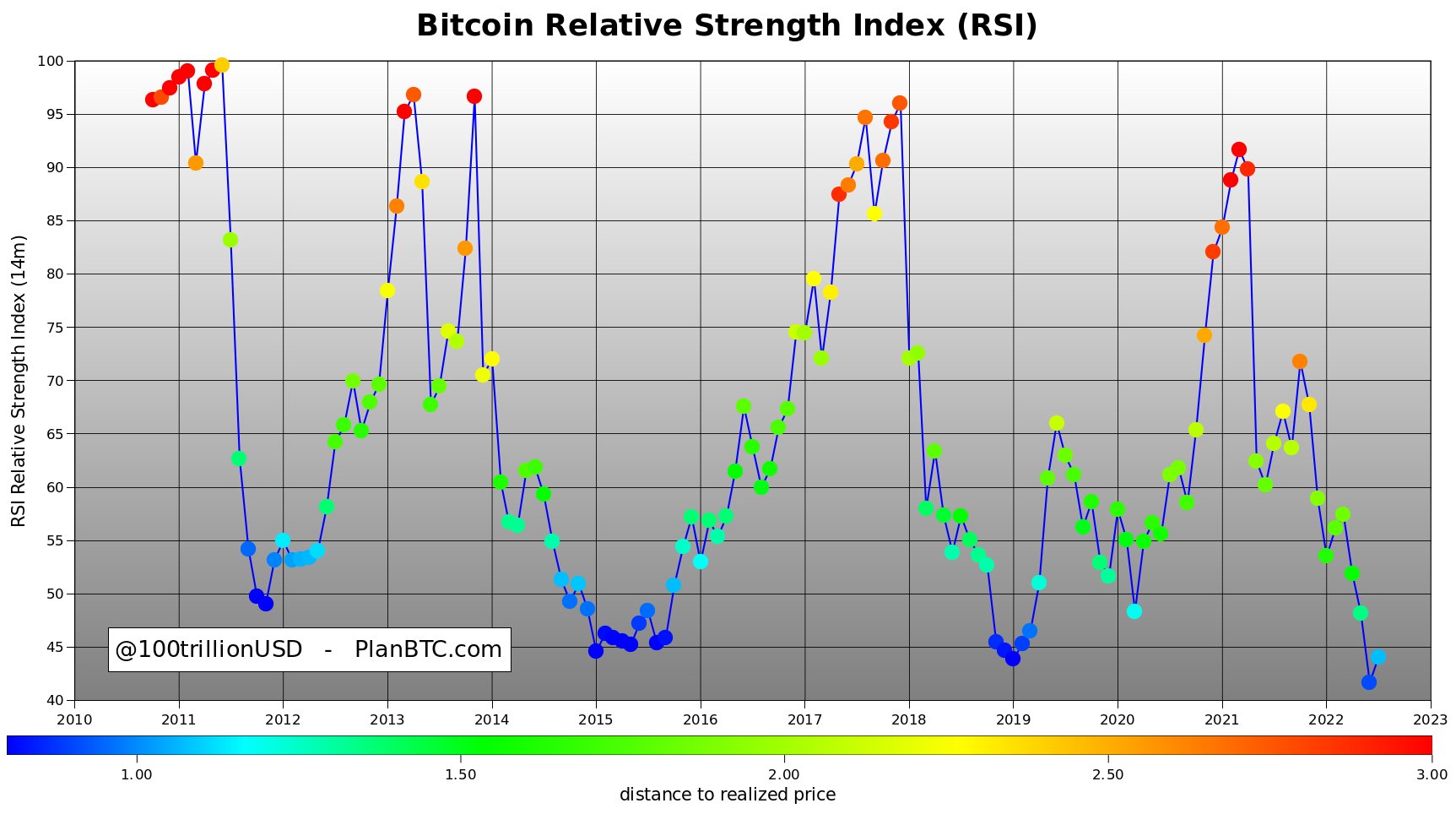 In a previous post on Aug. 3, PlanB acknowledged that BTC/USD was still “far below” the stock-to-flow daily estimate, this being $83,475 for Aug. 6 according to the automated calculator S2F Multiple.

Dogecoin had a much greater transactional capacity than Bitcoin