Crypto Research Report: Bitcoin price could approach $400,000 in the next ten years, increase of more than 4,000%

According to a report from the Crypto Research Report, researchers predict Bitcoin and Ethereum prices along with Litecoin, Bitcoin Cash, and Stellar will receive a significant surge before 2025, possibly continuing for at least five years. The good news is even that Bitcoin price could rise to $ 400,000 in the next ten years.

Bitcoin price could approach $ 400,000 in the next ten years

“We believe that Bitcoin is still at the very start of its adoption curve. The price of $ 7,200 at the end of 2019 suggests that Bitcoin has penetrated less than 0.44% of its total addressable markets (worth $ 212 trillion). If this penetration manages to reach 10%, its non-discounted utility price should reach nearly $ 400,000.”

The report also looks at inbound and out-of-chain velocity metrics for altcoins. It concludes that the growth in the number of speculative transactions on exchanges is faster than the growth of utility transactions to Buy goods and services. 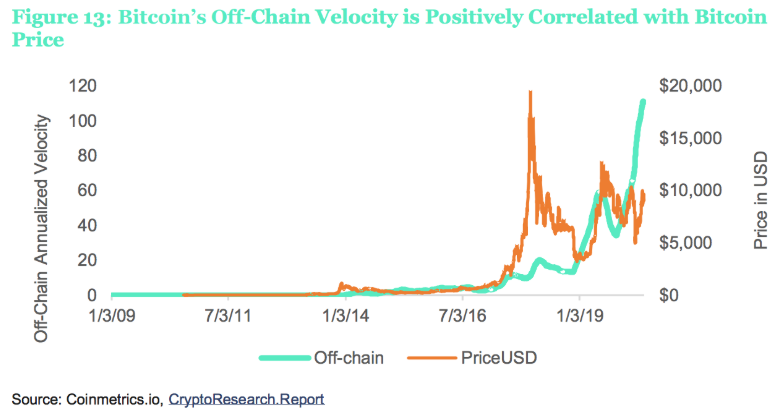 “If cryptocurrencies gain adoption for long-term hoarding purposes or for short-term spending on speculation or coffees, the price of crypto assets will go up. High-velocity on-chain and low-velocity off-chain suggest that crypto assets are becoming increasingly used for speculation and not for the store of value.”

Bitcoin price has stalled at a high of $ 11,000 for the past few days after BTC faced a second rejection at $…
Education

Bitcoin price had risen sharply in recent weeks, hitting $ 12,200 at the end of the week before buyers flocked in.…
Loading ... Load More Posts No More Posts