Bitcoin price cooled down but still kept above $ 50,000 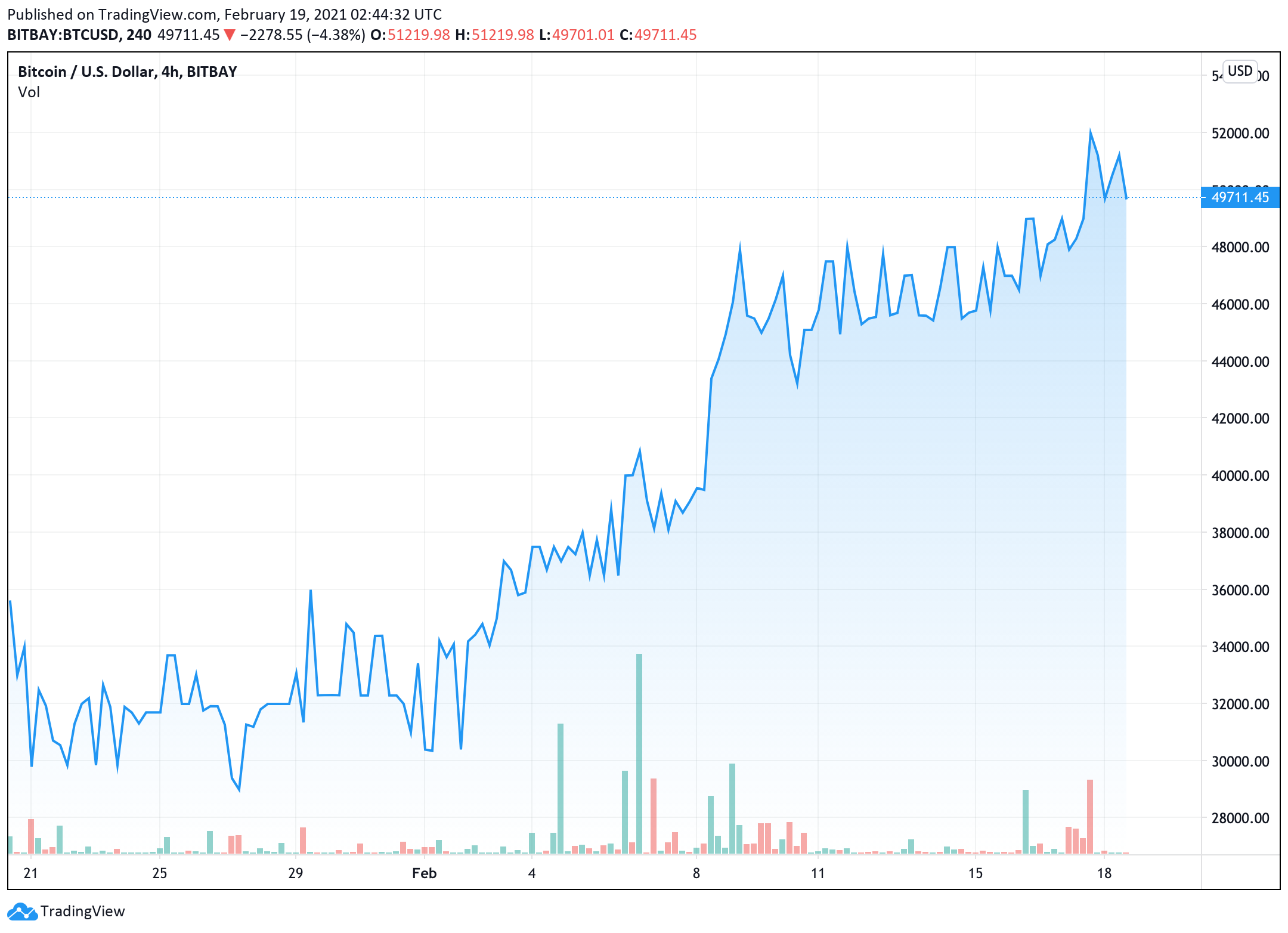 Bitcoin price cooled down but still kept above $ 50,000

Statistics data from CoinMarketCap show that Bitcoin transactions over the period were $ 51.6 billion, a market capitalization of $ 963 billion – a drop of nearly $ 5.5 billion compared to early yesterday.

Bitcoin lost its momentum, but many professional traders believe that this leading cryptocurrency will continue to hit high prices in the future. Accordingly, Anthony Pompliano, co-founder of asset management firm Morgan Creek Digital Assets, forecasts Bitcoin could hit the $ 500,000 mark by the end of the decade and possibly reach $ 1 million at a later date.

“I think Bitcoin will eventually become a global reserve currency. This cryptocurrency will also have a much larger market cap than gold.”

Pompliano’s $ 1 million Bitcoin price prediction is based on a variety of factors, including the limited supply ($ 21 million BTC) as well as the decentralized nature of the technology behind Bitcoin.

Bitcoin is not controlled by any authority. Instead, the Bitcoin network is made up of miners who operate a series of dedicated computers that perform the Bitcoin mining process.

Because there are so many different miners, no entity can control the system. And because the computers they use are usually high-powered machines, many consider this one of the most powerful computer networks in the world.

Pompliano said, saying that Bitcoin will become the global reserve currency of the Internet generation:

“More and more market entry, more liquidity. And as liquidity increases, more benefits will be born. Then prices will be more stable.”

Sharing an optimistic view on the future of Bitcoin, JPMorgan previously said that the world’s largest-cap virtual currency could compete with gold, with Bitcoin’s long-term price target of $ 146,000.

“Bitcoin is competing with traditional gold. Bitcoin is a form of digital gold.”

However, there are also many mixed opinions. According to a report by UBS Wealth – the world’s leading asset management company – cryptocurrency prices in general and Bitcoin prices, in particular, may continue to rise in the short term thanks to several factors including home demand. New investment entering the market, the broader acceptance of financial institutions, and limited supply. But the cryptocurrency industry faces vital risks in the long term.

“In our opinion, there is almost no guarantee that cryptocurrencies won’t fall back to zero when a better-designed version of the cryptocurrency is introduced or changes in monitoring regulations make the mood. Investor’s change.”

Returning to the evolution of the cryptocurrency market, some coins this morning were also on the rise. As Ethereum increased 4.8%, Binance Coin increased 17.6%, Cardano increased 2.3%. Total capitalization recorded earlier today is at $ 1,590 billion, up 1.18%.

What is MimbleWimble via Extension Blocks (MWEB)? MWEB will…

After a while of research, the Litecoin Improvement Proposal (LIP) was established in 2019. Through this LIP, it…
Ripple News

We’d like to propose the first-ever decentralized, on-chain network hard merge of the Keep and NuCypher networks to…
Loading ... Load More Posts No More Posts