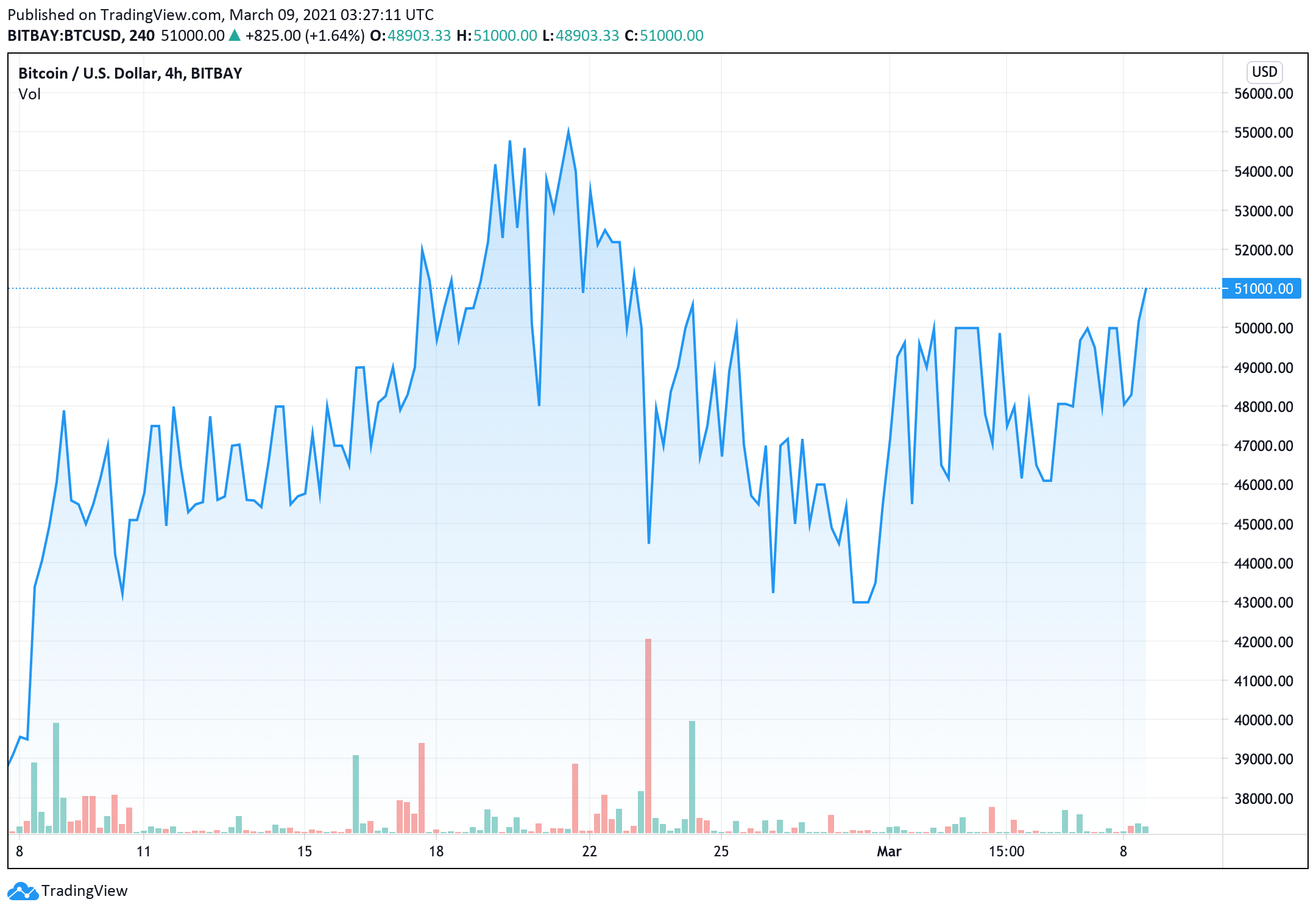 Bitcoin price has risen continuously over the past 48 hours, helping to capitalize approximately $ 670 billion

However, for the whole week, Uniswap is the Altcoin with the strongest increase with 35.3%. This rally helped Uniswap capitalization record $ 17.3 billion, ranking 8th among the top 10 largest by market cap.

Bitcoin in particular and many altcoins, in general, have been steadily increasing this year as more and more financial institutions and influencers in this market are showing interest in Bitcoin. Tesla says it can accept payments in Bitcoin, and its founder Elon Musk is also actively investing in Bitcoin.

There are new highs ahead for BTC

Peter Brandt, a widely followed cryptocurrency analyst well-known for accurately calling Bitcoin’s 84% decline in 2018, has predicted there are new highs ahead for this cryptocurrency.

Brandt’s prediction is based on technical analysis and fundamental drivers fueling the crypto’s rise. In a tweet sent to his over 435,000 followers, Brandt pointed to an inverse head and shoulders pattern on BTC’s price charts.