Bitcoin price continues to fall to $47,000, dragging many Altcoins into free fall, sending the market deep in the red 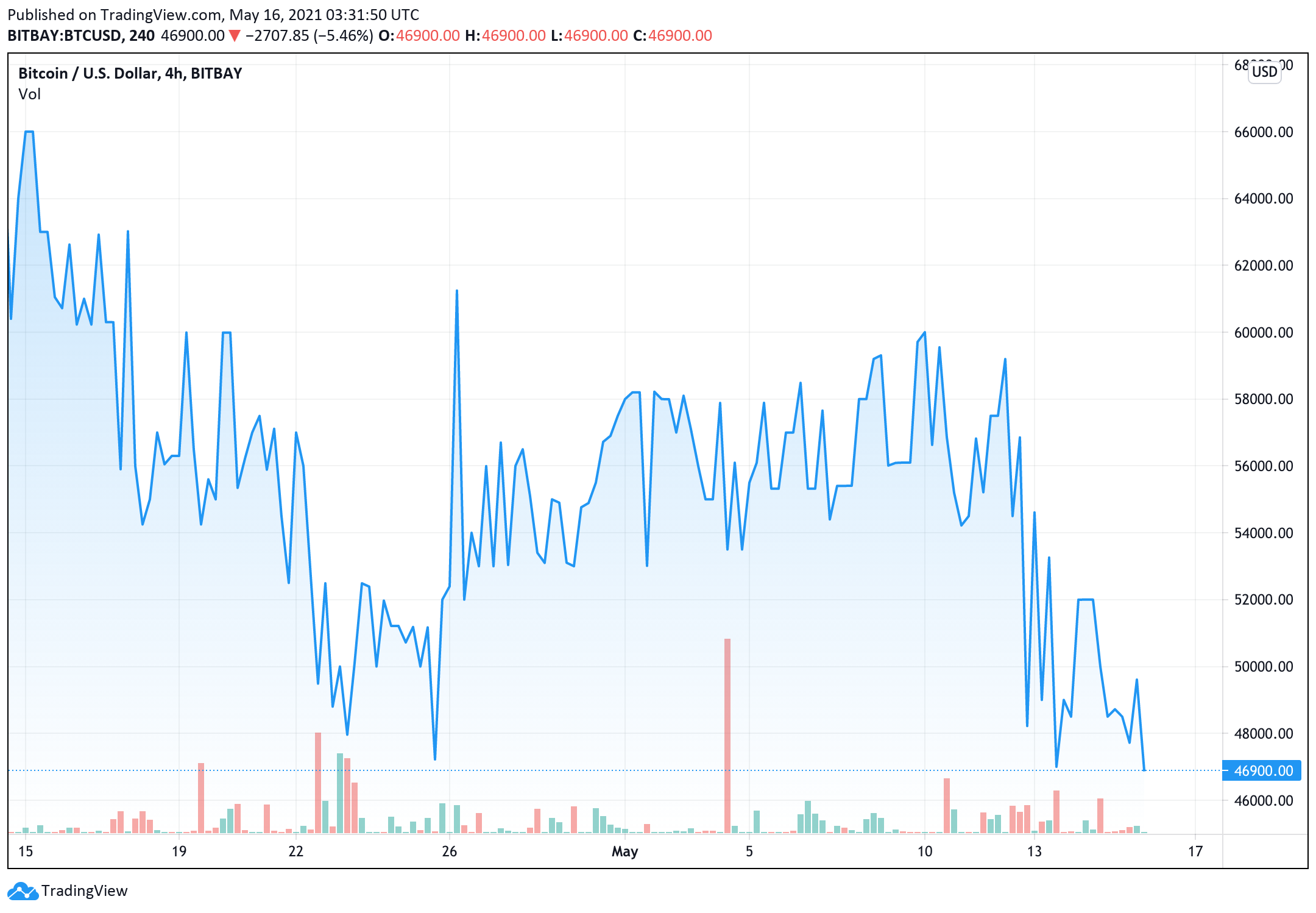 Bitcoin price fell out, the market was red

The sharp decline of large-cap cryptocurrencies caused the total capitalization to be pushed back to the $2,210 billion regions, down 5.45%.

Many traders believe that Bitcoin’s unexpected drop is related to billionaire Elon Musk’s announcement to stop accepting Bitcoin payments. Accordingly, on May 12, Tesla said that it will suspend car purchases with Bitcoin due to concerns that the use of fossil fuels to mine Bitcoin is increasing rapidly.

However, the head of Tesla said that he will consider other cryptocurrencies if the energy for transactions is lower than Bitcoin. According to Bloomberg, Musk’s turn has shocked many crypto fans. Nic Carter, an expert at Castle Investment Management, described his move as strange and confusing.

According to Glassnode, Bitcoin NVT (Network Value to Transactions) Ratio has been at the lowest point during the entire BTC rally that began in October last year and continued in January, pushing Bitcoin first above the $20,000 level and driving it on to $40,000 and then $64,000 zone.

Bitcoin NVT can be calculated by dividing the market capitalization by the volume of USD transferred on the BTC blockchain per day and it shows if Bitcoin is overbought or oversold. As per the chart, BTC NVT is almost as low as it was in March last year, when Black Thursday took place, pushing equity and crypto markets deep down.

#Bitcoin is extremely oversold to its economic throughput.

NVT is at its lowest for the entire bull run.

The only period for this run it was lower at is the March 2020 crash. pic.twitter.com/KJUuHZCmcu

Back then, Bitcoin lost 50% in one day and plunging below the $4,000 level. Crude oil quotes plummeted below zero. The current low level of Bitcoin NVT clearly demonstrates that the king crypto is very much oversold.