Bitcoin price fell 4% on moderate volume yesterday, following a 5% increase on Thursday. The largest cryptocurrency by market capitalization is now trading below $19,000 and is down 5% week over week. So far this year, bitcoin prices are down 61%. At the time of writing, BTC is changing hands at $19,141. 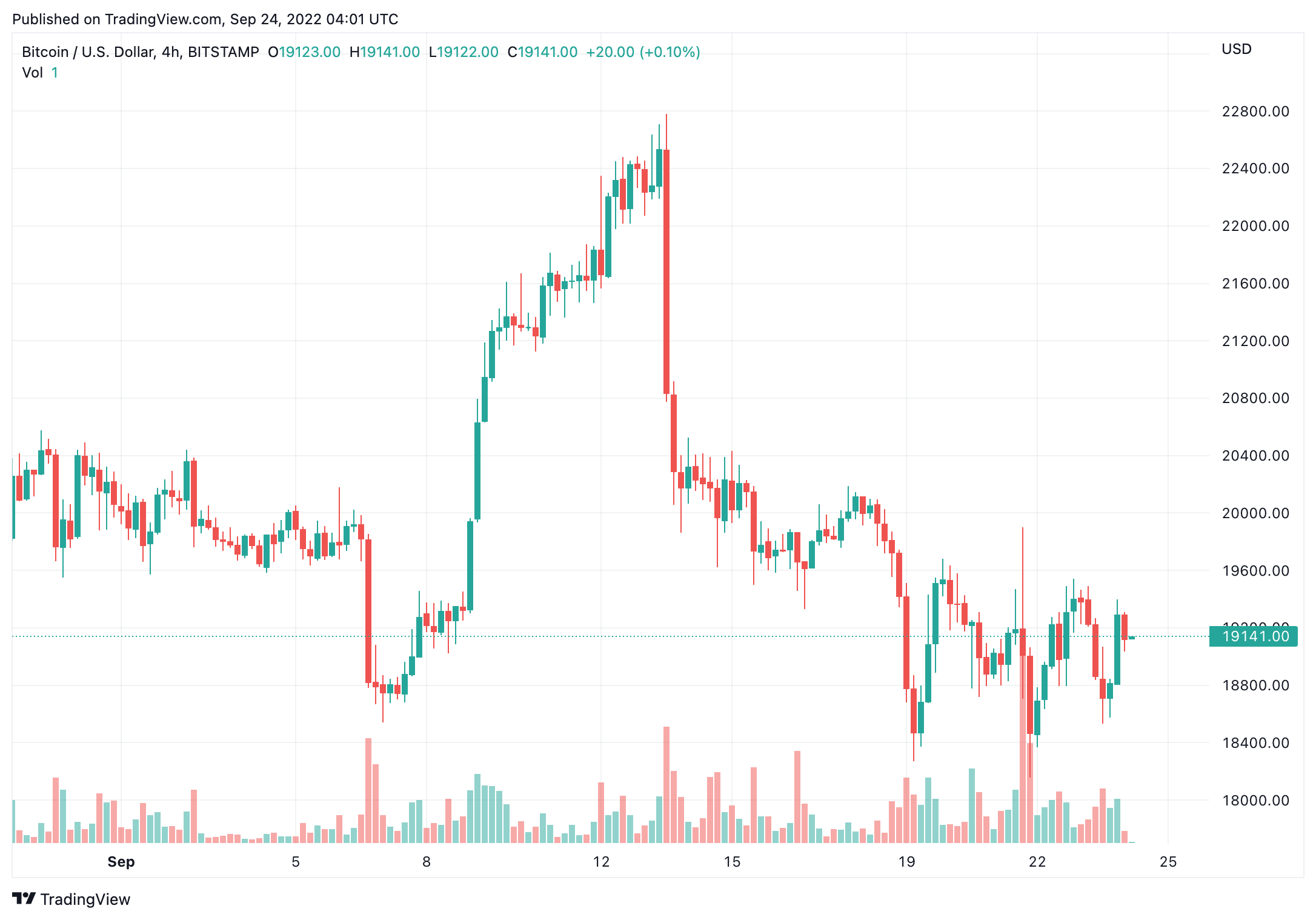 The price of Bitcoin has dropped below the $19,000 mark once again, slipping to an intraday low of $18,533 on the Bitstamp exchange. 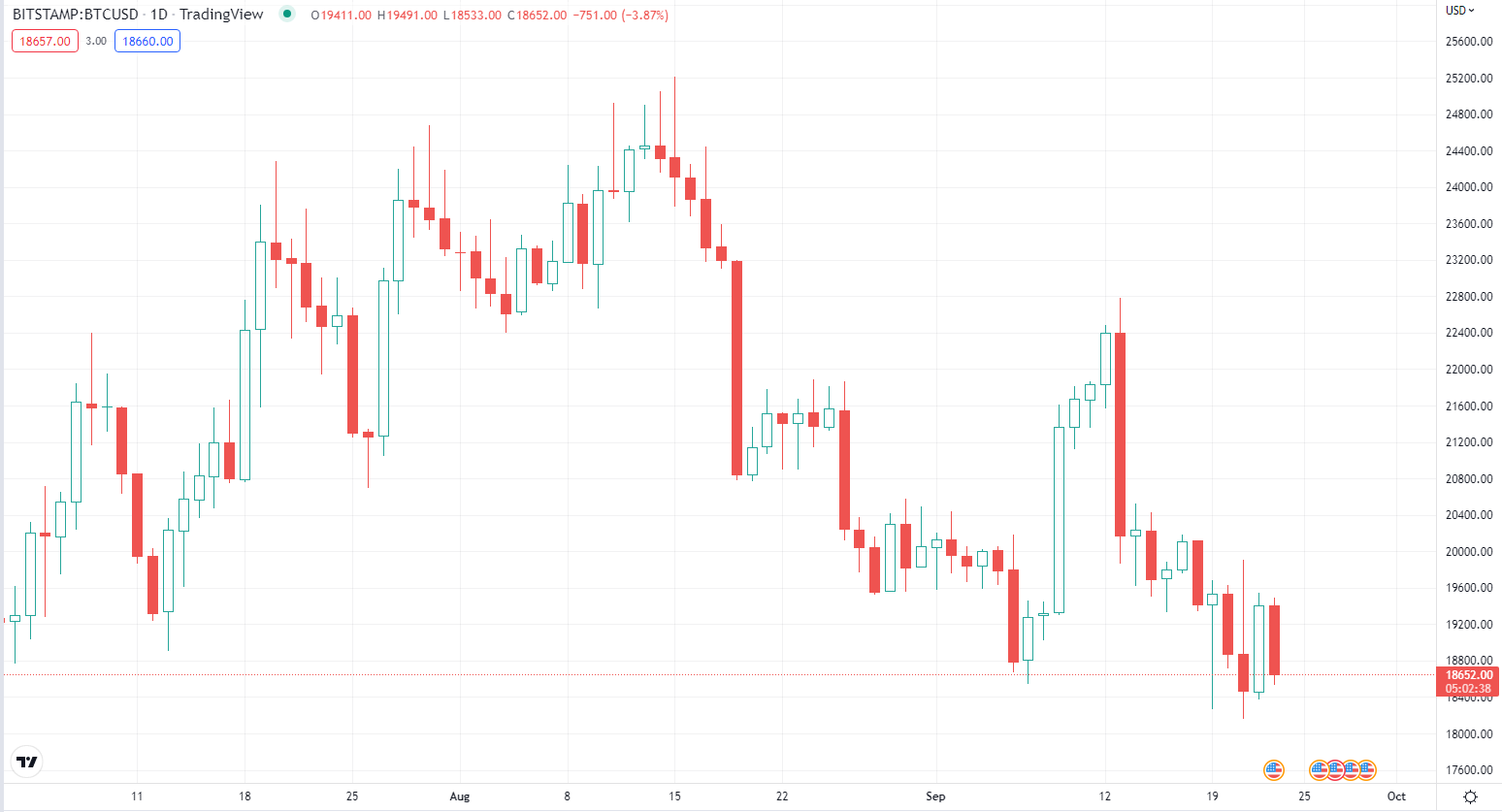 The largest cryptocurrency came under fresh pressure after the U.S. equities started underperforming yet again. The Dow plunged by more than 600 points, reaching a new yearly low. The major index is now on the cusp of dropping into the bear market territory. The S&P 500 is also down more than 90 points at press time. The market is yet to shrug off the U.S. Federal Reserve’s most recent interest rate hike that was announced on Wednesday. The central bank increased the benchmark interest rate by 75 basis points for the third consecutive time. Even though the Fed didn’t go as far as implementing a 100-basis-point hike, Bitcoin still experienced extreme volatility.

“Bitcoin remains -72% from its November, 2021 all time high. With such a market cap drop, active traders that have transacted over the past year are down an average of -43%. Historically, MVRV hasn’t dropped much further than this before a rebound”, Santiment stated. 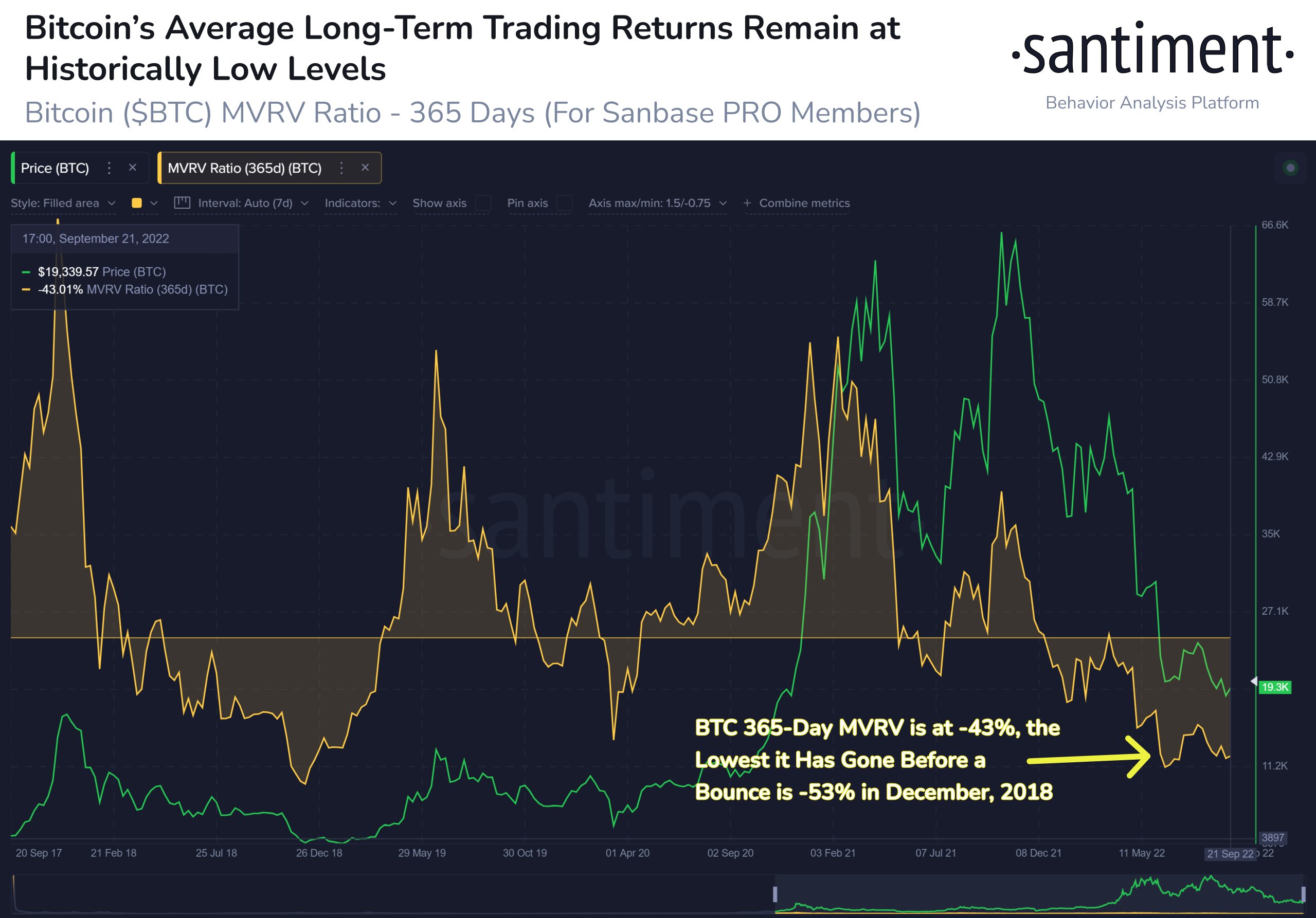 Ether fell 3%, also on moderate volume compared to its 20-day moving average. Ether prices are down 12% week over week, and 65% year to date. Since the widely anticipated and successful Ethereum Merge, ETH prices are down approximately 20%. Ether supply has increased by 5,400 post-Merge, though supply would have likely increased by more than 105,000 ETH had it not occurred. So while the Merge has not been deflationary by textbook definition, it has slowed ETH’s inflation rate considerably.

“The majority of crypto assets are seeing major negativity from the trading community right now. But keep your eye on BTC, BNB, DOGE, and LINK. These top caps are showing particularly high levels of FUD that can lead to eventual breakouts”, Santiment reported. 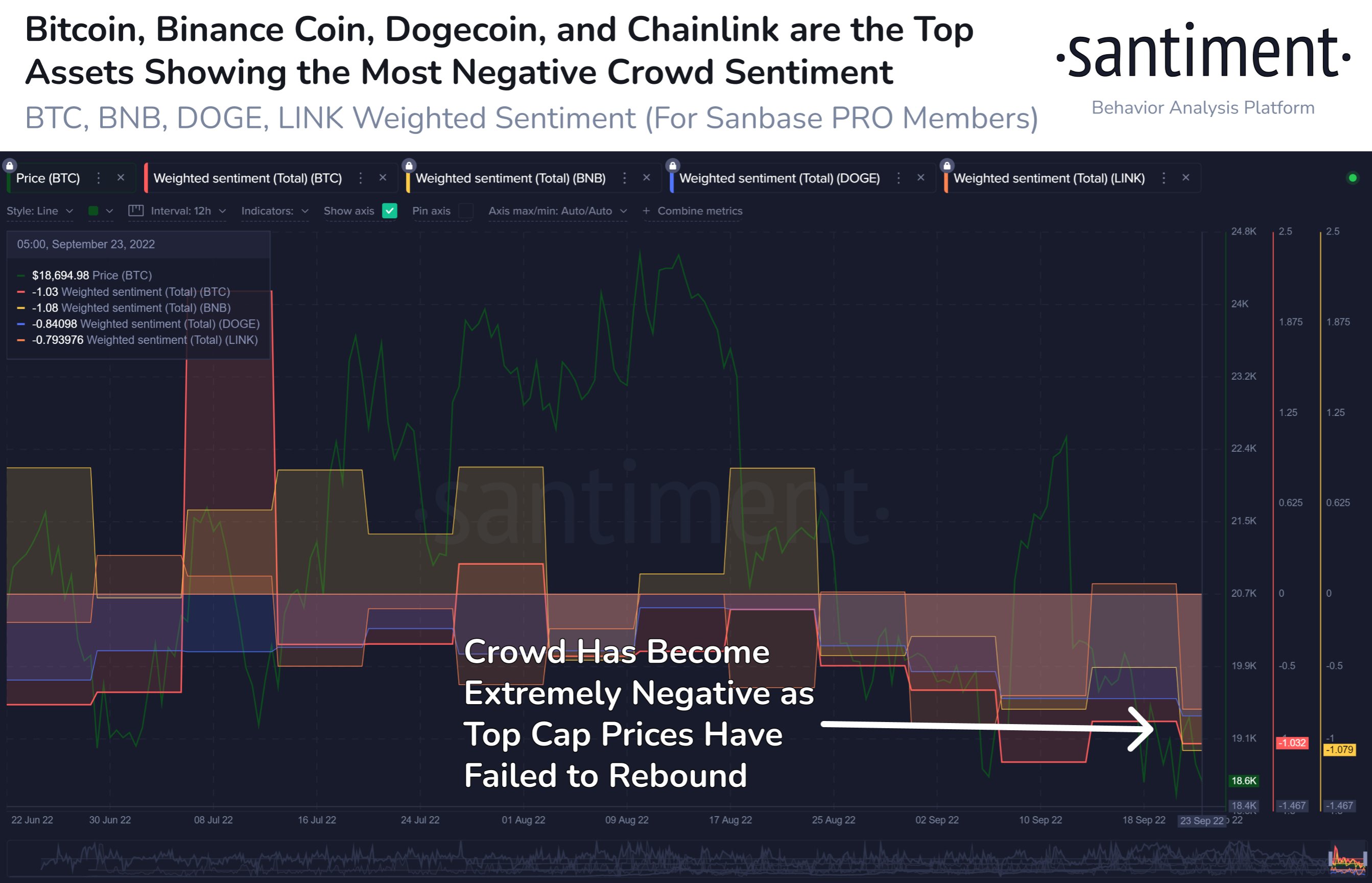 Earlier this week, the Federal Reserve signaled that it would continue driving cryptocurrency prices higher. In the meantime, the U.S. dollar index is on track to secure its highest close in more than 20 years, surpassing the 133 level.

The overall cryptocurrency market cap stands at $940 trillion, and Bitcoin’s dominance rate is 38.9%.