Bitcoin price climbed back above $50,000 after MicroStrategy acquires additional 19,452 Bitcoins for $1.026 billion

MicroStrategy announced that it bought just $1.026 billion worth of additional Bitcoin, just days after finalizing another sale of convertible debt. 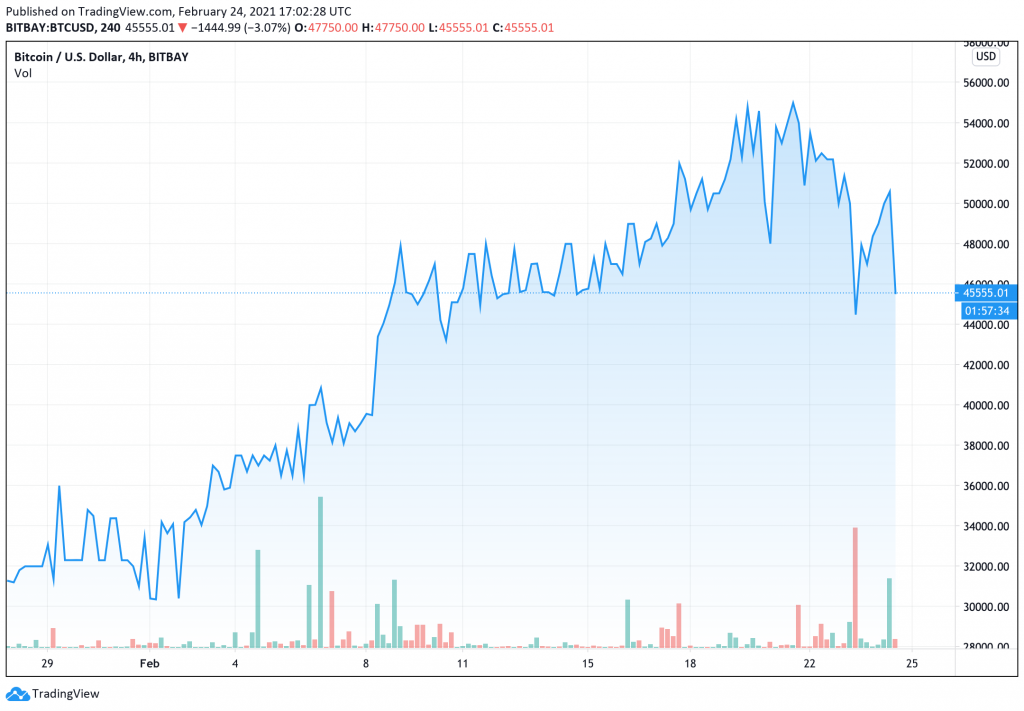 The Virginia-based enterprise software company said it paid an average price of $52,765 per bitcoin, including fees and other expenses. Its acquisition of approximately 19,452 bitcoins puts MicroStrategy’s total holdings of the digital token at 90,531.

MicroStrategy revealed its first bitcoin purchase in August, using existing cash on its balance sheet to acquire the cryptocurrency. It has since completed two convertible debt offerings to raise capital to finance additional purchases. The most recent offering was completed last week, generating roughly $1.03 billion in net proceeds; the notes bear a 0% coupon rate.

The news of MicroStrategy’s purchase comes as the price of bitcoin surged back over $50,000 Wednesday, although it later dipped below that level. The move higher follows news Tuesday night from Square, which said it bought $170 million worth of the cryptocurrency.

MicroStrategy said Wednesday the average purchase price of all its bitcoin purchases is $23,985 per digital token. It has spent $2.171 billion on bitcoin. Based on the price of bitcoin Wednesday morning, the firm’s holdings were worth nearly $4.5 billion.

Shares of MicroStrategy were higher by more than 6% early in Wednesday’s session. The company’s stock tanked over 20% Tuesday as the price of bitcoin slid. Even so, MicroStrategy’s stock has been on a tear since the company announced its initial bitcoin purchase in August, rising over 400%, as some investors flocked to the shares to gain exposure to the cryptocurrency.

MicroStrategy CEO Michael Saylor has become a leading advocate for bitcoin, calling on other companies to buy the digital token as an investment. On Tuesday, he told CNBC he believes bitcoin will one day have a market value of $100 trillion.

“The Company remains focused on our two corporate strategies of growing our enterprise analytics software business and acquiring and holding bitcoin.”

“The company now holds over 90,000 bitcoins, reaffirming our belief that bitcoin, as the world’s most widely-adopted cryptocurrency, can serve as a dependable store of value. We will continue to pursue our strategy of acquiring bitcoin with excess cash and we may from time to time, subject to market conditions, issue debt or equity securities in capital raising transactions with the objective of using the proceeds to purchase additional bitcoin.”

Bitcoin’s value has still surged about 73% this year despite falling from its all-time high of $58,332.36. It’s gotten a boost from increased interest among institutional investors as well as large companies’ growing support for cryptocurrency.

[Coinbase] Coinbase is a decentralized company, with no headquarters