Bitcoin price bounced back above $19,000as Cardano announced a successful hard fork

Bitcoin price spent much of Thursday regaining ground lost in the fitful aftermath of the U.S. central bank’s latest interest rate hike a day earlier. Bitcoin was up 4% in the past 24 hours to trade at $19,344. 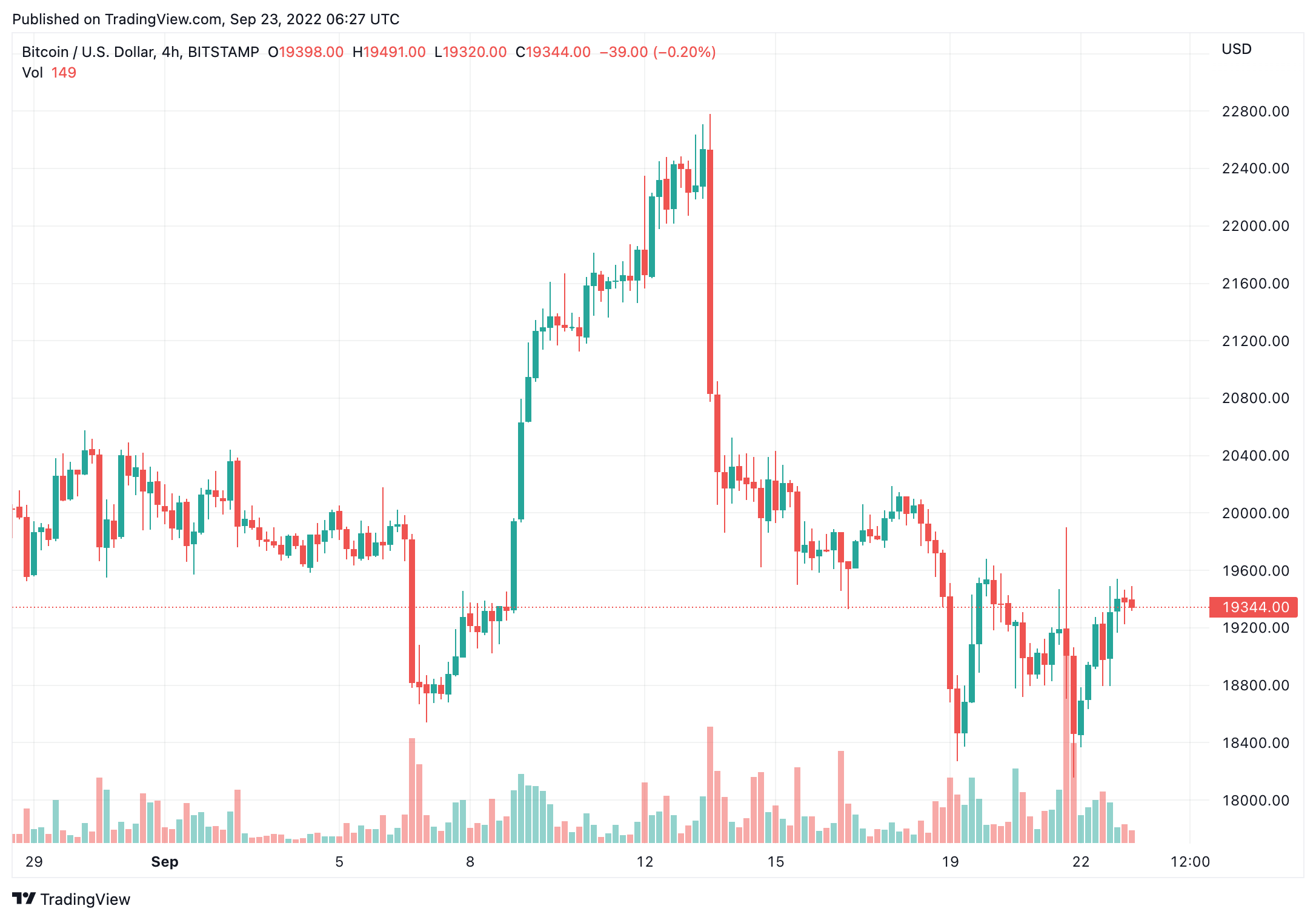 The largest cryptocurrency by market capitalization was recently trading around $19,350, up about 5% over the past 24 hours. BTC dipped below $18,400 late Wednesday afternoon (UTC), its lowest level since early June, following the Fed’s 75 basis point increase, but crypto investors started to return in Thursday’s early hours.

Ether was recently changing hands at about $1,330, a 7% gain from the previous day when it dropped below $1,250 for the first time since July. The second largest crypto by market value has recently declined amid wider economic concerns and a post- Merge hangover. The Merge is the technological overhaul of the Ethereum blockchain to a more energy-efficient proof-of-stake protocol.

Other cryptos followed a similar path, beginning their rallies from the previous day’s carnage early Thursday and spending most of the day in the green. XRP and CHZ recently jumped more than 20% and 16%, respectively. ALGO rose over 11%.

Cardano’s token ADA was up after Input Output Hong Kong announced successfully hard forking the Cardano blockchain as part of the Vasil upgrade early this morning, a move that is expected to improve scalability and efficiency. ADA rallied 4.2% at $0.46. XRP led gains amongst all cryptocurrencies, rising over 20% to trade at $0.49, following the grant of another motion that set Dec. 9 as a deadline for third parties to submit motions to seal evidence in the case.

XRP’s recent gains have helped it overtake Binance’s USD stablecoin as the sixth largest token by market capitalization. BNB was trading up 3.5%. Gains in cryptocurrency markets differed from declines in major US equity indexes a day after the U.S. Fed’s rate announcement, with the agency signaling more aggressive monetary tightening into 2023.

The overall cryptocurrency market cap stands at $952 trillion, and Bitcoin’s dominance rate is 39%.