Bitcoin price appears to be gaining bullish momentum, recovering to the $ 57,000 zone, some Altcoins recorded an increase of 30%

A wave of selling dominated the crypto market on April 7 after Bitcoin price plunged below $ 56,000. However, at press time, BTC is recovering in the $ 57,000 zone but still recording a 2% decline on the day. 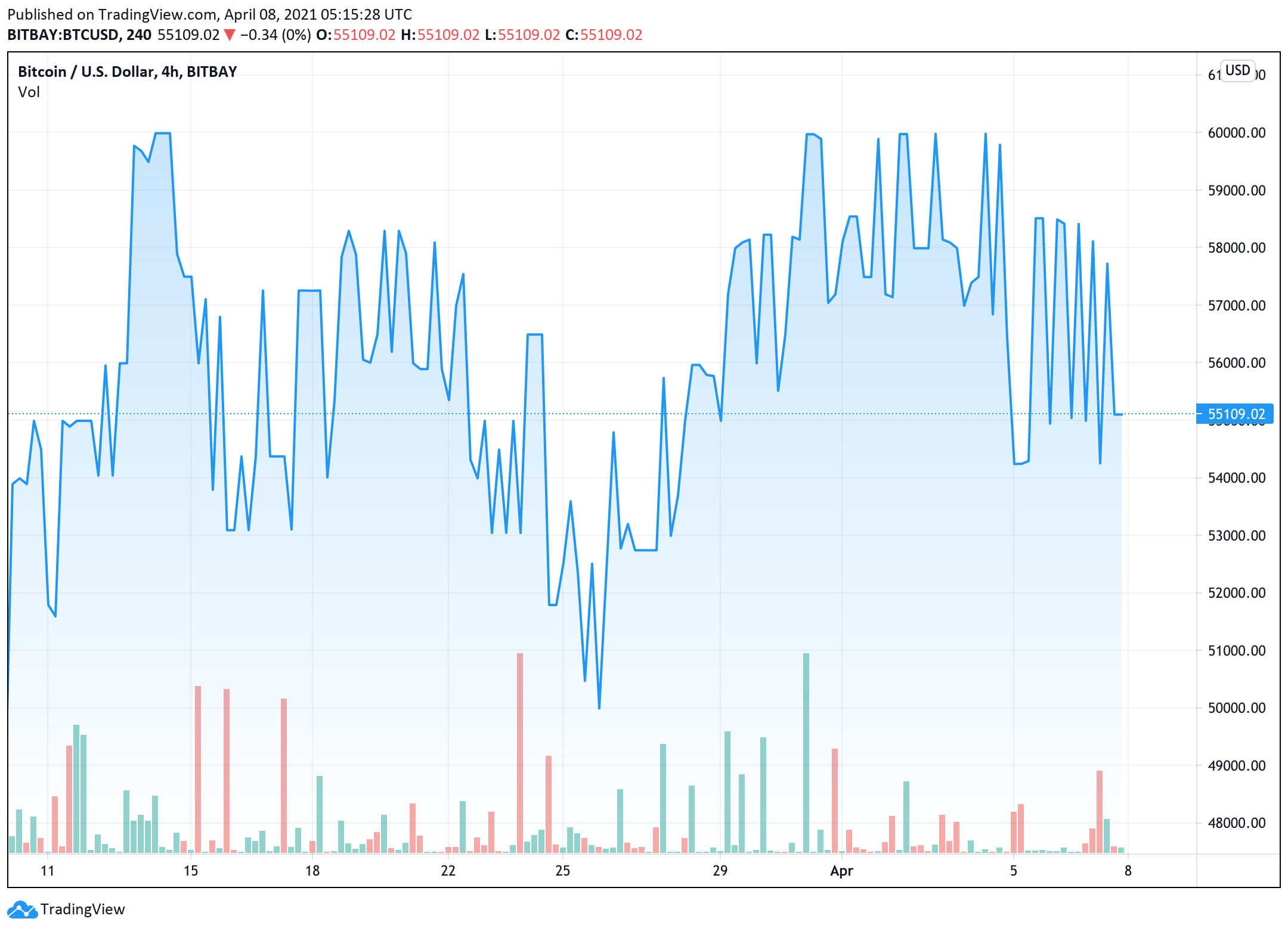 The market-wide sell-off resulted in a liquidation of $ 1.4 billion, and some analysts suggest it could be the last sweep for long-term traders over-earning before Bitcoin could go even higher to $ 70,000.

One sign that the market has risen over the past week is a rapid rise in the Kimchi price, followed by a 7% drop in BTC price on April 7 as traders worried that it could signal a peak. school.

The stock market traded near an all-time high on Tuesday as job growth, record service sector activity and expansion in manufacturing led to unexpected optimism. stock prices go higher. Despite the positive news, the Dow and NASDAQ closed down 0.06% and 0.16% respectively, while the S&P 500 closed up 0.06%. 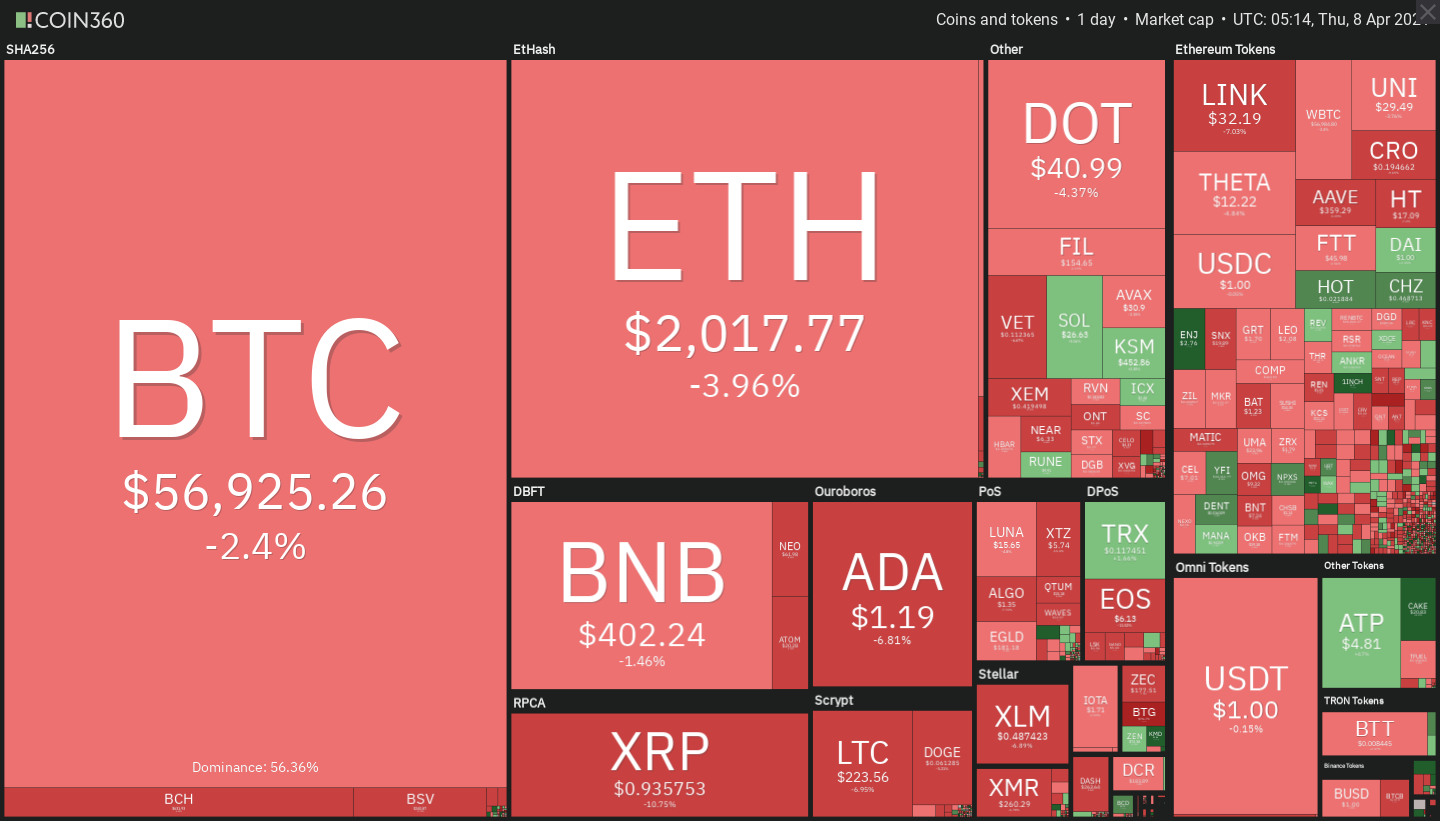 Several altcoins have been attempting to rise throughout the day after Coinbase revealed that they will list 1INCH, Enjin (ENJ), New Kind of Network (NKN), and Origin Protocol (OGN) on Coinbase Pro. Following the announcement, 1INCH and ENJ prices increased modestly 5% while Origin Protocol increased 10% and NKN increased 27%.