The Bitcoin price plummeted below $17,000. Following Gary Gensler’s comment that the cryptocurrency industry is running out of time to comply with securities rules, the other top 10 non-stablecoin cryptocurrencies by market capitalization also fell. He discussed it in an interview with Yahoo Finance on Wednesday. At the time of writing, BTC is changing hands at $16,822. 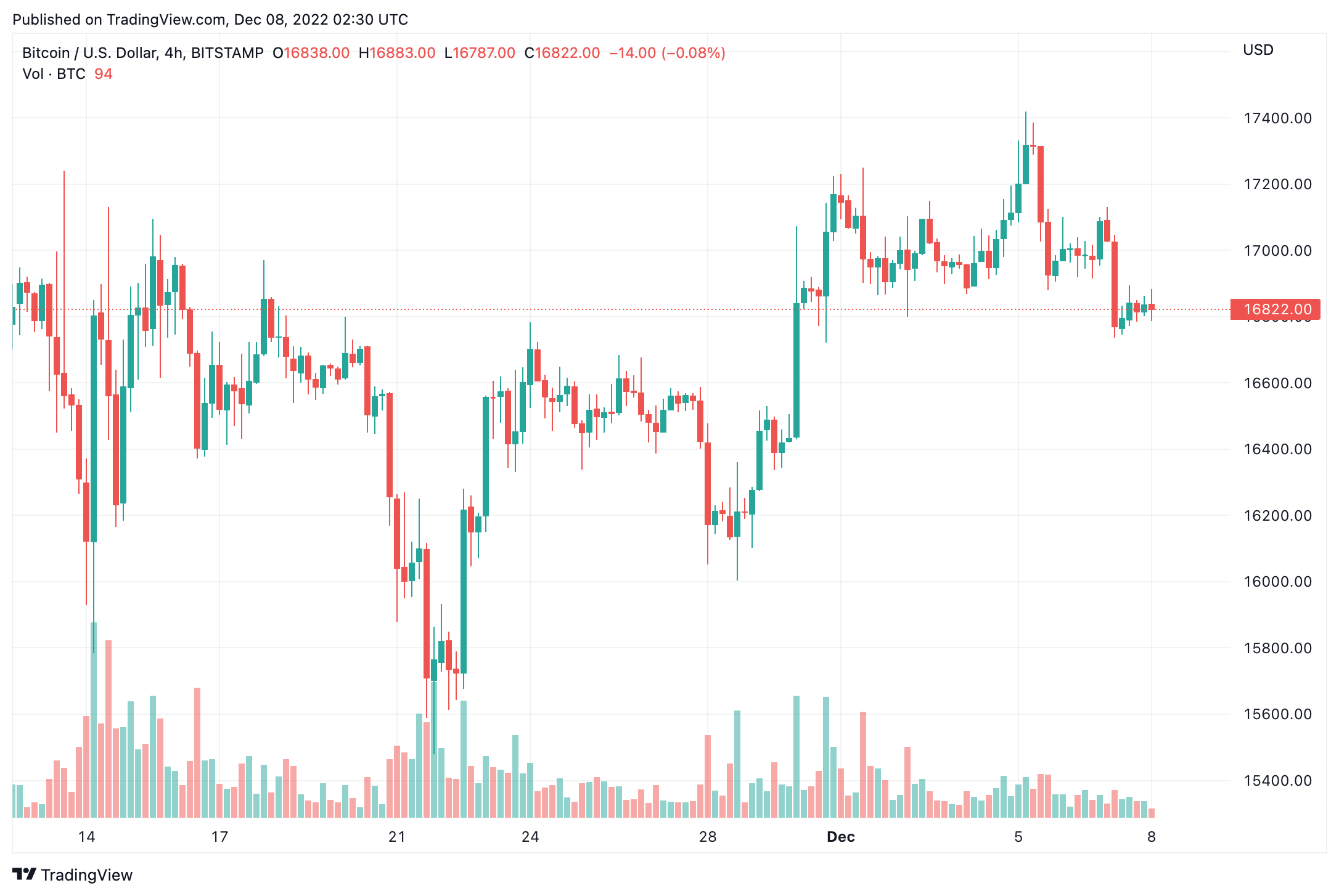 📊 #Bitcoin‘s Realized Loss as % of Market Cap is a fantastic method to interpret the macro landscape of #crypto, and where things stand in current cycles. A great @santimentfeed community member writes here in detail about spikes providing great alpha. 👌https://t.co/NK4kEM7Pbf pic.twitter.com/oASrOyaLru

According to a governance proposal from the project creators, SushiSwap (SUSHI) is dealing with a large treasury deficit that jeopardizes its long-term operating viability. The annual runway demand for the project was cut from $9 million to $5 million after examining costs, but the treasury still only has enough for around 18 months of runway.

This week, Axie Infinity has recovered from obscurity with a double-digit price increase. Leverage traders, though, don’t seem certain that AXS’ recovery from its 17-month lows will endure. This is because financing rates are still negative, even though open interest, or the dollar value locked in the quantity of active standard futures and perpetual futures contracts linked to AXS, has risen to a three-month high of $129.70 million.

Gensler claimed that his organization had enough power to subject digital asset companies to securities legislation. He said crypto exchanges and lending platforms must comply with those regulations. “They can do that appropriately, working with the SEC, or we can continue on a course with more enforcement actions, and I would have to say that the runway’s getting shorter,” he said. Gensler said that many crypto firms have been running co-mingled platforms offering lending, trading, hedge funds, etc, and such practices will need to end.

He didn’t particularly address the demise of the crypto exchange FTX.com, which was situated in the Bahamas. Allegations have been made that FTX utilized monies from its sale for cryptocurrency trading and investing transactions through its associated brokerage Alameda Research. According to Gensler’s statement from September, any proof-of-stake cryptocurrency, like the $150 billion Ethereum network, should be viewed as a security.

Investors believe that the recent string of positive economic indicators conflicts with Jerome Powell, the chairman of the U.S. Federal Reserve, who warned last week that the central bank might start to restrict the rate of interest rate hikes to reduce inflation.

In November, the Institute for Supply Management’s monthly survey, issued on Monday, found that activity in the U.S. services sector was 56.5% higher than in October. A result of 50% or more indicates that the economy is expanding, and 55% is regarded as being extremely robust. According to the U.S. jobs report released Friday, the economy added 263,000 jobs in November, which was higher than the 200,000 forecasts.