Bitcoin price and ether traded higher, reversing course from the prior day

The Bitcoin price rose 2.4% on above-average volume compared with its 20-day moving average. At the time of writing, BTC is changing hands at $19,561. 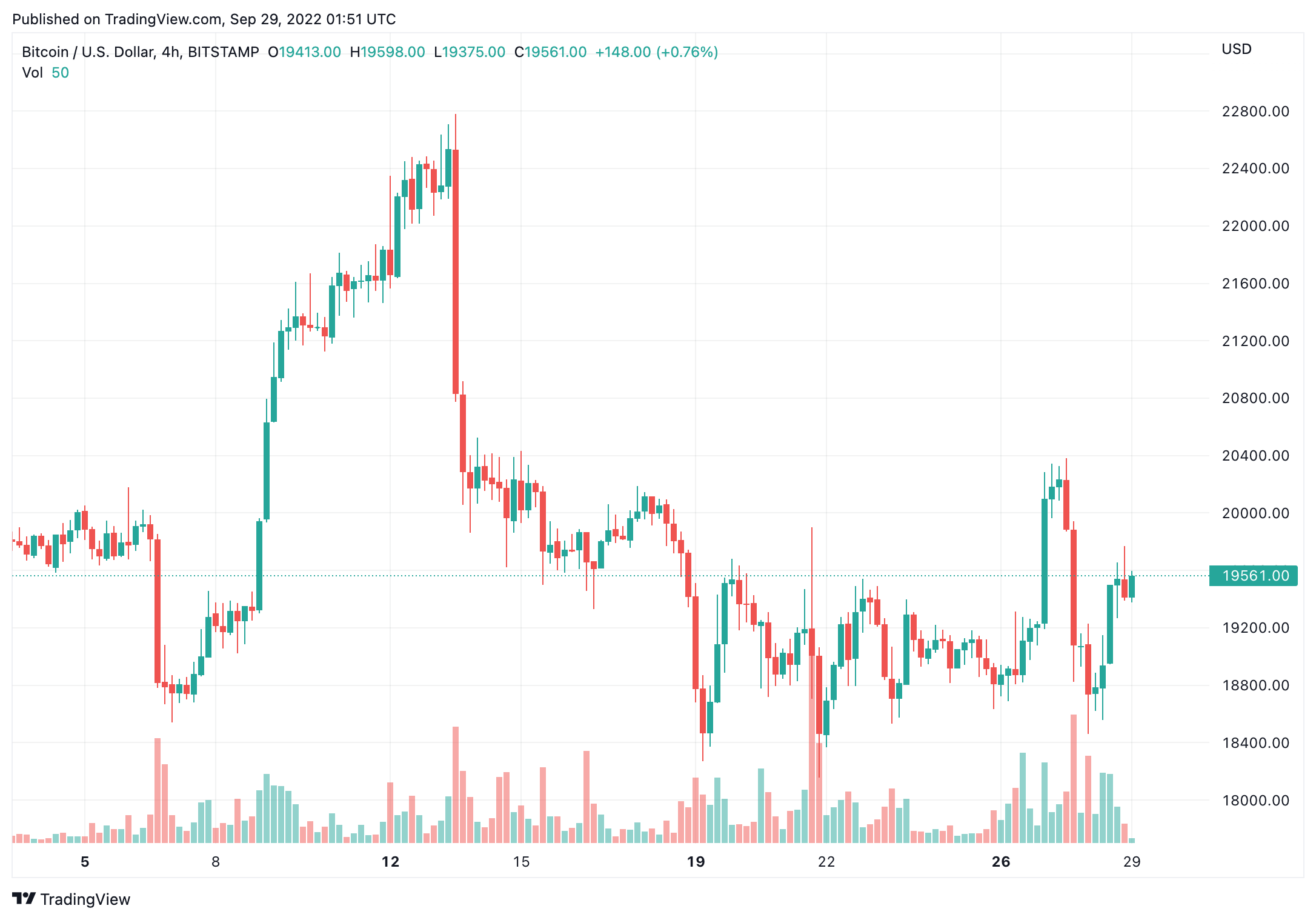 “Trading volume has heated up for crypto markets, and especially Bitcoin. During the big leg down on Tuesday, BTC peaked at its highest level of trading since June 14th. Volume has gradually risen all year since bottoming out in late January”, Santiment reported. 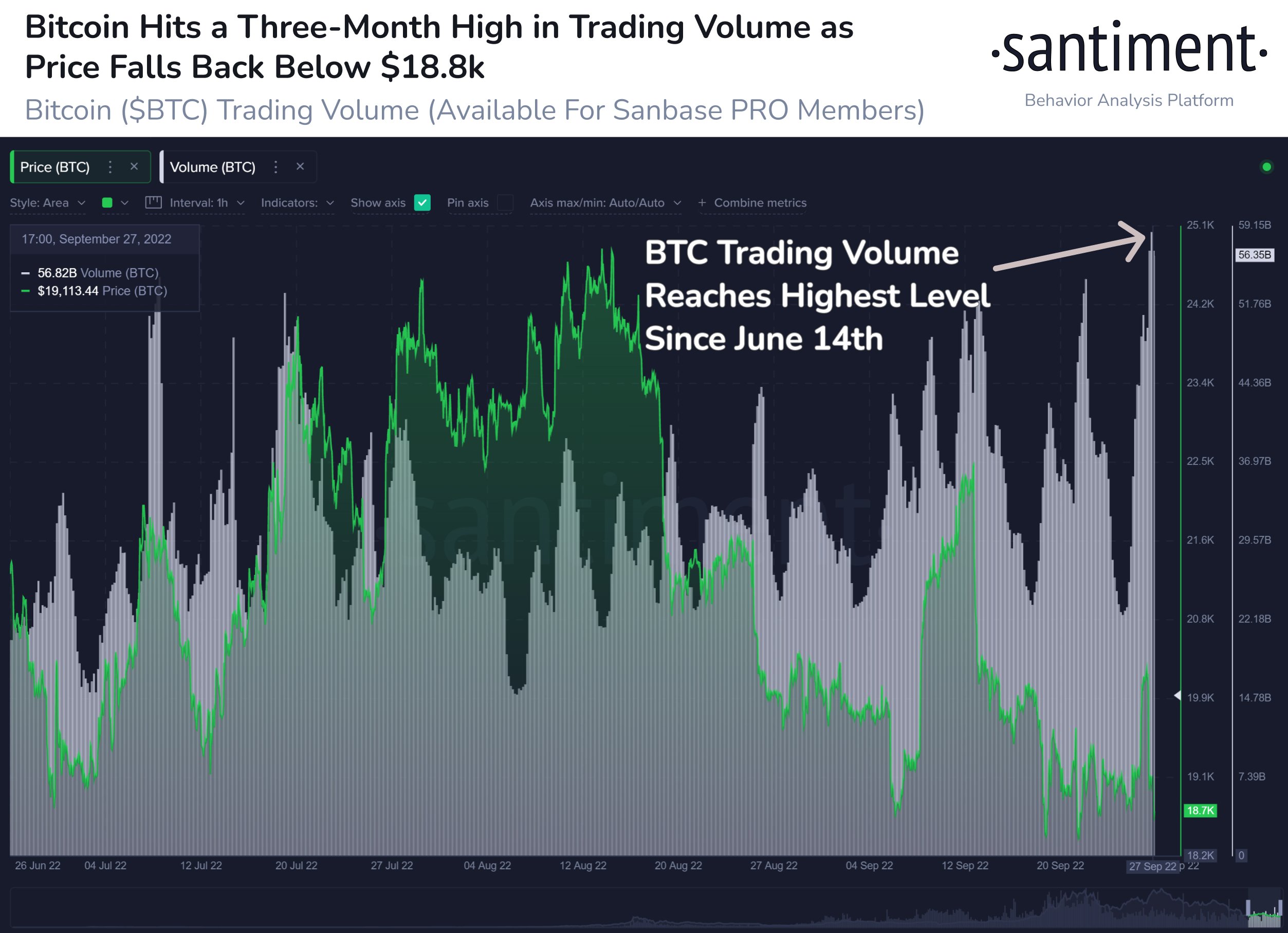 Ether (ETH) was roughly flat, falling 0.07% on moderate volume. The price of the second-largest cryptocurrency by market cap has fallen 19% since the Ethereum network’s Sept. 15 conversion from proof-of-stake to proof-of-work. ETH’s value compared with BTC has fallen 21% relative to BTC over the same time frame. Ether supply has increased by 8,400 ETH since the Merge. Absent the Merge, ETH supply would have grown by approximately 167,000 ETH over the same time frame.

“Chainlink’s price jump to $8.35 has given many traders a long-awaited opportunity to move coins while in profit after many bought the dip. There are 4x the amount of transactions happening while addresses are in profit vs. at a loss”, Santiment added. 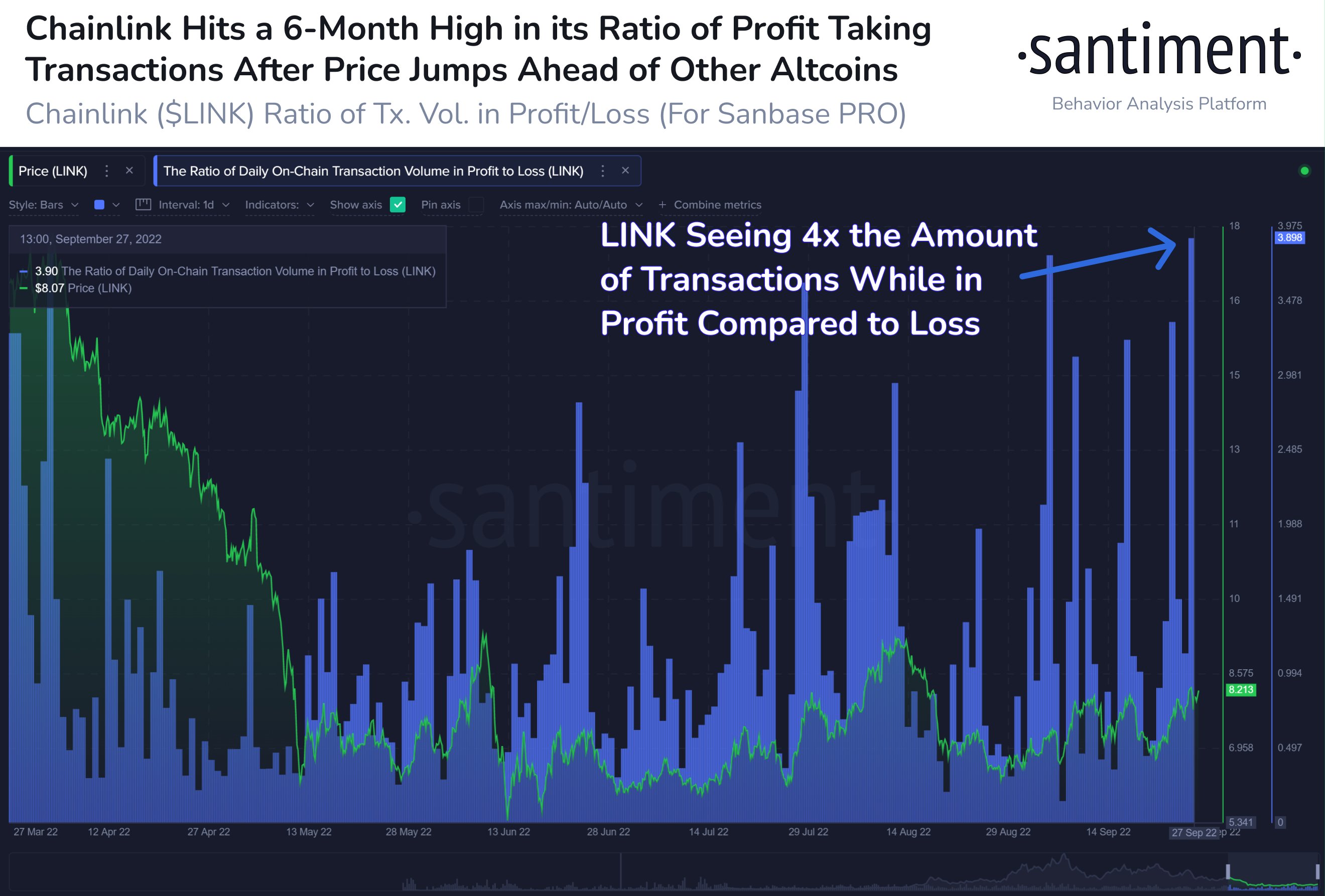 The overall cryptocurrency market cap stands at $946 trillion, and Bitcoin’s dominance rate is 39.6%.