Bitcoin price rebounded today, rising 2% in early morning trading and soaring over 10% following the announcement by the Federal Reserve that it was raising interest rates by 0.75% point. At the time of writing, BTC is changing hands at $22,757. 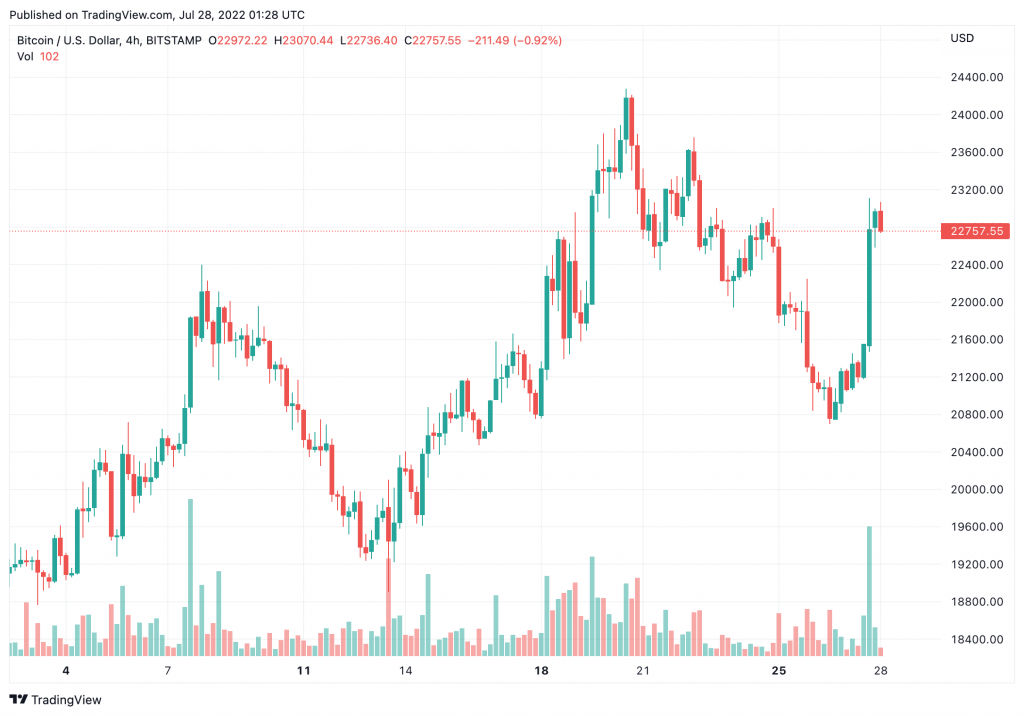 For the second consecutive month, the Federal Reserve raised U.S. interest rates by three-quarters of a percentage point in an effort to curb inflation running at a four-decade high.
The aggressive move, which follows a similar hike in June, could keep pressure on markets, including cryptocurrencies like BTC. This is the fourth time the U.S. central bank has raised interest rates this year, bringing the federal funds rate (the rate at which commercial banks borrow and lend their excess reserves to each other overnight) to a range between 2.25%-2.5%.

The Fed’s decision to raise the fed funds rate by three-quarters of a percentage point, or 75 basis points, is no surprise to traders, who bet on a 74% chance that central bankers would decide for a move of that size, as shown by the CME FedWatch Tool. After the consumer price index (CPI) in June showed a much higher than expected inflation rate, traders briefly bet that a 100 basis point rate hike was more likely. However Fed officials said shortly after the CPI release that they favored another 75 basis point increase.

Bitcoin’s price rose 3.6% in the hour after the decision as Fed Chair Powell said that another unusually large interest-rate increase will depend on incoming data – an indication that another 75 basis point increase is far from assured.

Ether was recently changing hands just above $1,600, up more than 15% over the same period. Other major cryptos spent much of Wednesday in the green, with ETC up more than 30% and UNI and AAVE each rising over 20%.

“Ethereum shattered records Tuesday after an incredible surge in address activity broke its AllTimeHigh by a wide margin. 1.06M ETH addresses made transactions, & the team is still investigating the cause of the +48% increase over the previous record”, Santiment reported. 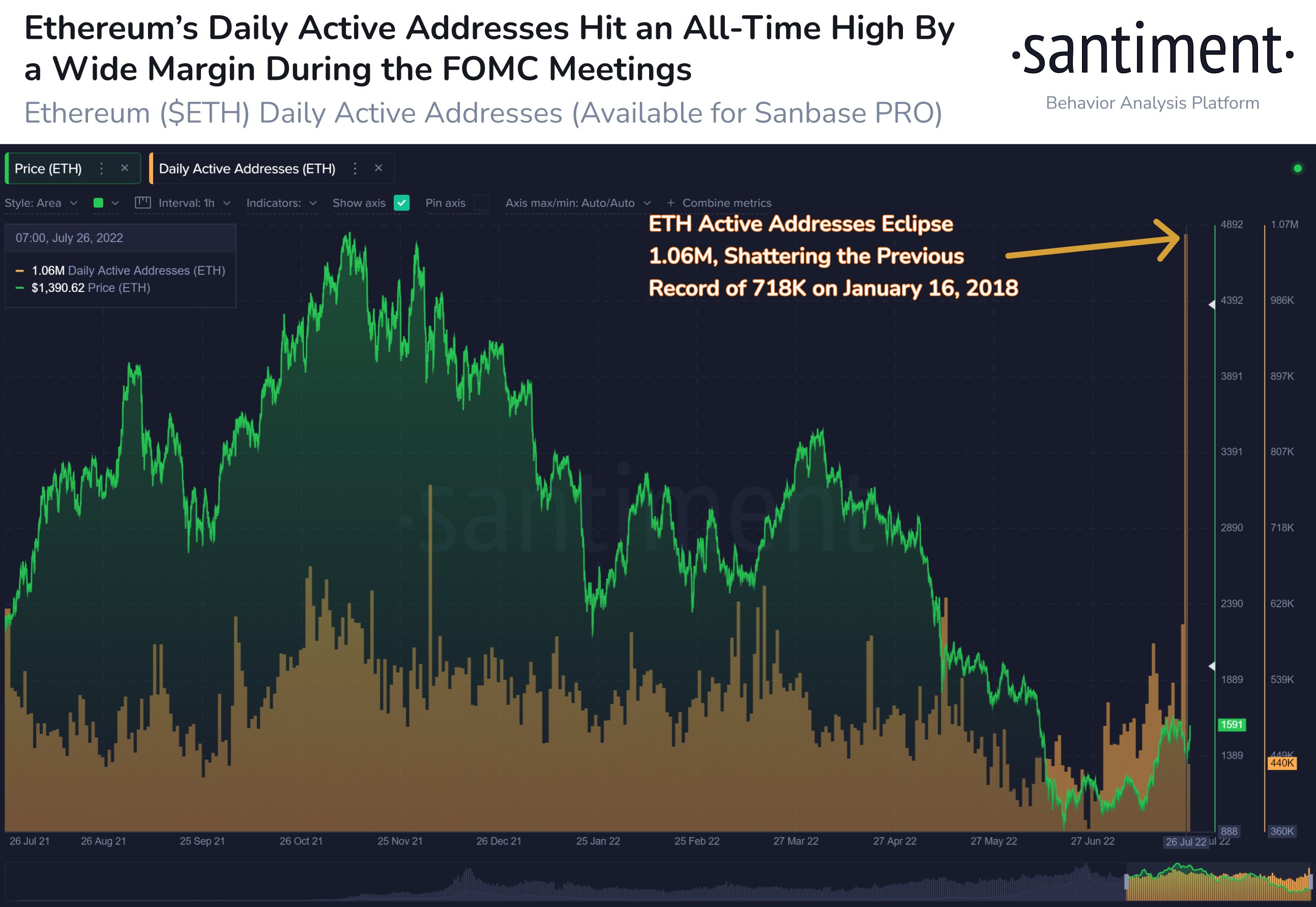 The overall cryptocurrency market cap stands at $1,045 trillion, and Bitcoin’s dominance rate is 41.6%.

The accumulation we are seeing now might be a direct…