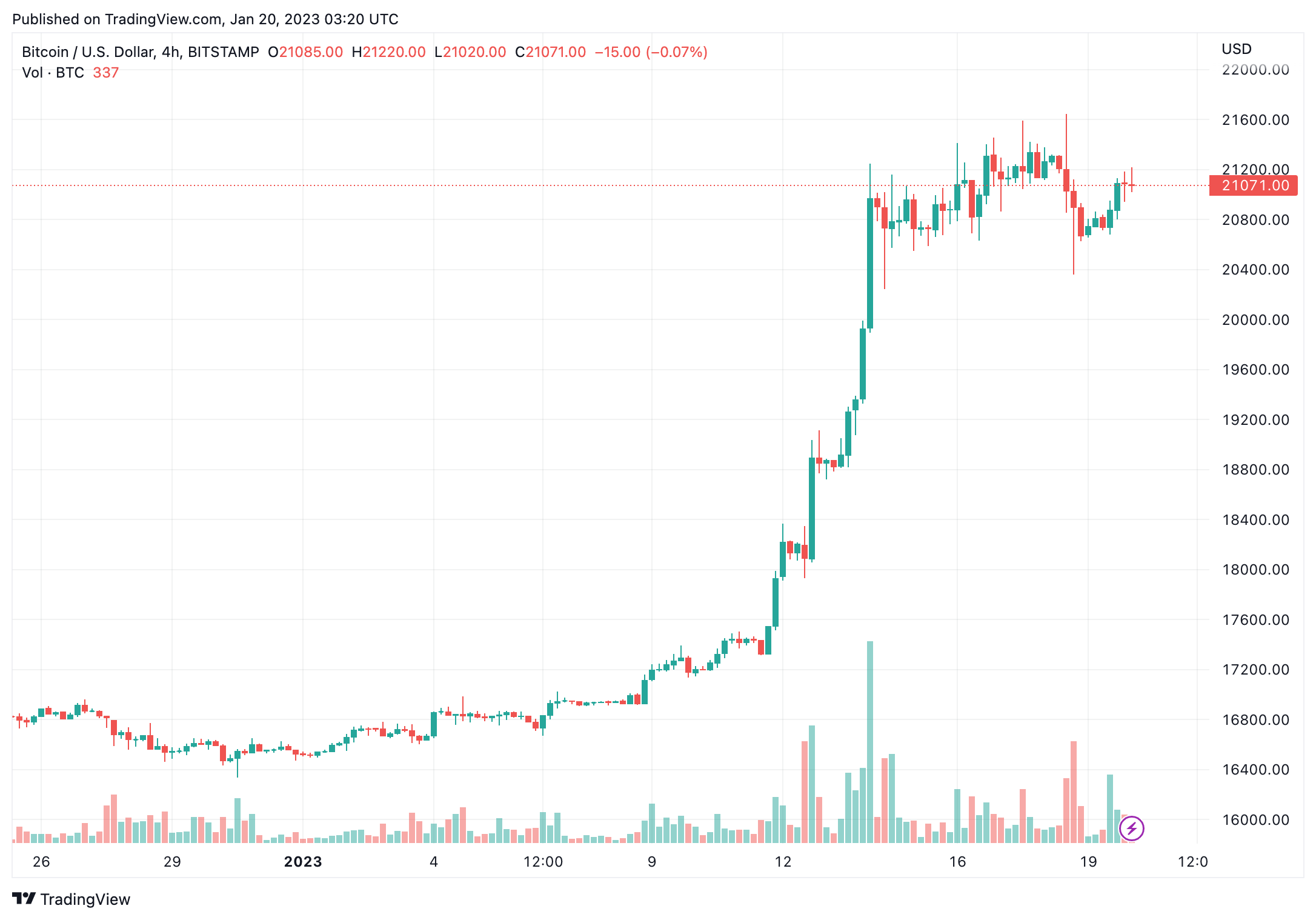 Bitcoin price bounces back above $21,000, Cardano gains on CoinDesk speculation

“Despite the S&P 500 going through a mild correction these past couple days, Bitcoin & Ethereum are holding up well after last week’s price surges. Generally, bull markets start when there is no correlation between crypto & equity prices”, Santiment reported. 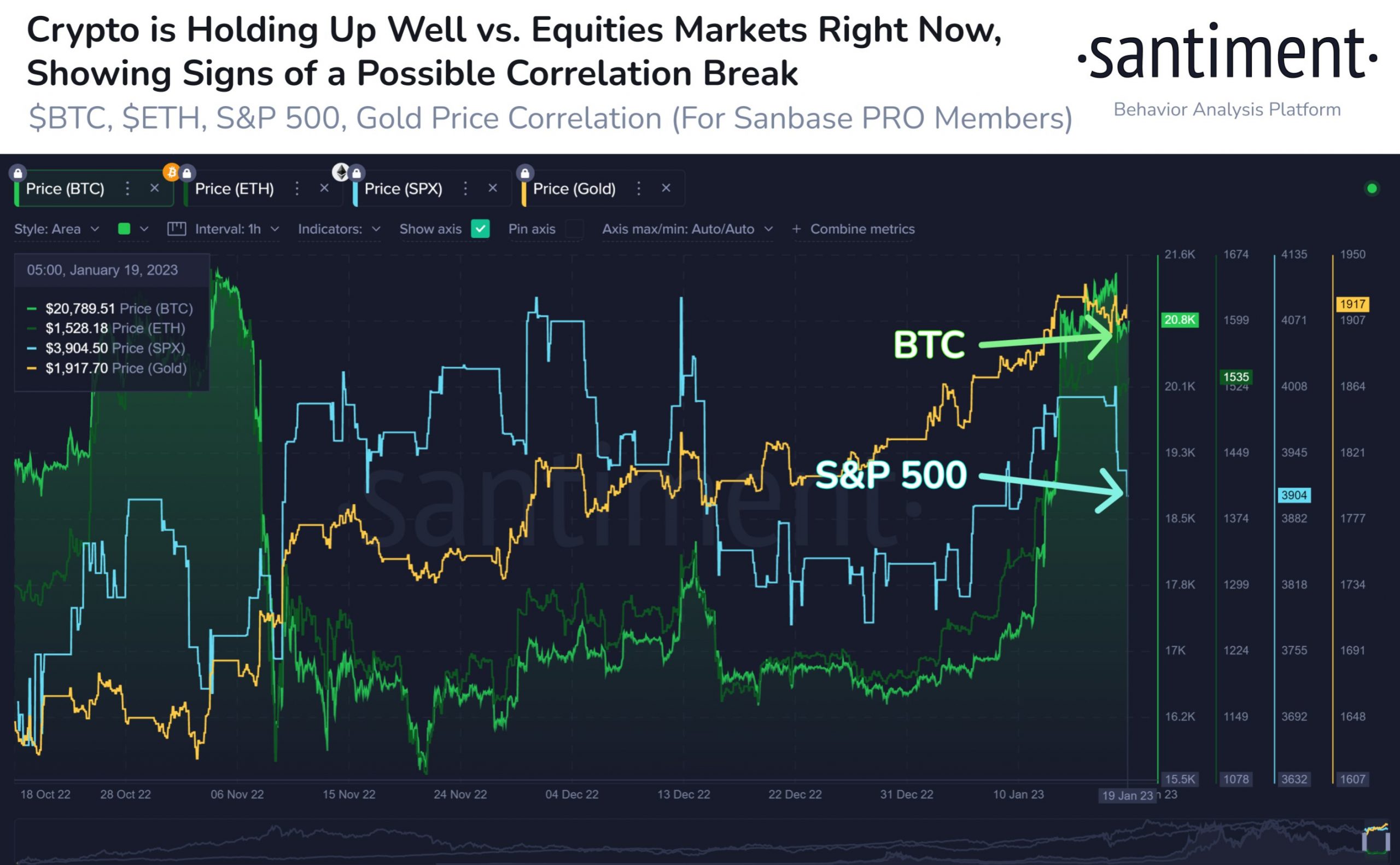 In terms of the top 10 non-stablecoin cryptocurrencies by market capitalization, XRP increased by 3.78% to $0.3938, leading the gains. The chief executive of Ripple Labs, Brad Garlinghouse, said to CNBC on Wednesday in Davos, Switzerland, that the company’s legal battle with the Securities and Exchange Commission of the United States (SEC) will be resolved in “single-digit months.”

Token ADA for Cardano increased by 3.66% to $0.3388. Early on Friday, amid rumors that CoinDesk is considering a sale, Cardano co-founder Charles Hoskinson indicated an interest in purchasing CoinDesk, a cryptocurrency media outlet owned by Digital Currency Group, via a Youtube Livestream.

As a result of their exposure to the FTX.com collapse, Genesis Global Capital, the brokerage arm of cryptocurrency venture capital firm Digital Currency Group (DCG), has reportedly considered filing for bankruptcy. Additionally, DCG stopped paying quarterly dividends, according to Bloomberg.

While trade volume decreased 33% to $41.05 billion during the day, the overall market capitalization of cryptocurrencies increased 1.21% to $979.67 billion.

After the U.S. Commerce Department reported on Wednesday that retail sales dropped 1.1% in December, matching the greatest loss in a year and above the 0.8% decline economists had projected, stock prices continued down, fueling concerns about an impending recession. James Bullard, president of the St. Louis Federal Reserve, added gasoline to these worries when he stated the same day that the Fed shouldn’t “pause” efforts to raise interest rates over 5%.

Last month, the Federal Reserve boosted interest rates by 50 basis points to 4.25% to 4.5%, the highest level in 15 years. The CME Group analysts forecast a 94.2% chance of a raise of 25 basis points at the upcoming Fed meeting, which takes place on January 31 and February 1.