Bitcoin price and Ether prices fell along with most other major cryptocurrencies as the bankruptcy of the Bahamas-based cryptocurrency exchange FTX.com sent markets on a rollercoaster over the weekend and raised questions about the finances of other crypto trading platforms. At the time of writing, BTC is changing hands at $16,028. 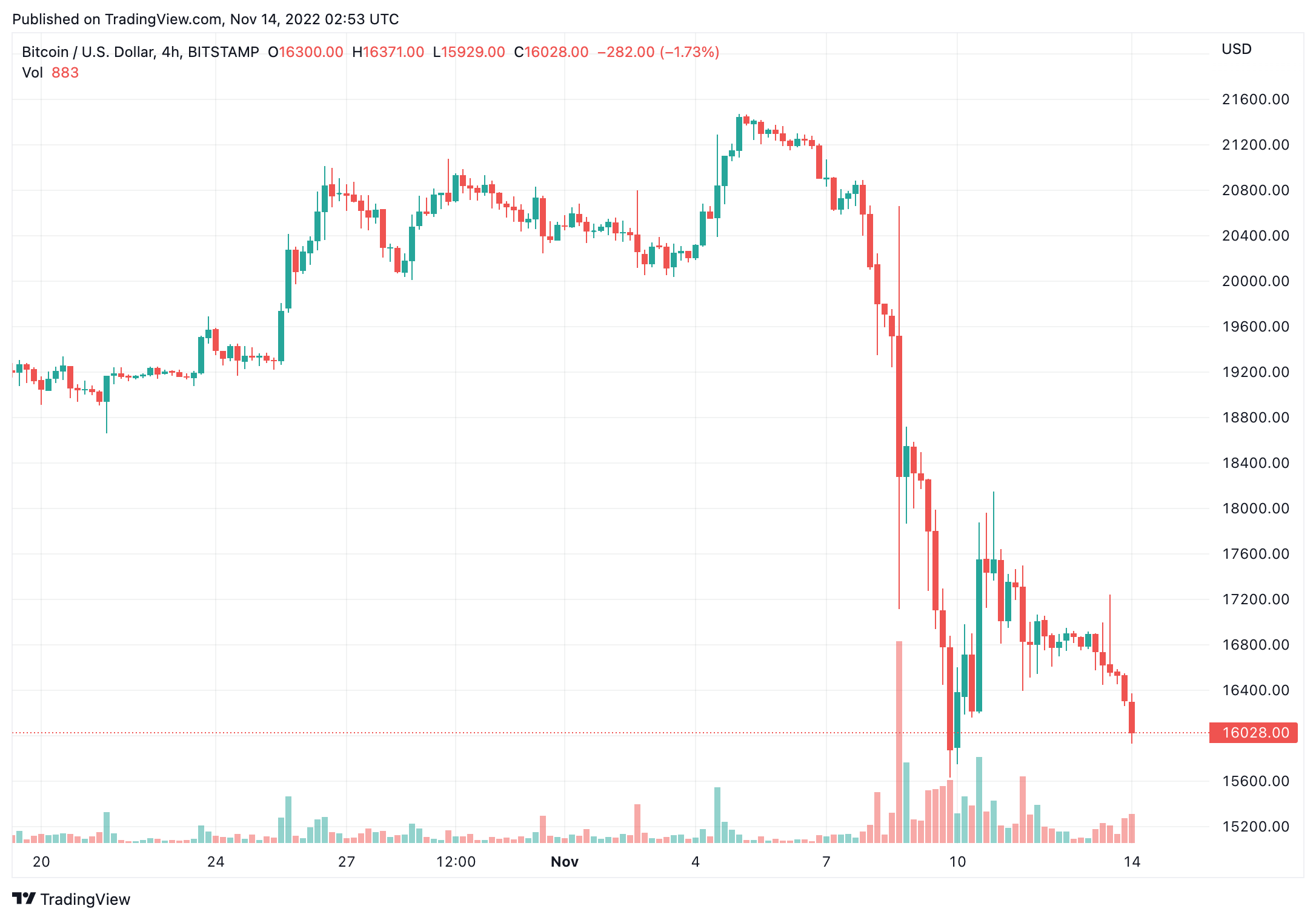 Hong Kong’s AAX exchange said on Sunday it had suspended trading for ten days, citing the failure of a third-party partner, which it didn’t identify. The exchange said it has no exposure to FTX. While Bitcoin and Ether had limited declines, many smaller cryptocurrencies posted sharp losses.

That included the native token of Singapore-based exchange Crypto.com, CRO, which fell 23.7% in the past 24 hours. It reached a near two-year low of $0.0611 amid reports of large Ether withdrawals from the exchange — sparking concerns it may be in trouble. The drop in CRO followed a tweet on Sunday by Binance Global Inc. CEO Changpeng Zhao, directed at the Singapore exchange. “If an exchange has to move large amounts of crypto before or after they demonstrate their wallet addresses, it is a clear sign of problems. Stay away.”

Crypto.com CEO Kris Marszalek hit back on Twitter a few hours later: “The ETH transfers that generated so much FUD & speculation on Twitter today were made over three weeks ago, on October 21st, to Crypto.com’s whitelisted corporate account at Gate.io.”

Kraken has frozen the accounts associated with FTX Group, Alameda Research, and their executives