On worries about the trajectory of the U.S. economy and interest rates, the Bitcoin price and Ether declined with the top 10 non-stablecoin cryptocurrencies. Prices dropped overnight because the U.S. announced it would pursue “a massive, international cryptocurrency enforcement action.” The Russian owner of the Hong Kong-registered exchange Bitzlato Ltd. was ultimately arrested because of this, but prices did not rebound. At the time of writing, BTC is changing hands at $20,751. 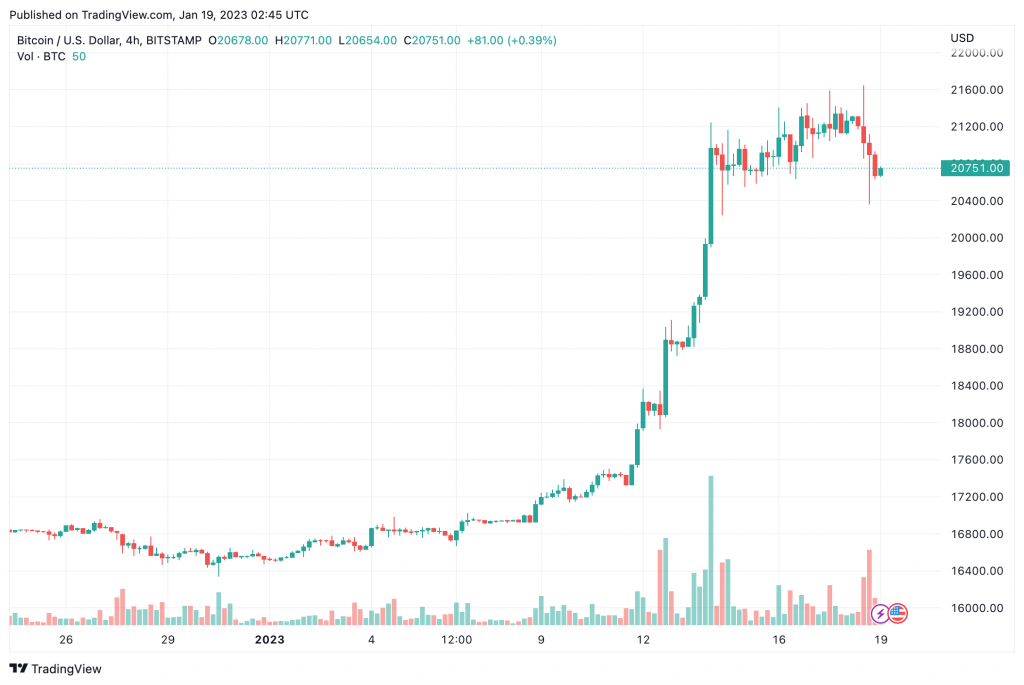 Bitcoin price and ether spend their trading day in the red

Bitcoin (BTC) and ether (ETH), the two most valuable cryptocurrencies, recently fell below $21,000 while the U.S. Justice Department was expected to launch a significant international cryptocurrency enforcement action. Before dropping to the $20,700 level later in the day on Wednesday, BTC had traded as high as $21,602, its highest level since mid-September. For the day, it fell 2%. Recently, the price of Ethereum fell by 3% to $1,532.

“The Department of Justice has taken enforcement against Bitzlato, a minor Russian #crypto exchange. Speculation led to a -4.1% Bitcoin price drop as traders feared the DOJ were honing in on something more drastic. Prices have now mildly come back”, Santiment reported. 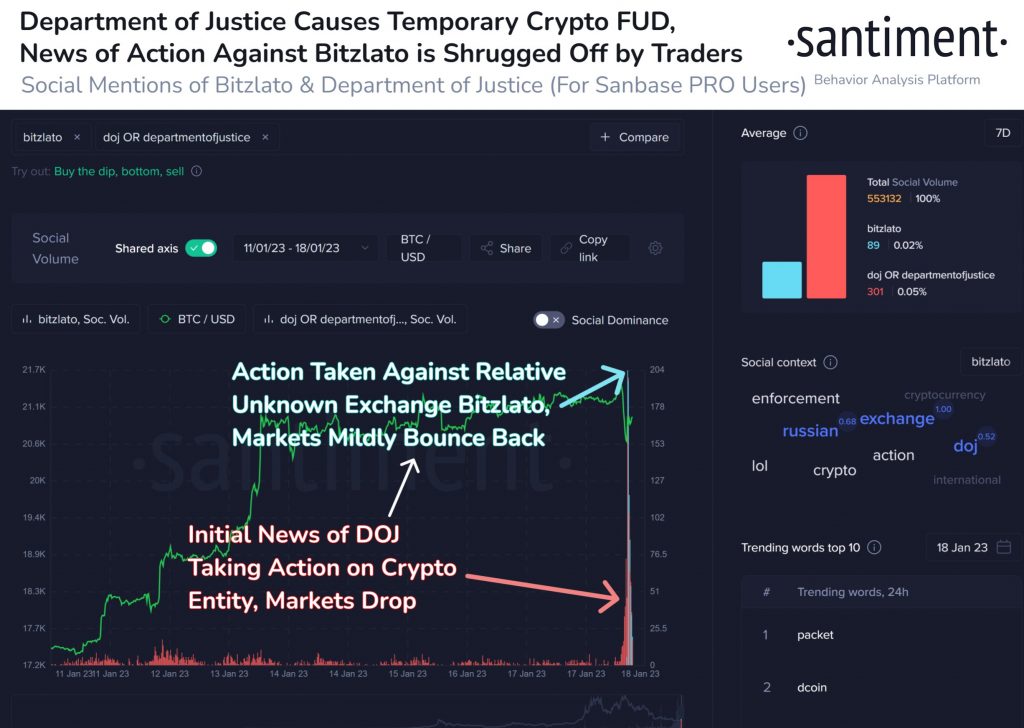 On Wednesday, the native token of the layer 2 Ethereum network, Optimism (OP), fell from $1.80 to as low as $1.50. The token’s price decreased by 5%, settling at about $1.79. Optimism’s transactional activity has steadily increased recently, surpassing rival Arbitrum, whose activity has dropped by about 50% since its November peak despite the price dip.

Shiba Inu (SHIB), Nansen reported significant trade on centralized and decentralized exchanges, and SHIB rose as high as 20% earlier on Wednesday. Recently, it reverted to a 7% advance.

📊 While #altcoins are resetting a bit after the hot start in 2023, you can reallocate your portfolio based on which assets still show traders are under water. While $APE‘s 1-year MVRV is at +16%, $MANA (-60%) & $SAND (-33%) may be more appealing for now. https://t.co/OYWda8pPWT pic.twitter.com/POmciGcCVF

The U.S. Justice Department charged Bitzlato Ltd. with money laundering related to US$700 million in cryptocurrencies and arrested its founder, Anatoly Legkodymov, in Miami. “Whether you break our laws from China or Europe or abuse our financial system from a tropical island — you can expect to answer for your crimes inside a United States courtroom,” Deputy Attorney General Lisa Monaco said at a news conference at the Justice Department, according to a Reuters report.

James Bullard, president of the St. Louis Federal Reserve, added that the Fed shouldn’t “pause” hiking interest rates to fight inflation until they are over 5%. The Federal Reserve boosted interest rates last month by 50 basis points to 4.25% to 4.5%, the highest level in 15 years. The CME Group analysts forecast a 94.2% chance of a raise of 25 basis points at the upcoming Fed meeting, which takes place on January 31 and February 1.