Bitcoin price and altcoins tick up in weekend trading

Bitcoin spent another weekend well inside the same neighborhood it’s been inhabited for much of the past month. The largest cryptocurrency by market capitalization was recently trading just above $30,000, up slightly but still in the doldrums. Bitcoin has been ticking a little above and below this threshold since early May, depending on the day’s events as investors nervously await clear signs about the direction of inflation and the global economy. 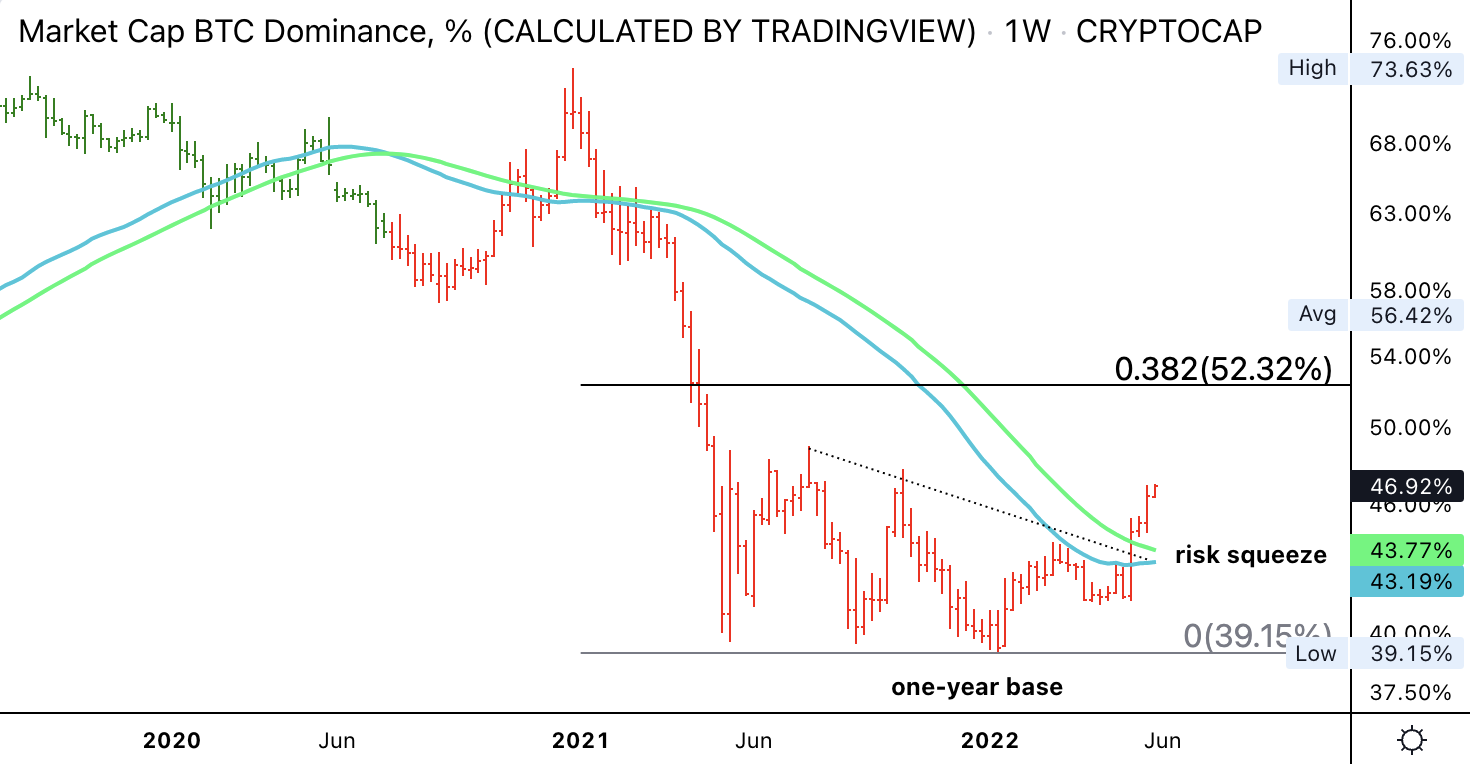 Bitcoin continues to face strong resistance at its 50-day moving average, which currently sits at $34,000. The cryptocurrency has been anchored to the $30,000 price level over the past two weeks, absorbing a majority of the trading volume. That could point to volatile price moves later this month.
On the daily chart, bitcoin’s relative strength index (RSI) is stuck below the 50 neutral mark, which indicates slowing momentum behind the recent upswing in price. The persistent decline in momentum means BTC’s six-month downtrend remains intact.

The weekly RSI is the most oversold since March 2020, which preceded an uptrend in price. This time, however, the upside appears to be limited because of negative long-term momentum signals. Still, over the short term, BTC could stabilize above the $20,000-$25,000 support zone. The 200-week moving average, currently at $22,179, is another gauge of long-term trend support.

BTC is on the watch for a countertrend bullish signal, per the DeMark indicators, which could appear over the next two weeks. That could pave the way for a short-term price bounce, which would delay additional breakdowns on the chart. Upside moves could be fleeting, however, with secondary support at $17,673 providing a more stable ground for capitulation.

Meanwhile, Ether and other major altcoins are slightly in the green as investors continue to look for clarity on the direction of the global economy; stablecoins face increasing scrutiny.

Ether was recently changing hands just above $1,800, up slightly over the same period and well within the range, it’s held over the last two weeks under $2,000. Other major cryptos were about flat, although mostly on the green side with LINK and ADA among the biggest winners, rising 5% and 3%, respectively. Trading was light as is typical on most weekends.

The overall cryptocurrency market cap stands at $1.269 trillion, and Bitcoin’s dominance rate is 46.4%.

CZ, CEO of Binance, has disclosed $1.6B loss in Terra investments

Could Bitcoin price drop to as low as $12,000? Peter Brandt weighs in