Bitcoin price rose above $19,000 after falling below that resistance level overnight for the first time in almost two weeks. Ethereum showed signs of shaking off the post-Merge slump as it gained along with the rest of the top 10 cryptocurrencies by market capitalization. At the time of writing, BTC is changing hands at $19,442. 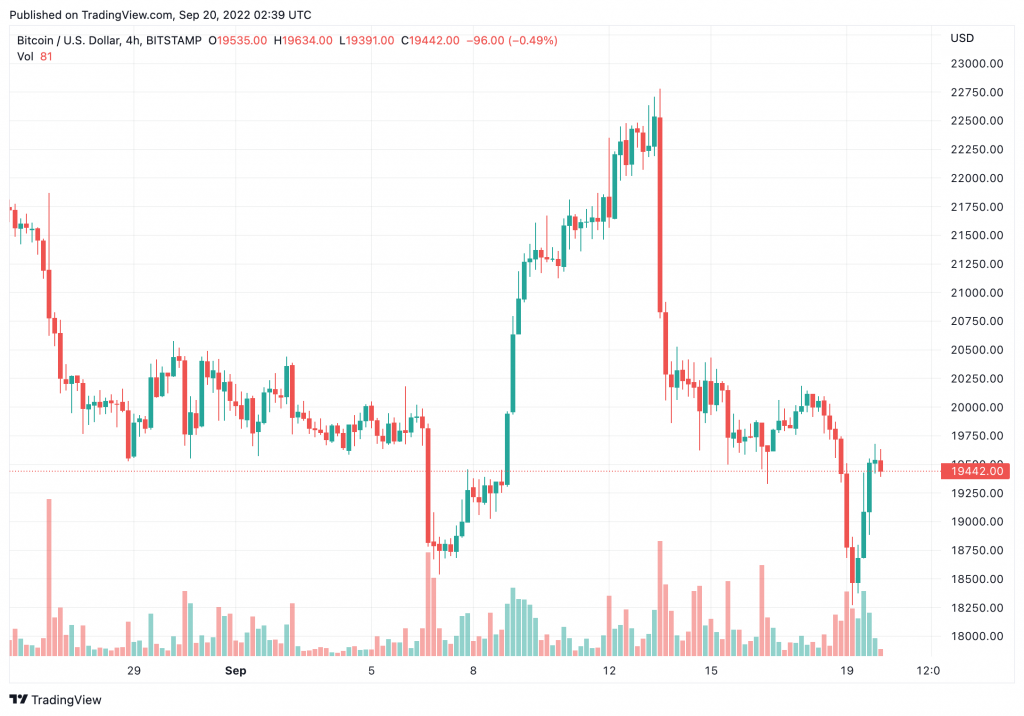 Bitcoin price was up 0.30% on strong daily volume. The price fluctuated widely throughout the day as the largest cryptocurrency by market cap at one point fell below $19,000. A sharp drop of 3.47% but prices reversed course as U.S. markets opened. The decline occurred at six times the average trading volume and implies an overreaction to the downside that was subsequently corrected. There was little in the way of economic data reports that could account for the decline.

Ether (ETH) was 1.72% higher, ending a slide that began after last week’s successful Ethereum Merge. A look at ether’s hourly chart indicates a similar pattern to BTC in that it also fell on higher volume during the 02:00 UTC hour, only to reverse course later. Ether has fallen approximately 17% since the Merge.

“Crypto markets have obviously taken a big hit over the past week, but it’s interesting to see where social interests have shifted. ETH, XRP, ADA, MATIC, and SHIB have increased in discussions, while most other assets are being discussed far less”, Santiment reported. 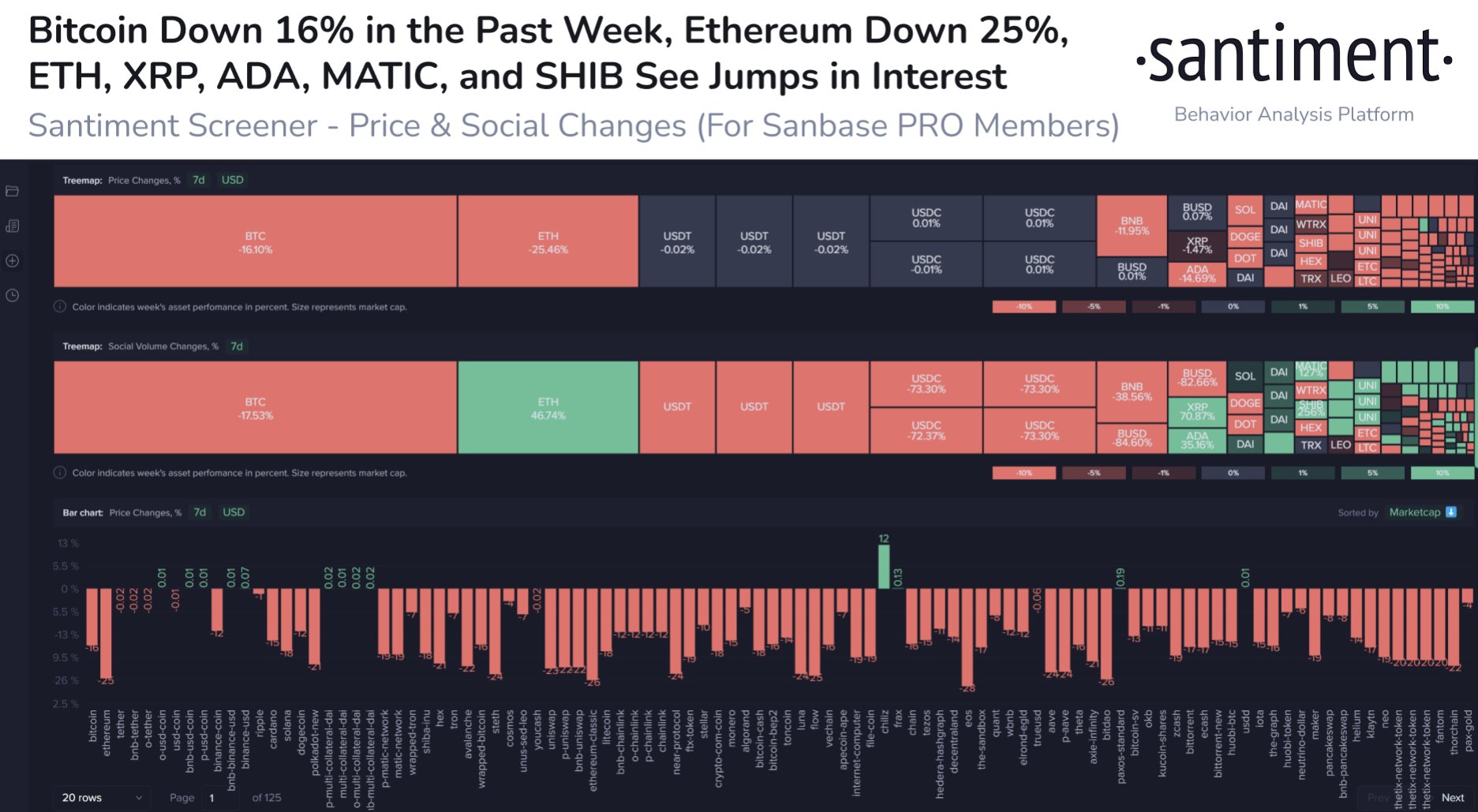 Most other major cryptos were in the green after climbing over the course of the day with XRP and SOL each recently up more than 4% and ALGO rising over 7%. XRP led gains in CoinMarketCap’s top 10, rising 8.2% to $0.38. This follows the U.S. Securities and Exchange Commission and Ripple Labs Inc., the token’s issuer, seeking a summary judgment in the long-standing lawsuit in an effort to reach a conclusion without going to trial. Solana was the second-biggest mover, gaining 5.4% to trade at $32.70, while Dogecoin gained 2% to change hands at $0.058. Among the biggest losers, TRX and UNI were both off approximately a percentage point.

Investors await the results of the U.S. Federal Reserve’s Federal Open Market Committee (FOMC) taking place on Sept. 20 – 21, which is expected to conclude with a further 75-basis-point hike to combat continued inflation.

Market analysts at CME Group currently predict there is a 19% chance the Fed will increase rates by a full 100 basis points, given August’s Consumer Price Index defied expectations to show inflation had actually grown throughout the month by 0.1%. Interest rates in the U.S. are currently set at a range of 2.25% – 2.5%.