Bitcoin price and a few altcoins had a good day but Ether was down, what happened?

Bitcoin continued its recent, mini-rebound at least temporarily. The largest cryptocurrency by market capitalization was still chugging along near $32,000, the threshold it crossed during midday trading, the follow-up to a U.S. holiday weekend surge. At the time of writing, the Bitcoin price is exactly trading at $31,896. 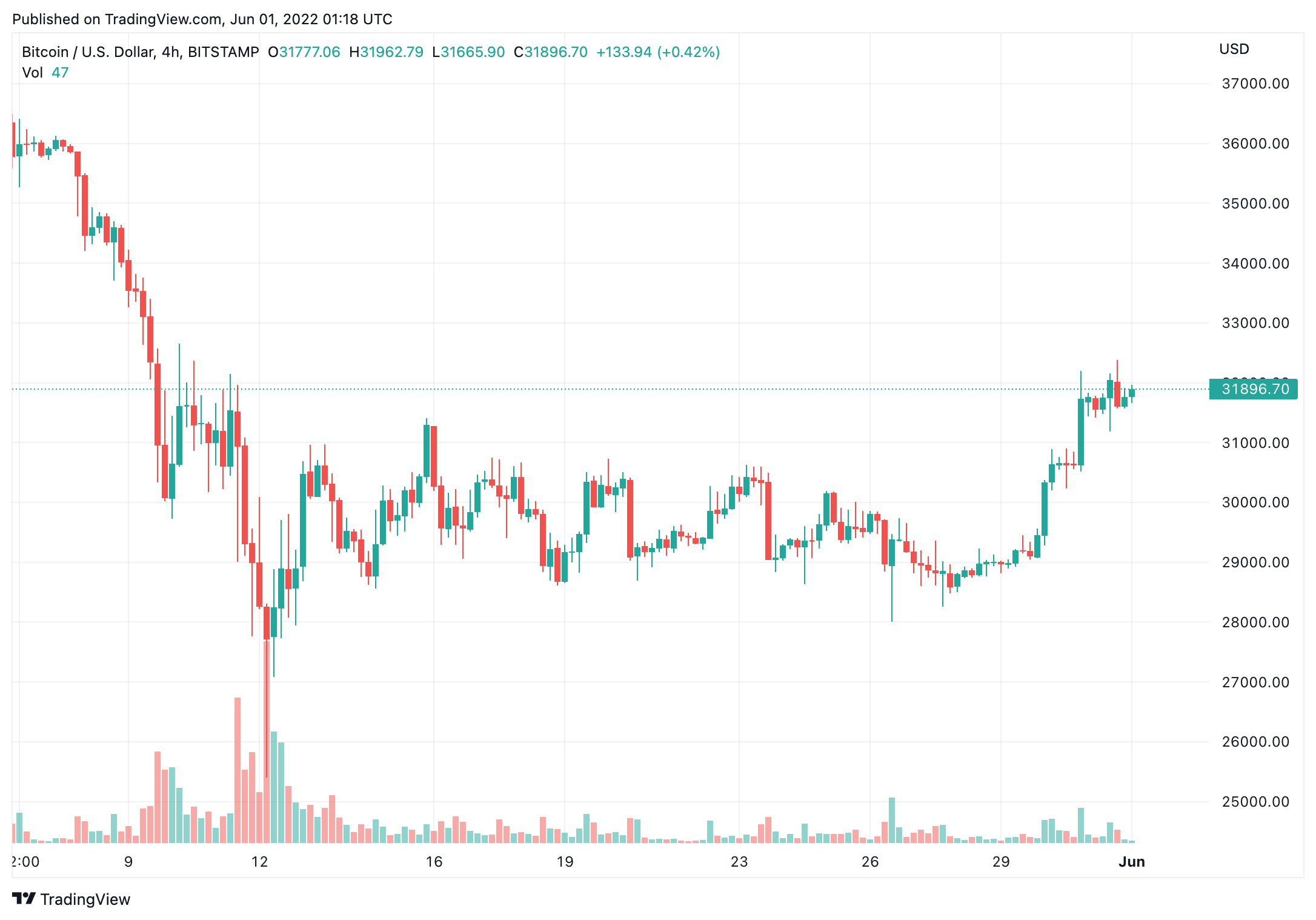 Bitcoin has risen nearly 8% over the last nearly four days. Still, analysts remained cautious about predicting any long-term bounce to the upside amid ongoing inflationary concerns and the prospect of a recession.

Bitcoin broke above a short-term downtrend over the weekend and reclaimed the $30,000 price level. The cryptocurrency is experiencing a relief bounce after several weeks of oversold readings on the charts. Still, resistance at $33,000 and $35,000 could stall the upswing in price. The relative strength index (RSI) on the daily chart has risen from oversold levels over the past two weeks, which supported the buildup in price momentum. The 14-day RSI is currently neutral and will need to remain above 50 in order to sustain the relief bounce.

On the weekly chart, the RSI is the most oversold since March 2020, which preceded a crypto rally. This time, however, the significant loss of long-term momentum suggests upside could be limited.
For now, price action could stabilize above the $27,000-$30,000 support zone, which could delay additional breakdowns on the chart.

📊 With #Bitcoin back at $31.3k, we see some good signs backing up this mild rebound. Social dominance shows a pattern similar to bounce spots that we saw back in 2021, and the crowd appears to have given up on #buythedip optimism. Read our short take! https://t.co/JHJdkTNSYc pic.twitter.com/QyhbOanhsC

Bitcoin was faring better than Ether, which spent much of today in the red and was recently changing hands at about $1,950, a 2% decline. Other altcoins were mixed with Solana (SOL) and Avalanche (AVAX) recently down over 3%, but ADA soared over 25% at one point amid a rise in the issuance of native assets on the network and the upcoming Vasil hard fork, a network upgrade expected in June that would increase scaling capabilities. Axie Infinity (AXS) rose by as much as 15% over the past 24 hours, compared with a 4% rise in BTC over the same period. In contrast, AVAX declined by 3% and Monero (XMR) was down by 4%. Overall, trading conditions remain choppy in cryptos and stocks despite the current pause in risk-off conditions.

The overall cryptocurrency market cap stands at $1.313 trillion, and Bitcoin’s dominance rate is 46.3%.