Another mining difficulty adjustment occurred at block height 772,128. The mining difficulty increased by more than 10% to an all-time high of 37.59. The total hashrate of the network is 269.02 EH/s. The flagship cryptocurrency is currently selling just beyond the $21,000 mark.

Bitcoin mining difficulty is a measure of how difficult it is for a Bitcoin miner to locate a valid block to add to the blockchain. The complexity algorithm adjusts itself after every 2,016th block, resulting in a new block every 10 minutes.

Since Bitcoin’s network hash rate — or hash power — has been gradually increasing over time due to miners upgrading or purchasing more powerful equipment, the Bitcoin mining difficulty has surely been steadily growing.

This is called “a difficulty adjustment” because it helps to ensure that blocks are found approximately every 10 minutes, regardless of the total hash rate available over time under ever-changing network conditions.

The more people that try to mine Bitcoin, the more difficult it becomes since miners compete against one another and/or pool their resources. This makes it more difficult for anyone to obtain a block reward, implying that awards will be lesser and less frequent. 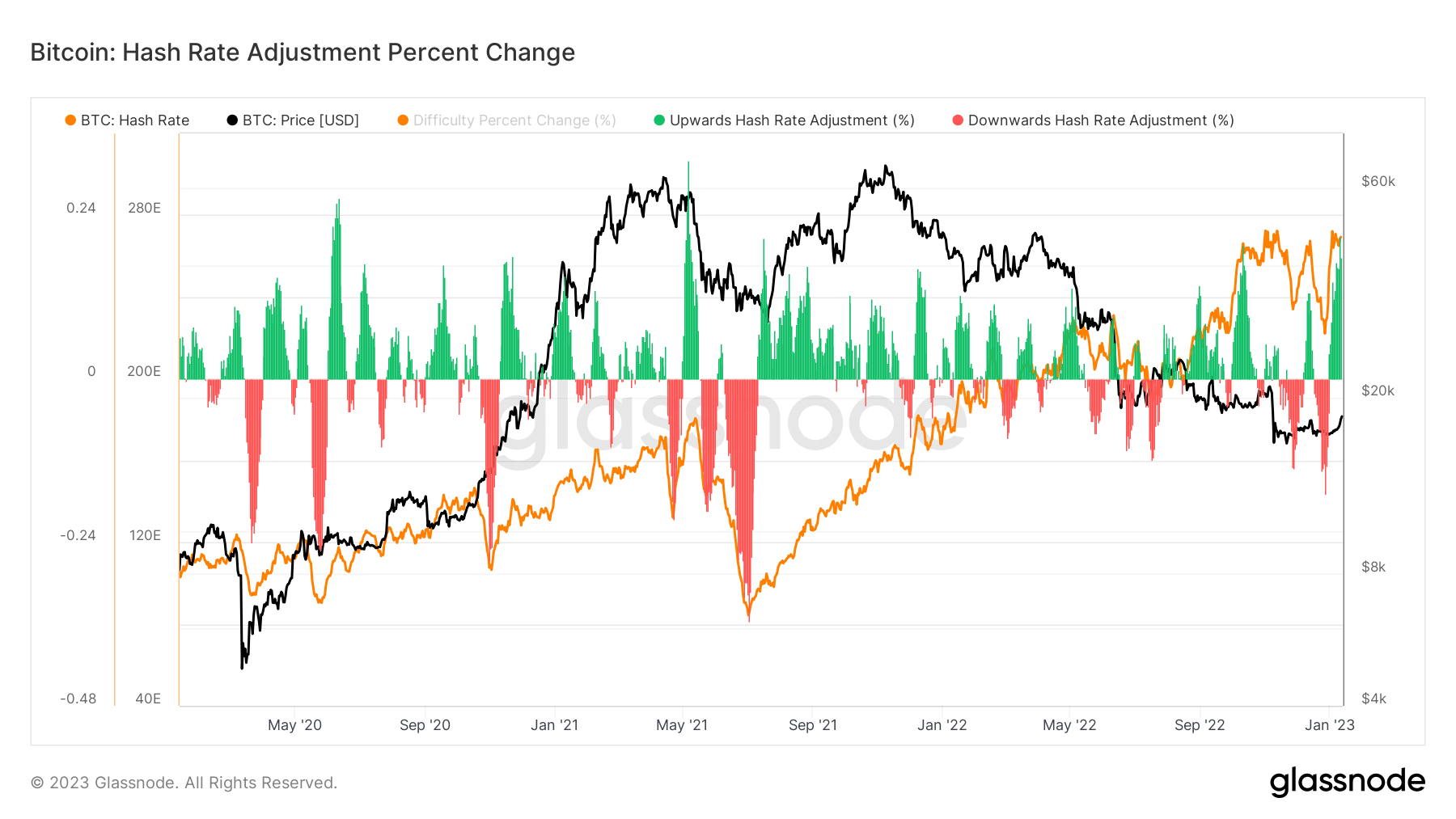 It also boosts security by making it nearly impossible for bad actors to do anything nefarious with their mined blocks. However, the relationship between Bitcoin mining difficulty and Bitcoin price can be difficult to prove. Given their timescale disparity, these two indicators are not generally directly associated.