Social Capital CEO: Bitcoin is uncorrelated to financial markets so people should invest 1% of their wealth in it

Chamath Palihapitiya, Virgin Galactic Chairman, and Social Capital CEO, recently doubled his advice that people should allocate at least 1% of their portfolio to Bitcoin for protection. He believes that if assets soar in value, it will be caused by damaging world events and the lack of appropriate countermeasures by governments. 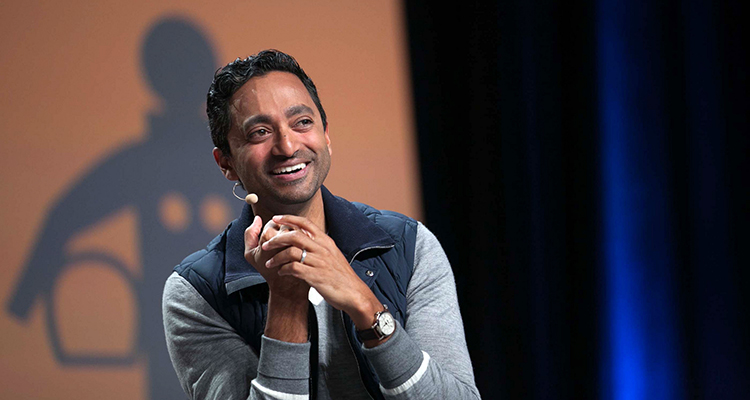 The lack of an underlying correlation of Bitcoin is positive

In a recent podcast, the former Facebook executive noted that the US Fed and Treasury had made some sort of decision to change short-term windows consecutively since the COVID-19 pandemic. By doing so, they have massively increased the country’s credit and debt.

The extent of these actions are so severe that the US government is now “responsible for more than 50% of the GDP,” which has changed the nation’s fundamentals:

“This essentially makes us a quasi-communist country, a socialist country at a minimum, except without any of the benefits. You still have sky-high health care and exorbitantly high useless education. So, it’s like the worst form of socialism – dummy socialism.”

Therefore, these latest events could lead to devastating consequences for regular people, he warned. If they have worked hard with their minds, they will have the opportunity to ensure that they will not be wiped out if the government continues to make a series of bad decisions.

To fight these potential consequences, Palihapitiya outlined Bitcoin and its fundamentally uncorrelated nature to that “decision-making process and decision-making body.”

“At the end of the day, any other asset class – equities, debt, real estate, commodities – they are all tightly-tightly coupled to a legislative framework and an interconnectedness in the financial markets that bring together many of the governments that behave in this way.”

As such, buying Bitcoin is the necessary insurance to protect you against adverse government decisions, he explained. It is worth noting that well-known hedge fund manager Paul Tudor Jones III also recently said that he bought BTC as insurance against growing inflation.

What happened to BTC’s success?

The venture capitalist reaffirmed his previous stance that people should invest at least 1% of their portfolio in the primary cryptocurrency. This time, however, he elaborated more on why and how this insurance can be protective:

However, Palihapitiya does not consider the COVID-19 pandemic a critical event that will turn people into Bitcoin. He added that those who wait for such a semifinal event, actually create a lot of speculation and increase unnecessary expectations, which is not conducive to wealth.

Instead, he noted that:

“A parade of terrible – a bunch of small things that eventually will add together to bring down the entire way we think the financial infrastructure of the world works. Historians will try to pinpoint an event, but I think it won’t be worth the time.”

For the first time since 2018, Ethereum is once again seeing over 1 million daily transactions

Glassnode report: The number of Bitcoin whales has been…

Why XRP price severely crippled and unable to gain positive…

Vitalik Buterin: Ethereum is gearing up to supercharge its…

The Russian criminal court rejected the 99.7 BTC claim from…

Cardano Shelley upgrade has begun and Cardano price is now…

Vitalik Buterin: Ethereum is gearing up to supercharge its throughput as developers continue to work on ETH 2.0 update

The Russian criminal court rejected the 99.7 BTC claim from the victims because Bitcoin was not recognized as legal tender

Bitcoin, gold, crude oil, and the US stock market all increased sharply throughout the second quarter of this year.…
Ripple News

Grin is a privacy-focused cryptocurrency that does not require censorship in Mimblewimble implementation. Grin's…
Education

Metal (MTL) was released on June 20, 2017, by Metallicus, through an ICO. This is the official token of the Metal…
Ethereum News

Vitalik Buterin: Ethereum is gearing up to supercharge its throughput as developers continue to work on ETH 2.0 update

The average transaction fee on Ethereum only reached its highest level in nearly two years, as the network…
Bitcoin News

The Russian criminal court rejected the 99.7 BTC claim from the victims because Bitcoin was not recognized as legal tender

Bitcoin price is showing some strong signs right now as it tries to push up to $ 9,300. At press time, Bitcoin is…
Cardano News

By the time of writing, the Cardano price has increased by nearly 15% in the last 24 hours, trading for about $…
Loading ... Load More Posts No More Posts