Bitcoin fell further on February 3 as analysis showed that old resistance levels have returned to the bulls.

After tech stocks shocked the world in Wednesday’s trading, major cryptocurrencies have struggled to stabilize.

Adding to this, the 14-day RSI is once again turning lower, this time dropping below the 35 midpoint, weaving deeper into the oversold zone.

The RSI is currently at 34 but if this week’s momentum continues to decline, the indicator could hit as low as 29. Trader Rekt Capital reveals the area at $38,600 – a resistance at some point in 2021 – is once again acting as a tough hurdle that the bulls need to overcome.

“Indeed, BTC produced an upside wick into resistance on its latest recovery. For the time being, this ~$38600 area continues to figure as resistance.” 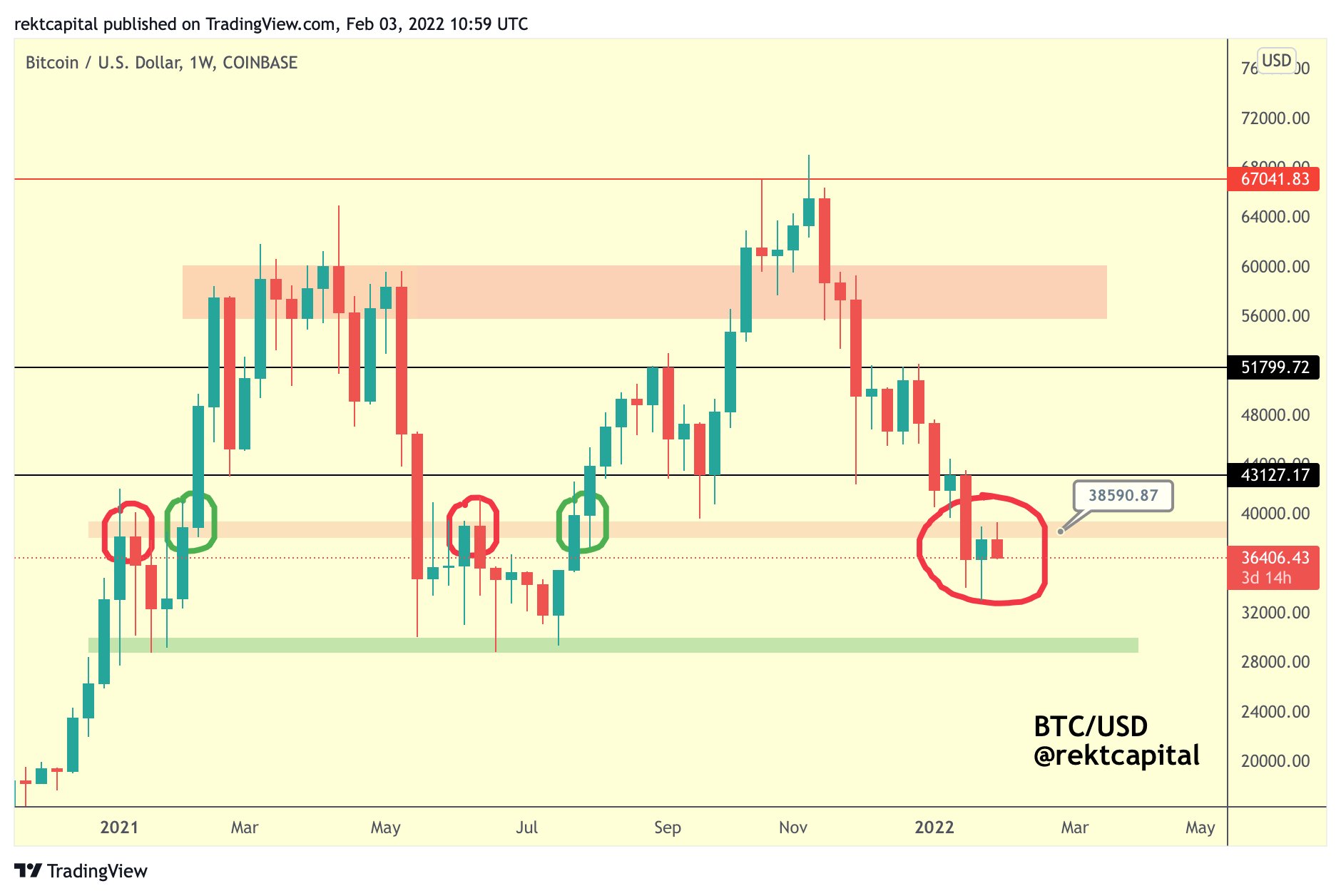 However, according to trader Anbessa, “the lower, the better” for Bitcoin:

Moving on to on-chain indicators, Bitcoin’s Puell Multiple has flashed a major “oversold” signal following the RSI. This indicator, created by David Puell, uses miner revenue against spot prices to determine when prices are too high or too low.

The Puell Multiple is currently trending down and has been at its lowest level since June 2021, the midpoint of the pullback following China’s mining ban.

Bitcoin and Ethereum continue to trade almost in tandem…

Bitcoin price recovers above $30,000; most altcoins are…

Over $1 billion on Anchor Protocol liquidated in just one…

3 metrics provide an overview of stablecoin topography after…

Texas has ambitions to become the most important cryptohub…

SEC does its best to protect Hinman’s emails in the…

Stablegains is facing a lawsuit after losing $44 million of…

Bitcoin and Ethereum continue to trade almost in tandem with…

According to Santiment, three metrics provide an overview of stablecoin topography during and after the TerraUSD…
Altcoin News

According to IntoTheBlock, Dogecoin (DOGE) returns have increased slightly to 53%, after falling below 50%…
Bitcoin News

Bitcoin price was down by 3% over the past 24 hours and is roughly flat over the past week. At the time of writing,…
Breaking News

What’s the future of DeFi? How can blockchain projects shake the reputation for being bad for the environment? What…
Breaking News

Cryptocurrencies, which have always been associated with decentralization, have logically never had a centralized…
Breaking News

Ripple has announced a $100 million investment in combating climate change. This funding will help accelerate the…
Loading ... Load More Posts No More Posts